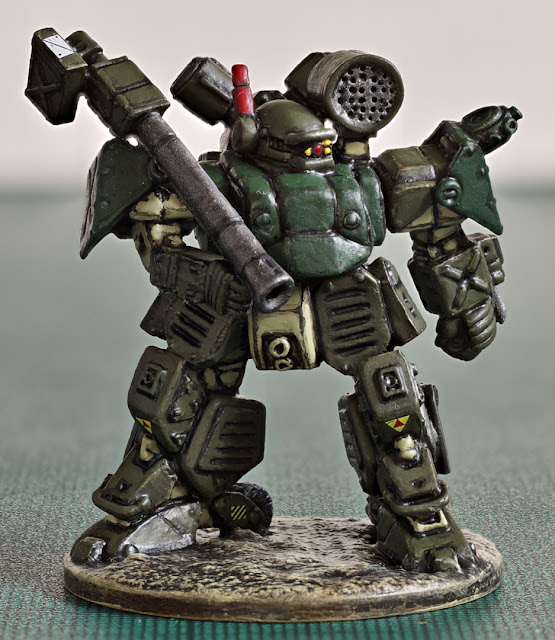 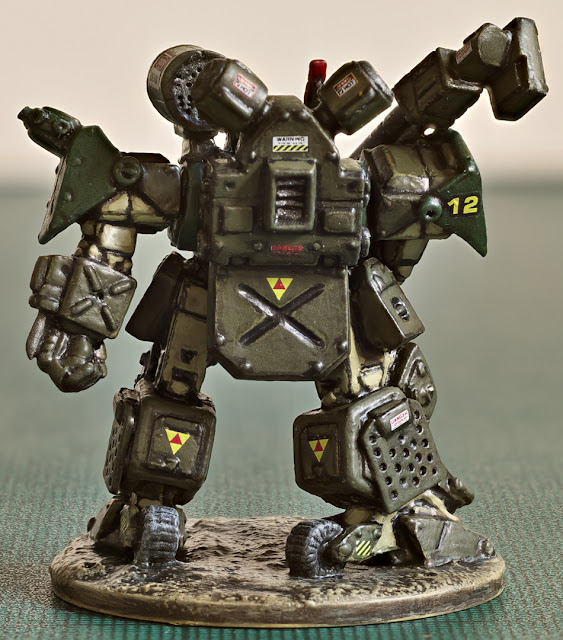 And here it is, painted, decals applied and varnished.  A classic real robot anime scheme inspired by the VOTOMS show. 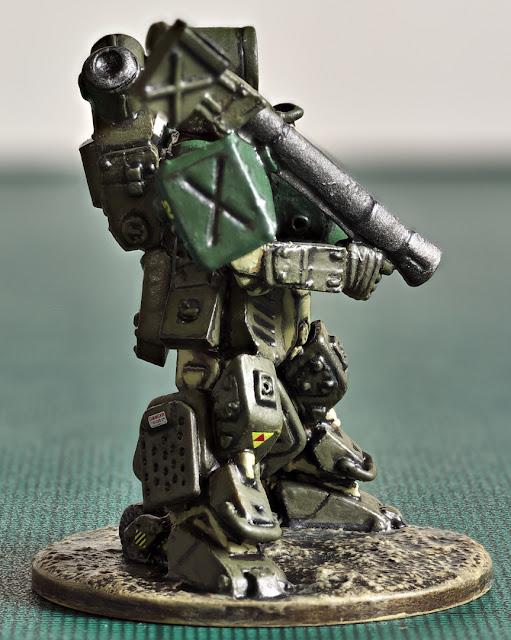 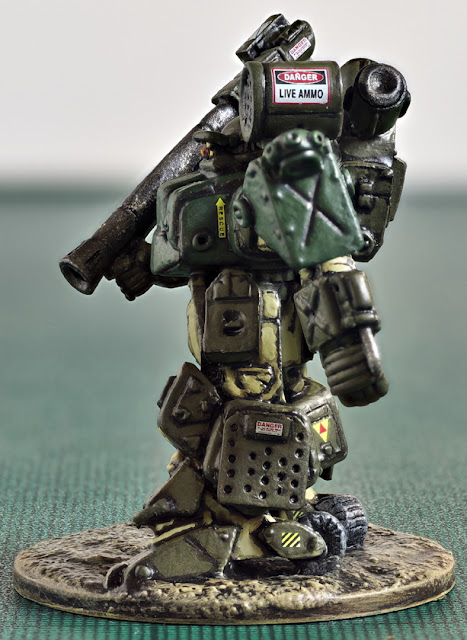 Also, I'd like to add an observation about size and scale, one of my hobby horses.

Funnily enough the RAFM Hunter, if treated as a 1/100th scale model, which is 3mm to the foot would stand 14.5 feet tall in real life.  So everybody is right when they say these models are suitable for 15mm wargaming, because they are.

I found  some pictures from the RAFM catalogue Heavy Gear Northern Guard online, with a list of all the models issued.  Those listed in bold are those I've managed to get hold of.  Still looking for a model of the Kodiak for my collection just because I like it.

So my plan now is to make up my standard Hunter next, and then the assault Hunter and a Jaguar so I can field a four Gear squad.  After that I'll make up a squad of Southern Gears then it's either the Cheetah or Bricklayer: the former is missing its butt-plate and the latter is missing its claw, so both models will need to have new parts fabricated.

Day by day my RAFM Gear Force proceeds to grow ever larger.  Muwuhuhahaha!