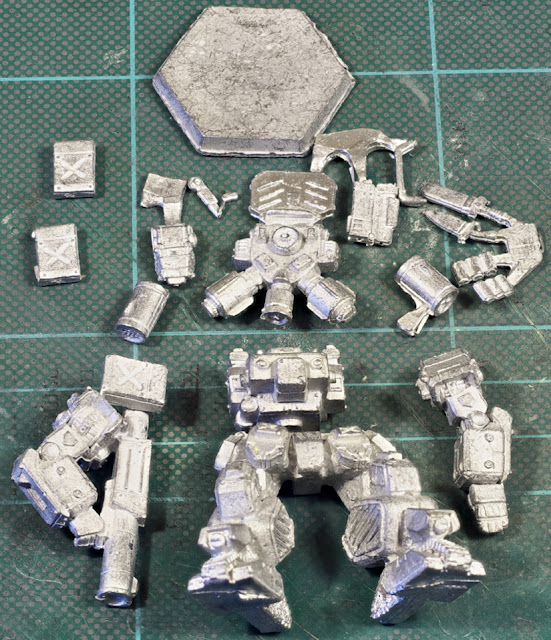 Again, due to the kindness of a fellow wargamer, Jochen Wenzel from Germany, I now own a Grizzly... ho, ho, ho!  Jochen thank you very much for your generous offer, I'm lost for words.

My plan is to be able to get nine Northern Guard Gears onto the table.  A squad of four with three Hunters and a Jaguar; a fire support team of said Grizzly and a Fire Jaguar; and a recon team consisting of a Cheetah and a White Cat; lead by a command Hunter.

I then plan to make up my five remaining Desert Shark Hunters.  I'll use them to add another squad consisting of four Hunters, and put the other one with my command Hunter to act as his support for larger games to act as the force senior sergeant.  From that you can tell I plan to have a mechanism in my game so that commanders do things that are useful to the outocme of the game.

In an ideal world I would be able to have mechanisms for the impact of logistics, but even I think that will be for the campaign rules.