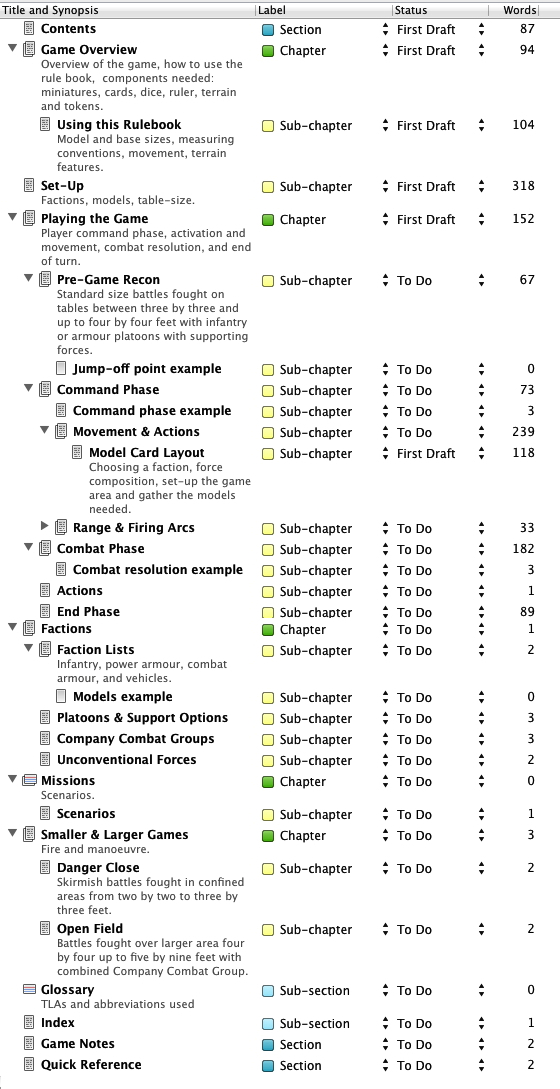 Here's an update on my progress with writing the Bad Dog rules, the initial outline can be seen here.

For those of you who don't know, I've been busy writing other stuff.  If you follow my other blog I've been involved in editing my second novel and thinking about the feedback I received from my first novel, which was rejected.

In addition, I've been busy writing a monthly article for Galactic Journey:

And if you haven't read Galactic Journey, it's a blog that is recording what is happening on this day 55 years ago that relates to science fiction and fantasy, and of course space. 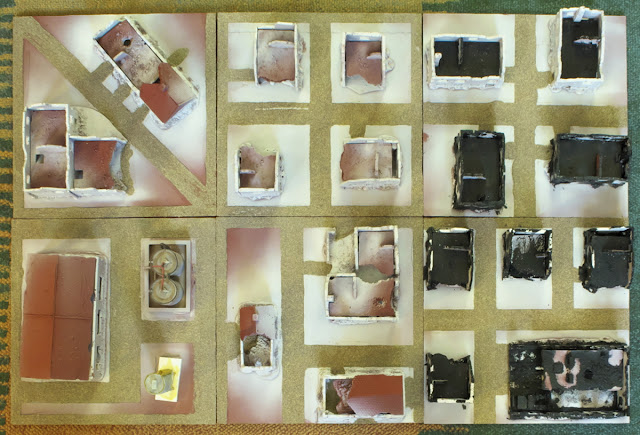 Back in the real world, I have made eight town boards for wargaming on.  This is not enough to make up a three-by-three area to play on, and arguably I want a minimum of twelve boards to make up a four-by-three area, which would pretty much fill my dining table.

It would be good to have a choice about what boards to use or swap out to make more scenarios too.  Hence six more board for my Newten Town project. Hence Phase 3.

I've had these hanging around for a while gathering dust and thought it's time to get on with finishing them.  After all they won't paint themselves.  I'm doing dribs and drabs as the mood takes me, but with my Heavy Gear KickStarter models arriving in the foreseeable future I really need to get my act together.

So much to do, so little time to do it in. 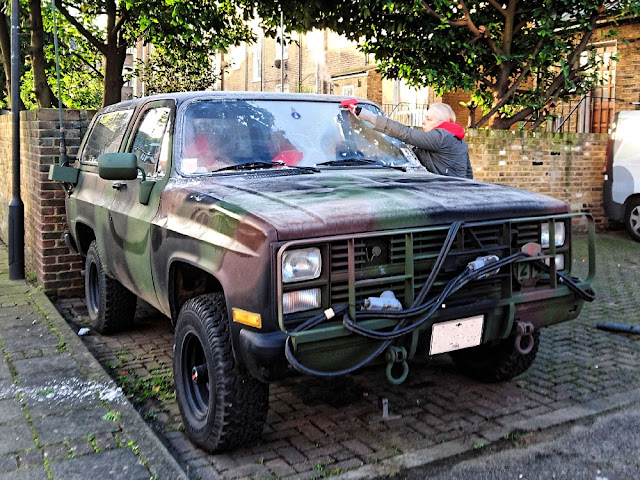 I own a classic military vehicle.  I mention this, not because it has any great wargaming relevance, because lets face it a M1009 CUCV radio truck is hardly likely to be the central attraction of a wargame, but because of an article on fuel consumption.  My partner was reading a piece comparing modern cars, and trucks, claimed mileage per gallon versus the actual miles per gallon.

As was her wont, she then thought about my truck, and went off and found figures for it.

Would it surprise you to know that my 1984 Chevrolet Blazer with a 6.2 litre V8 diesel has a better mileage than a smaller modern Land Rover.  Also, officially my truck produces 160hp, at the wheels where it counts, and though the official figures are 19 mpg, probably because I'm an old biddy who potters around town, I record 22 mpg.

Who would have thought that a 32-year-old classic car would be greener than a new car with all the whizzy toys?

Also, it's worth remembering that if one is going to go on about being green, then one has to factor in the carbon cost of making the car.  A first order approximation being that the resources used to make the vehicle are equivalent to the amount of fuel the car will consume in 100,000 miles.

Ironically, cars that are more economical will need to go further than this.  I mention this because my truck is now standing at 99,902 miles on the clock, which also means the engine is probably just about run in.

So not only is it painted green, but it's pretty green to run, as time adds a certain quality when a vehicle is still soldiering on after 32 years, because the biggest cost is building it.  Besides which it carries all our gear when we go off to do archery practice on Saturday.