The above picture makes my models look rather stunning I think.  They're good, but this makes them look excellent, which is what I suppose a good photograph should do – capture the best aspects of the subject.  Certainly made me realize how much I originally liked the scheme (Edit: Comment added for context).


I'm having a moment of doubt.  The questions causing the doubt are:

1. Does this scheme work? (Edit: New photo answers that question).

2. Is it better to cut my losses on the Takara FS/144 miniatures and go down the Dream Pod 9 route?

With regard to the second question – it arises because I will need an OPFOR and I will be using both Caprice and Utopian forces miniatures from Dream Pod 9 to fill those roles.  But, would I be better off building a force where I can get more models if I should want to expand my current collection?

Procrastinating big time on this question. 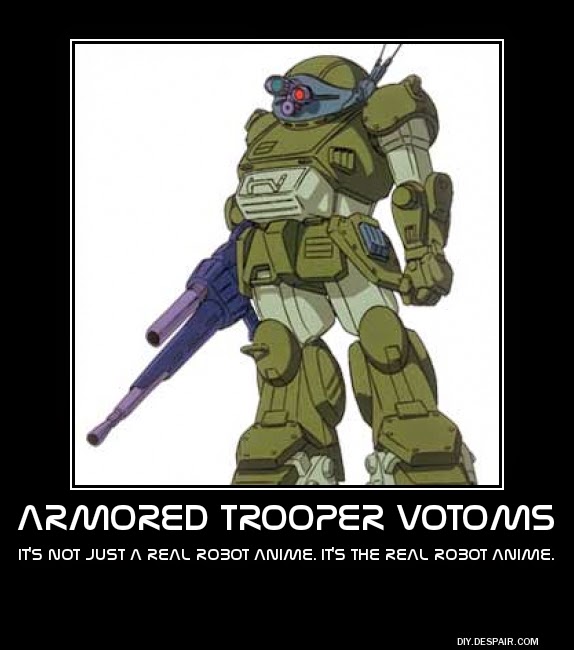 NB: I went and updated my pledge on the Heavy Gear Kickstarter to the full core set. 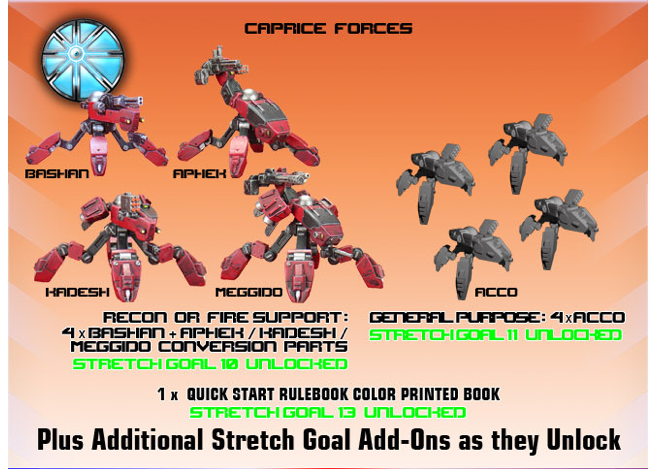 I admit it I gave in and made a pledge for the Heavy Gear Kickstarter, initially only for a dollar, but then came to my senses and upped my pledge to $65.00 for the Caprice starter army.  I like the look of the four legged walkers, and at the price listed it's win-win, plus the add-ons and postage and packing deal for this was too tempting.

I have to admit that while I love the Heavy Gear universe, I have no one to play with, and largely I'm buying these for games in my own universe, which I still have no-one to play with, but it keeps me busy and off the streets.  So my plan is that these Caprice walkers will form the core of my Russian Federation special forces unit, and will face off against my VOTOMS who will be used as my Confederated States Marines.

Well we toddled off again this year to Warfare and had a jolly good time talking to friends we met at the show.  In no particular order John Treadaway, Henry Hyde, and Jon & Mel at GZG.  I didn't buy anything at the show, but I did have a lovely chat with Daryl from KR Multicase and resulted in me walking away with two replacement trays, and all I can say is what a great guy.

I also talked to the guy from Mutineer Miniatures, who I think was Kenny, but might have been Mark, my bad, about a Scottish show they go to, which was also interesting, and may lead to a guest post by them here at some point. 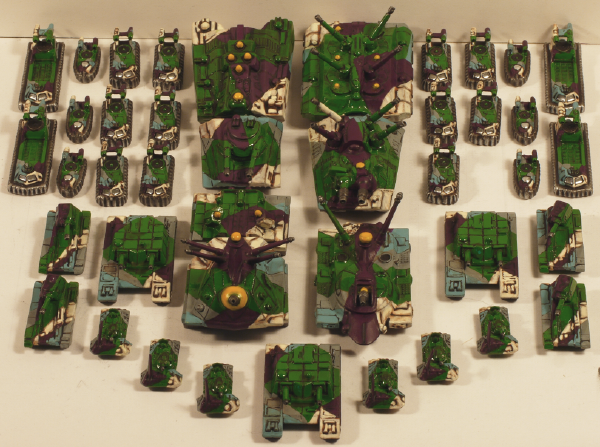 I shall be running the last official MIB Ogre miniatures event at Dragonmeet, which has moved to Earls Court this year.  Those eagle-eyed and otherwise astute players and readers of this blog will no doubt be wondering why I'm showing off more Pan European Federation forces, given how many I already have painted to plunk down on the tabletop versus the rather thin selection of conventional North American Combine units?

However, I have to get the North American Combine forces finished before the 6th of December, because I really don't want to be running a game with unvarnished models again.  So I transferred my NAC force from the painting tray onto the painting table this afternoon, which I couldn't do before because the table was occupied with my Pan Euro miniatures.

No small matter considering there are 60 conventional units and three Ogres sitting waiting for me to start.  Nearly double the amount of miniatures than in the above picture.  So the pressure is now on me to get my finger out and finish painting them.  Will I get them done in time?  Keep checking back to see, and cheering me on will also help

In addition, I've also been researching and working on an article for Miniature Wargames & Battlegames for my Escalation scenario, which I plan to support with rules for force morale and Tables of Organization and Equipment for the scenario ORBATs.  Justified I may add by the fact that I can use the ORBATs for a future novel about cybertank warfare and the end of the old world order.