Not all pixels are equal.

I say this, because it's true, if little understood by the non-photography enthusiast.  Understanding why all pixels are not equal is relatively easy explain but, and it's a big but, the explanation requires the willingness to come to grip with things like F-stops and ISO numbers.

F-stops are an abbreviation for the ratio between the focal length (the F in F-stop) of the lens and the size of the aperture and the corollary that one has to have larger lenses for larger sensors.  The F-stop numbers are actually shorthand for one over the number, so F2 is a bigger aperture than F16 because a 1/2th is bigger than a 1/16th.  Therefore the F-stop describes the size of the aperture that governs the amount of light that passes through the lens onto the sensor.  The squiggly math can be found here.

Then there is the sensitivity of the sensor, which is described using what is called an ISO number.  The three letter abbreviation comes from the International Organization for Standardization, see here.  In short, it's a measure of how well the sensor reacts to light and it tells you how sensitive the sensor is.  But, the higher the number used comes at a cost in image quality – usually noticeable as visual artifacts when there's not enough light to resolve the image being taken.  Ideally what one is looking for is a sensor with a low number like 100 ISO that has a large range that goes up into the thousands.

However, all of the above is relative to the sensor size and the number of pixels it has.  So it should be obvious that a big sensor with the same number of pixels as a smaller sensor means that the pixels are not the same size, and worse still, the amount of light gathered by the lens falling on said sensor is not the same either (if that doesn't make sense – remember that big lenses let through more light through them).

The difference in the ability of a large lens versus a small results in some thing that's called equivalence.  A large frame, 35mm film equivalent film camera, that has an F2 lens will be letting in two stops more light than a micro four thirds camera (equivalent to a half frame from a 35mm film camera) fitted with an F2 lens; or if you prefer the micro four thirds camera's F2 lens is equivalent to a full frame lens at F4.

That's probably confused you unless you're already savvy with cameras and lighting. So what does this all mean for the non-enthusiast user?

Here's a handy-dandy table to confuse matters by over loading you with lots of numbers.

So, if you're using your camera phone, which because it has a small sensor (the smallest frame size in the illustration above), and because a small lens effectively provides a wide angle of view, it will be easier therefore to take pictures of small objects and have more in focus.  But despite whatever the it says about the number of megapixels, because the sensor is so small, you'll be unable to produce high quality big pictures, which may not be a problem if all you do is post to the web.

Here's a simple illustration that compares the size of the sensor of a full-frame camera down to a smart-phone.  Here you can see the big difference there is is sensor size. 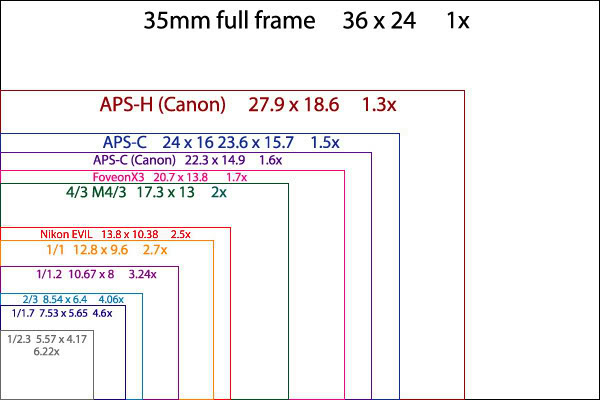 Now what this means, bottom line if you like, is that light is everything when it comes to taking pictures.  Also, bigger cameras capture more light, and don't be sucked into the more megapixels is better, if all things are equal, the size of the pixel really does matter when it comes to quality of your pictures.  This is what drives the image quality, which is also called picture noise comes. These are the artifacts or blurring you see when you enlarge a picture, which can be understood if you remember noise is defined by the ISO number of the camera.

Last weekend we went to Brighton to see my Godson, his sister and my dear friends who are their lovely parents.  I, now having a job, was able to fulfill my Godmother role of providing Xmas and birthday presents for both the kids.  Being that they're Star Wars fans, and having got them both the old Star Wars X-Wing core sets a year or so ago, it seemed like a good idea to get them the new core sets as their late Xmas presents and having talked to both of them I had a fair idea of what ships they liked.

So Dylan got an A- and B-wing, the B-wing being his favourite fighter, and Chloe got a TIE Interceptor and Tie Advanced aka Darth Vader's fighter.


Then they got to unpack everything and we ended up with sixteen ships on the table: six Rebel Alliance and Resistance fighters versus ten Imperial and First Order ships.  No attempt was made to balance the forces using the points system, all we did was not have any cards in play.  So all the fighters were pretty vanilla, and you know what, it was one of the best games of X-wing I have had the pleasure of playing.


Final outcome was a win for the Rebels/Resistance who only had to fly off the other-side of the table from where they entered, but the Imperials destroyed the fleeing B-wing.

On reflection, should have made the B-wing something the Rebels/Resistance had to protect, as it would have made for a more balanced game.  But apart from that the rules were up to the job of running a game without it becoming a slog or slowing down, though adding cards might have slowed down the turns, depending on what was chosen.

PS: a link to a cartoon that says it all.