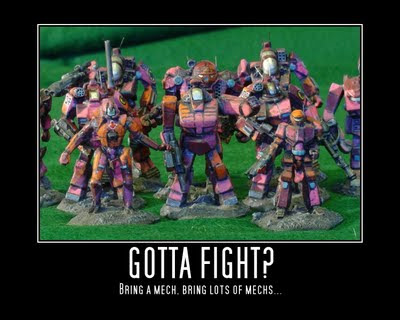 Well this is starting to another good weekend for me, if for entirely different reasons this time. For a start it is the British August Bank Holiday, so it is a three day weekend, and I like three day weekends, as they feel more like a weekend is suppose to.
I'm sure I remember as a child seeing Tomorrows World where it was predicted that by the year 2000, we would all be working a four day week and have more leisure time. Yeah right...

So, I went and had my hair done this morning and I think my hair is looking good. Then I spent the afternoon tweaking a bunch of battlemech designs in a program called HM Pro, which is a most excellent product.

I'm going through and making sure that all the mechs that I'm likely to use with the players are all equally efficient in their balance of weapons, armour and heat sinks.

I'm currently working towards setting up a campaign game to generate scenarios for BattleTech. I like scenarios that are generated from a battle having consequences, because one of the main problems is that certain strategies become more optimum when you know that the results do not affect the next game.

As an aside to this I've been following a thread on the Classic BattleTech forums about medium lasers, which started off quite well, but kind of went around in circles.

It seems that no one want to admit that there might be game balance issues with BattleTech, from the statistics that some of the weapons have. I can kind of respect TPTB for not wanting to address these issues. Afterall the game has been around for 25 years, and a lot of people enjoy playing the game as is. More power to them, is what I say.

However, I'm a game designer, and have more that a token interest in BattleTech, as I once wrote for FASA and designed some mechs for the game.

I'm also in the very privileged position of not having to make a real living at this hobby, I have a full-time job that does that for me. This does give me the luxury to stand back and look at things from an outside perspective. So a cliff note history of BattleTech is probably in order now.

Now the original games premise was that things made in the past were better than things made in the future setting that the game took place. There was a very strong Mad Max feel, and civilisation was on the brink of darkness. This was later changed when the game took off and they realised that the setting really didn't leave much room for future growth. Now, the thing that the game was, in the 1980s anyway, very much a glorified beer & pretzel game, good for picking up and getting on with some action.

Since then the game has grown and this observation is no longer the case.

The trouble is that FASA, god bless their little cotton socks, weren't the best people in the world at play-testing their games, and game balance appears not to have been tested to destruction, which is what you really need to do when designing a game. Certainly Steve Jackson of the company that bears his name argues so, and I would agree strongly with him on this.

The best people to have on a play-test team are those players who will mini-max designs to within an inch of their lives, and having some munchkin players to really beat the crap out of your work, will ultimately keep the designer honest. I've been there and had it done to me, it's a horrible feeling to have your baby pulled to shreds, but like any crucible, what comes out is pure gold. BattleTech appears to have missed out going through this process.

Back in the day I was almost hired by FASA to work for them full time, but in the end I ended up only doing one contract for them.

Unfortunately, my circumstances changed, and it would have been hard for them to justify a Green card to allow me to come over from England to work in Chicago. It would have been nice though. Anyway, my group of friends had done a lot of mini-maxing munchkinisation of BattleTech, in our own time, and given the opportunity back then, some of the things that are still present now might have been different.

As I said, I can see why the current owners of the franchise didn't rewrite the rules more for the current edition. It doesn't fit their profile, and it would have caused ructions amongst the die hard fans of the game.

However, I'm a free fan, and happy to take CGL at their word when they tell me that what I do on my table is up to me. So in future posts I will be talking about the things that I do that make the game better for me.

Feel free to try, or not, as the case may be.

Disclaimer: All posts are condensed & abbreviated summaries of complex arguments posted for discussion on the internet, and not meant to be authoritative in any shape, or form on said subject, T&CA, E&OE & YMMV.

Muwuhaha, and Now I Have a Blog: Trees too! 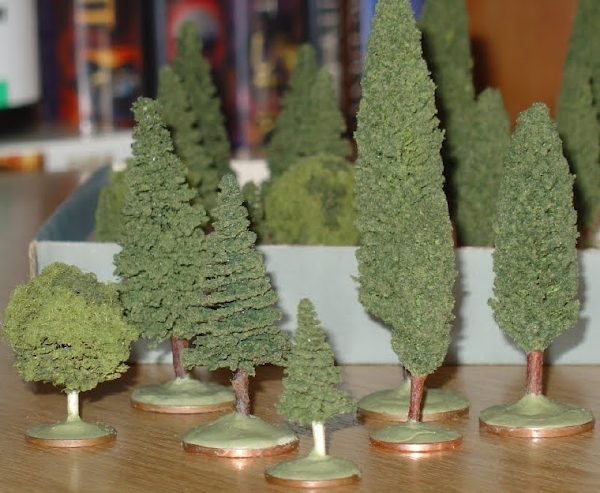 Taking my cue I enter from stage left to talk about my weekend. I had a good one, in fact given how ill I've been over the last three months, after being diagnosed with rheumatoid arthritis, it was a very good weekend indeed. What made it good was that I got to do somethings I wanted, have a friend come around and play a game, stay for a meal and generally managed to enjoy shooting the breeze.

So where to start?

Well I'm a pretty avid model maker, and spend lots of my spare time building stuff that interests me. I'm also a wargamer, though truth be told I don't play games as often as I would like, but do probably play as often as I can, all things considered. What I was making on Saturday morning was a bunch of trees for for playing miniature games with, namely BattleTech, Ogre and the like, as I'm a big SF fan too.

So I'll start with the trees.

In the picture at the top are the trees I've mounted on some metal bases to make them stand up and more resistant to falling over. I've also added extra ground foam glued on to bulk them out a bit. In addition, I've added some Woodland Scenics foliage netting to to some of them, which creates a nice airy volume.

These are not what I would call "hero" trees, but I hope that they will look better than the average wargaming tree. One of my bugbears is that most wargame terrain and trees, bar the very best top quality presentation games, are very much tokens that nod to the concept of the reality that underlies the game. I'm striving to raise the standard, whilst keeping the terrain modular and generic.

Anyway, as I said, my friend Clive came around in the afternoon and he indulged me by choosing to play BattleTech with me. Clive is a good sort like that. We set up a game on a hex map, but used some miniatures I have, and we only had to use one substitute mech, so that was good. Got through about three turns in about an hour and a half, which again is not bad for a three-on-three mech game.

Also, I was having to talk Clive through the rules, and he was struggling with tactics, as he generally plays more strategic and operational level games. He said he enjoyed playing, but I'm not convinced he is a convert to the BattleTech cause.

Afterwards we ate and chilled out chatting about other stuff, including the Live Action Role Playing game that we are both in called Contact!. This generates a certain amount of discussion, because the plot is quite convoluted, and the game has been running a number of years with player attrition due to real life issues raising their ugly head.

So, that's all until next time. 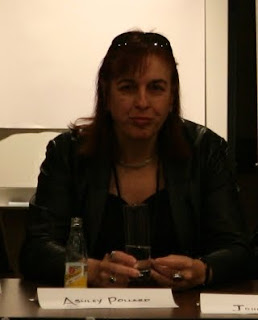 Well I thought it was about time that I started blogging, because it strikes me as a useful tool to help one get away from "Real Life (TM)". So, expect to see stuff on BattleTech, Science Fiction and other related hobby time activities that I spend my spare time doing in due course.