After nearly five years of using my Panasonic Lumix DMC GF1 I'm upgrading my camera system.  I got this as a present from my partner for my birthday, which is today, and is a significant double-digit number.  I've been spoilt rotten and I love her for it.

The last time I talked about upgrading my camera system was here.  This is a big deal, because photography is a thing for me, like breathing is a thing – can't live without it.

Anyway, my new micro four thirds camera normal resolution is 16 megapixels.  Lots of reviews on the web.  But what attracted me to it was the fact that it can take 40 megapixel still life pictures through a clever multiple exposure trick that moves the sensor between shots.  It's a good thing.  Especially good if one wants to take high resolution pictures of small toy soldiers.

The difference between my new Olympus OMD and my old Panasonic Lumix is that the latter was a digital camera while the former is a computer that takes pictures.  Colour me over excited.  Fortunately, I have an after market manual to help me learn all the functions, and I can't wait to take some pictures with it and post them here.

So far I managed to set the time and date.  As the saying goes, I may be some time. 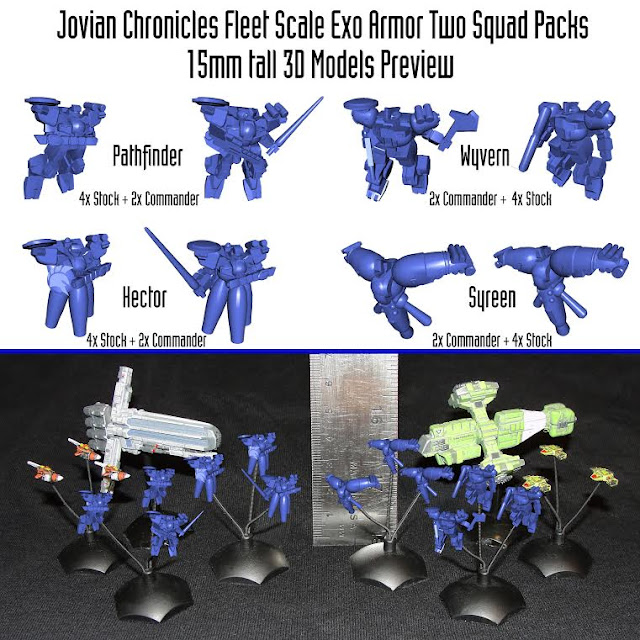 Over on Fire Broadside! there's an interview with Robert Dubois from Dream Pod 9 about new their exo armor miniatures for the Jovian Chronicles game.  Colour me excited because Gundam space battle games are few and far between and Jovian Chronicles is meant to be rather good.  So I'm keeping an eye on the new releases and given that I now have a part time job I may be int he position to buy some in the future.


In the process of answering my friend Clive's question of why I brought so many miniatures to Blast-Tastic, the answer here, inspired me to finally got me working on naming my North American Combine force.  I finally decided that they will be called the 2nd Heavy Armour Brigade Combat Team.  In my mind they will be from the 7th Army's, 3rd Division.

Got have a name for ones armies, it makes them feel more connected to history.  The heavy description appended is made up to to account for the presence of Ogres.  The 2nd HABCT will consist of the following elements:


In the US Army each brigade also has a small support formation, but as in most games of Ogre/GEV these will only need to be represented for specific scenarios.

Though I won't be fielding models of all the HQ elements,  I do have four models, one for each of the non-Ogre Battalions.  I will also have some models to represent logistics support and air defense assets in the form of hover trucks and laser turret/towers that the Ogre/GEV rule set supports.  In addition I plan to make some recovery vehicles, also  if I ever get a model of a Vulcan Ogre it will be assigned here.  So nominally attached to the 2nd HABCT will be the following:


In addition, I will have models to represent the 3rd Division's artillery brigade, usually abbreviated as DvArty.  As an aside the troops on the ground often refer to DVArty as DimArty, which is no doubt coloured by their experience of calling in artillery support:

When deployed on the offensive the brigade combat team will be allocated a Slice of the divisions support assets.  This will be more Ogres as follows:

Finally, to round out my force, I will have one Ogre Ninja, which I'm going to assume is an asset attached to the 7th Army's, 3rd Division:

Many thanks to Owen for helping me understand modern US Army formations.