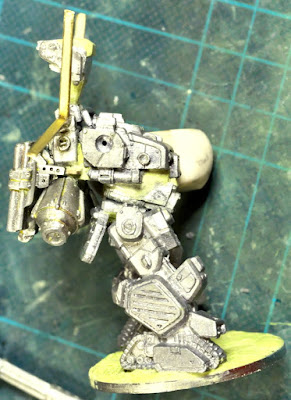 A close look of the modification to the body of the RAFM Grizzly that I did using a spare RAFM Hunter body part I had (spare, as in I have some incomplete RAFM Gears that require extensive additional parts to complete). 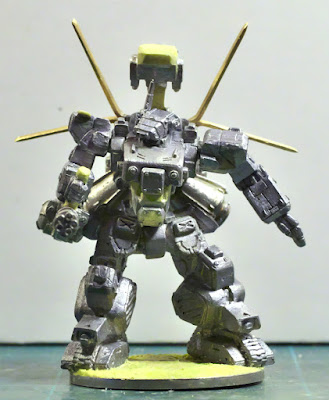 And as you can see I've scratch-built some brass antennae, which is part of the look for Ferretti's Buster. His combat armor suit is configured to provide fire support for a squad of combat androids, rather than take part in direct action.

What can I say? It's the Air Force way. 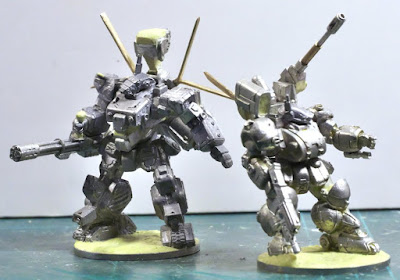 And finally, Dog and Buster, battle buddies for life. Tachikoma's Dog mostly complete, antennae done, just got to drill out the missile pod. 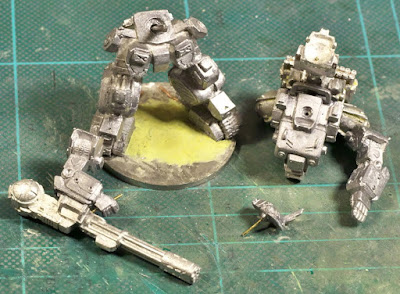 As a result of deciding to go back to mecha gaming in 15mm, because of the variety of the infantry available for the smaller mecha was too limited for my needs, I'm having to make larger models of the main character mecha.

Oh the hardship. Woe is me! This is the latest instantiation of combat armor suits to represent Ferretti's Buster to match Tachikoma's Dog.

A Work in Progress: One Step Back 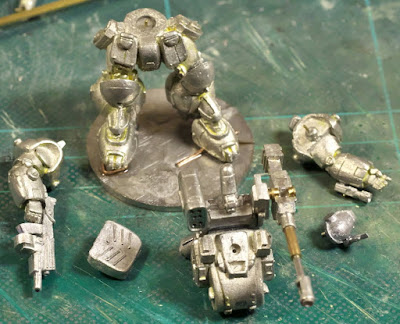 As I said last time, I found that I had bent the barrel and I would replace it with one made out of tubes, which is easier to say than do, as it took far longer than I thought it would. I also discovered that the missile mounting bracket was also easily bent and therefore needed replacing too.

A task that required me to disassemble the model, though it allowed me to rebuild both brackets.

And while I was at it, I rebuilt the bracket mounting the barrel as it stood too high for the look I wanted. Oh, and I then cut and repositioned the left leg to alter the pose.

Next it was Milliputting Time! Think Hammer time, but less flashy. 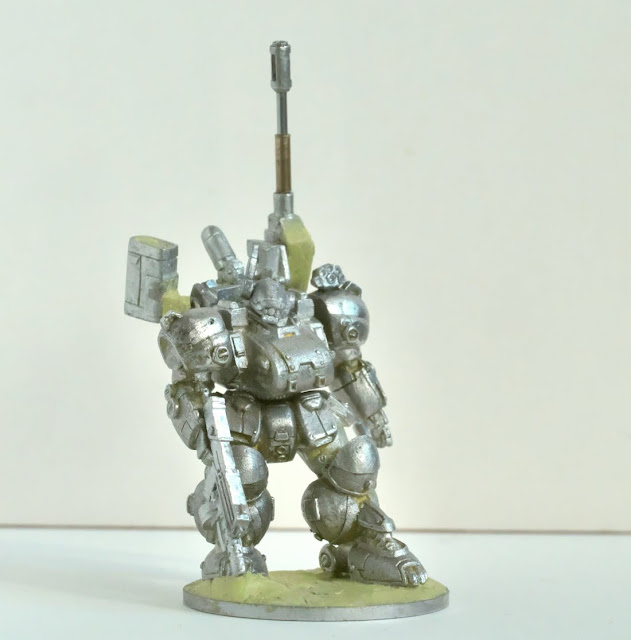 And so now here she is, in all her glory, but still missing a flashy aerial to match the look of Reeman's command Scopedog. And I need to drill out the missile pod too.

And because size matters, here's a comparison shot to finish. 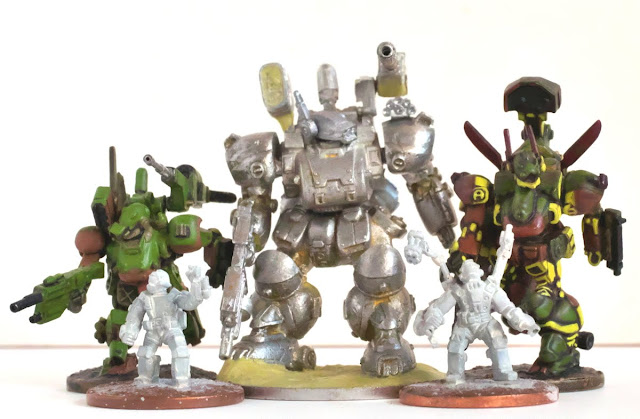 And that's all for now.. 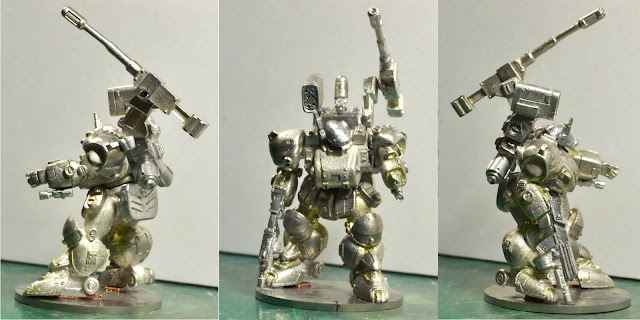 Taking this picture as a work in progress, reveals the barrel is easily bent, so I shall replace it with one made out of tube. Also, I need to add the command variant aerial, and an ammo feed for the top gun, which I'll probably lower the bracket a tad, as it sits too high.

This model was inspired inspired by the two Scopedog variants below (the Burglary Dog and Reeman's command Dog). 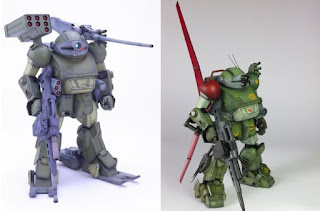 So another homage to VOTOMS, my favourite anime show, taking the best bits from my favourite looking variants.