It has been a year since I did the last post here on archery, and it has been an interesting year of shooting that would probably bore you all to tears if I went into the finer details of how to shoot an arrow.

I have not only achieved my first class archery award, but also bowman, which is as high as I can go unless I start attending record status shoots.  Quite frankly I'm not sure I have the energy and commitment to do this.  For a start it would mean travelling around the country to get to enough events to be able to shoot three or more rounds, while getting enough points to qualify, and then having to do it all again the next year.

Also, I have had to change my arrows again because my draw length increased.  The nice arrows I had borrowed from my beloved had become too short for me, and as a consequence hazardous to use–accidents can happen if you pull the arrow off the rest and let it loose. The longer arrows we had to hand are too stiff for me, and as a result my scores have dropped precipitously because I've lost confidence in them.

After much deliberation and worry an order was placed with Merlin Archery, and in due course the package arrived with the parts to make up a  set of ten arrows.  My first ever set of brand new arrows that I've bought, which are not hand-me-downs or secondhand acquisitions.


Having now used them, and with help from Sailesh, my club coach, I've been able to tune my bow to match them and I'm hopeful I will be able to improve my scores. 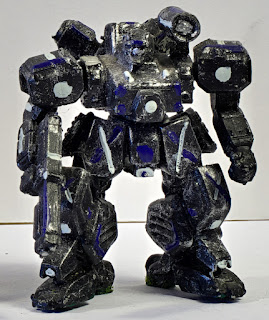 This is picture is of the pre-loved and slightly tatty Cheetah I got off eBay, which was sans butt-plate.  As luck would have it I could find no pictures on the web of the Cheetah taken from the rear.  Fortunately, I have friends who have complete Cheetahs to send me pictures of what the butt-plate should look like.

However, as luck would have it–or not, as luck only involved winning an eBay listing–I managed to buy a Whitecat.  This has the same V-motor butt-plate as the Cheetah, so I am now using this as a template to fabricate a replacement for my model. 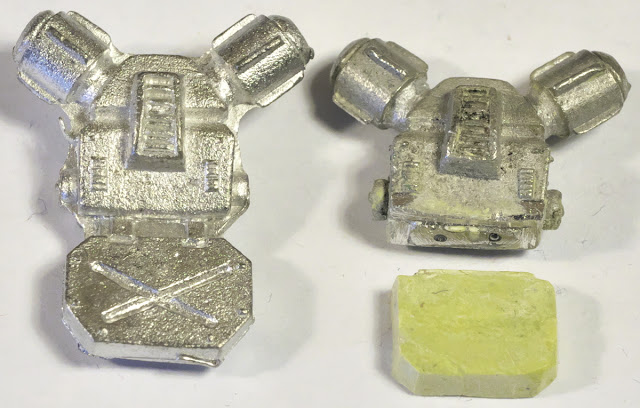 I started by bending up a bit of wire to make a frame for the Milliput butt-plate.  Then I added the Milliput and moulded it into the rough shape I needed.  Still a bit of shaping and carving yet to do, but it has been far too nice to be sitting indoors making toy soldiers to finish the job.

And here's the cleaned up Cheetah awaiting assembly. 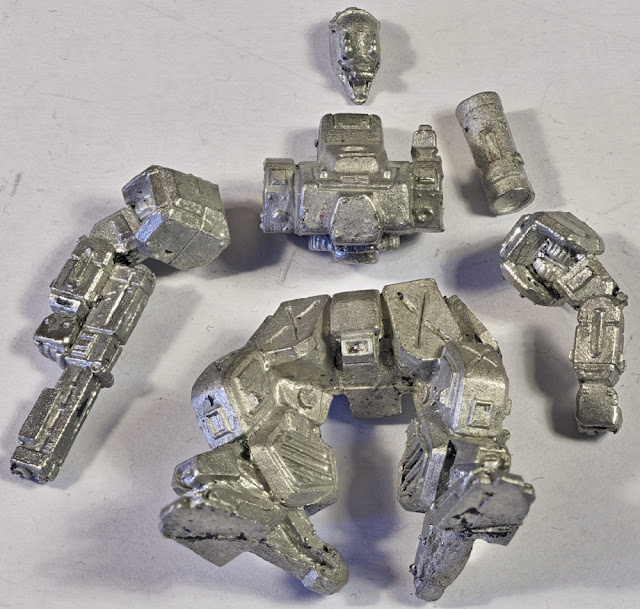 So, more updates to come, but now it's time to go off and shoot pointy sticks at round things: archery being lots more fun to do when the weather is nice.


I caught a link to a YouTube video, which I happened to have time to watch, which is not normally the case, where it ended by asking the following question:

"At what point do you want to become an advocate and a demo person for the game, for very little to no benefit?"

It's a good question, been there and done that too.  My answer is–it depends.

What interested me about the future of Wargaming Demo Teams piece was that any answer will also depend on where you come from.  Clearly the person who is discussing this comes from a different place from me, as do a large number of the commentators who left their opinions on the video

My impression is that most think one should be paid for hours demonstrating a manufacturers game, with the details of the payment being up to the company.  Ultimately, it's a decision the demonstrators makes if they agree to the company's offer.

A separate question of does this make the person who is demonstrating a game an employee,  is probably subject to what classes as employment under the law of the land.

My question is, when did it become an expectation to be paid to do a hobby?  Because for the life of me a hobby is something you do for fun rather than it being work, because work is not spelt F.U.N. Call me an old fogey.  And yes I've been a demo agent and got perks for demoing games for the company, but I did it not for the perks, but because I loved the game I was demoing.

And as for the perks, quite frankly not worth the time and effort I put into preparing the games, and at one level were a total insult since the terms and conditions of said perks meant I largely had nothing I wanted to use them on.

I consoled myself that it encouraged me to do something I already enjoyed.  And the the company decided that they didn't want me to demo games with the miniatures I had, I stopped.  No regrets, despite some gnashing of teeth over what I see as the shortsightedness of the decision.

But you know, not once did it even cross my mind that I was an employee of the company.