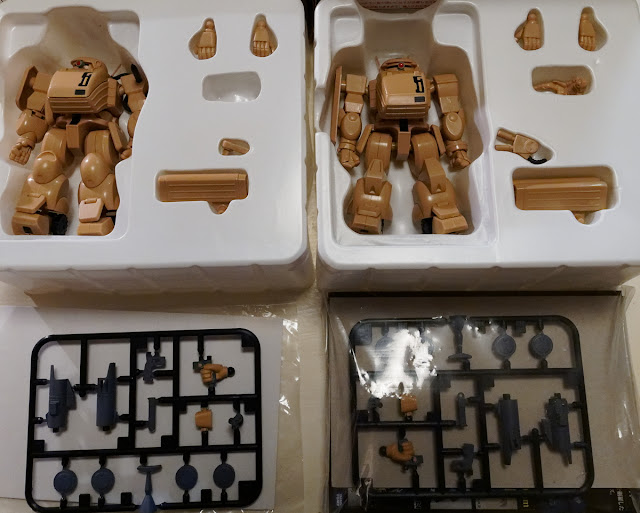 I managed to score four Takara Fattys off eBay via a dealer in Japan. These are Takara 1/48th scale Arctic Gear mecha from VOTOMS. Not as popular as the ScopeDogs, and other mecha that the hero drives, because these are what the mooks ride around in at the service of the bad guys.

But I rather like the esthetic of the Fattys.

So much so that I named the Chinese mecha in Bad Dog as FATS-Cs: for Flying All Terrain Suits-Chinese. Not their Chinese designation, which was Fireflies, but what the American forces called them. 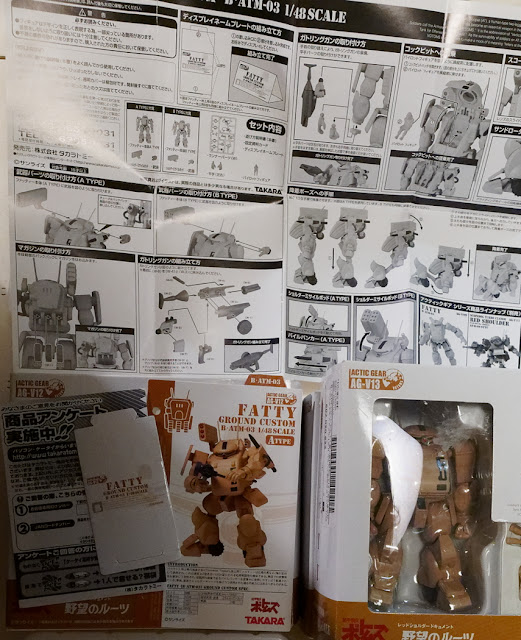 So, super excited to get my hands on these.

As an unexpected bonus, I received three with shoulder mounted multiple missile rack, and one with a smaller number of larger missiles. I'll designated the small pack as ATGMs and the others as generic rockets. So now I have enough 1/48th come 28mm scale mecha for a small skirmish style game.

In addition, when the Bad Dog rules come out, I will be able to feature pictures of these and my RAFM and DP9 Gears., showing differing sized mecha models. that the game can be played with. That has got to be good? Amirite? ;-)

Okay, that's all for now. Catch you on the bounce.