Okay, it's the Japanese and they are mad about mecha and all, but here is a genuine battlemech.

This most reminds me of the Tachikomas in Ghost in the Shell, but I can imagine that pretty soon someone will take the next step and have working legs too. Then the mech will be very much like the Scope Dog in VOTOMs.

Look through the video to check out he different colour schemes they are offering the Kuratas in too. Finally, how soon until we see a miniature from someone? Technical details for this mech appear on Advanced Dungeons & Parenting, citing it weighs about 4,500kg (4-tons), ultra light mech, that stands 4m-high (13 feet), 3m-wide and 4m-long. The Kuratas seems to have gone global. 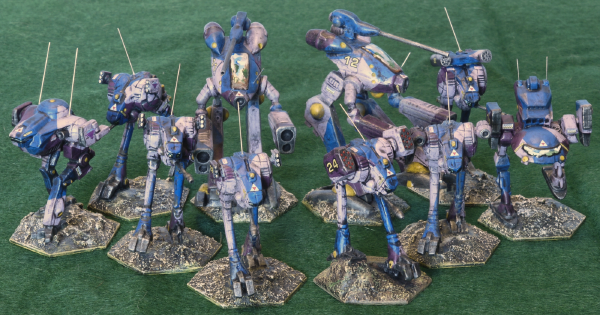 In Part 1 I laid out the idea of rules as being canonical and playing games as liturgy, or service to the rules. This time I want to look at the books that make up the BattleTech bible, so as to compare and contrast them in order of canonicity. From this we can ask what books are apocryphal and what this means to the BattleTech universe?

Starting with the easily categorisable books, which are all the various editions of the rules found in the boxed sets that have been released over the years; BattleTech, CityTech, AeroTech, BattleForce, Solaris VII, BattleTech Reinforcements I & II etc. After this are the Technical Read Outs starting with the original 3025 and now up to 3085, plus and XTRO Prototypes.

All of these were written as part of the rules and therefore are part of the primary canonical sources for the game.

Now we can move on to those books that add to the background, but are not rules, or catalogues of things that are made using the rules for playing games of BattleTech. Here things become less clear, because there has been a move to categorise information in some of the books as rumours, or beliefs held by the in-universe narrator. I think that this is rather a slippery slope, which is further developed as the novels are now described as the characters point of view and is not necessarily totally true i.e.: they are biased.

For me the end sum of this stance is to make such books Apocryphal, and therefore no longer canonical. If you agree it means that large swathes of the BattleTech universe history are now just one point of view of what happened, but not necessarily facts, or even for that matter true.

Perhaps the whole history is a conspiracy to hide the truth that the Wolverines are holding back the alien hordes from over running the Inner Shere.

How's that for a thought?

Canon comes from the history of the Romans and the Catholic church and the idea of rules and law to govern. It is literally a "need" for society to function. In this case BattleTech Canon is needed to play a game of BattleTech.

The BattleTech canon is quite interesting if you look at it as a liturgical process. By this I mean I am equating being a fan of the game as "worship", and that "service" is following the rules of the game. There is no implication of religious idolatry here, just a functional behavioural comparison that sees both as being a similar process.

Liturgy derives from the ancient Greek concept of service to the state, and carried with it a financial burden taken on by the citizen. Using this we would see that buying BattleTech products as the financial burden undertaken so as to be able to follow the rules of the game; the "service".

Rules are generally written down in books, and law is the literal enforcement of the rules. So, when we play a game of BattleTech (or for that matter any other game with a set of rules) we are engaged in a lawful act (thereby being good citizens). No wonder people get involved with arguing the finer points of the rules, because otherwise they would be seen as acting unlawfully (this is probably worth a post all of its own, and again I find myself inspired by my recent experience as a juror).

The first canon, now redacted, were those rules found in the BattleDroids game from FASA. Unfortunately, I no longer have a copy of this book, because as soon at the second edition of the game came out I moved to using those rules, because they were expanded and had clarified, or changed how things happened. For instance the sequence of actions within a turn were changed, and the construction rules for making battlemechs were also changed, as just two examples.

From this canon came the first Technical Read Out, or TRO as I will now refer to these works.

The famous and much loved TRO:3025. I will now suggest that a TRO is a catalogue of legal things that the rules allow you to use. This is a bit like "case law" under the British legal system. Case law is known as common law from precedent, which means quite simply if something has been agreed on before that it is only fair to apply the same ruling when it happens again. So if a battlemech designed under the rules appears in a TRO it is part of the canon of BattleTech.

So by extension all books that are based on the game canon, become canonical, which means it is the normal standard one plays by. However, just to remind you, I am not talking about BattleTech being a religion whereby errors and omissions become heresy, but a game where the terms and conditions are that errors and omissions will be corrected in later errata, which is more like British case law that I mentioned earlier. To be continued... 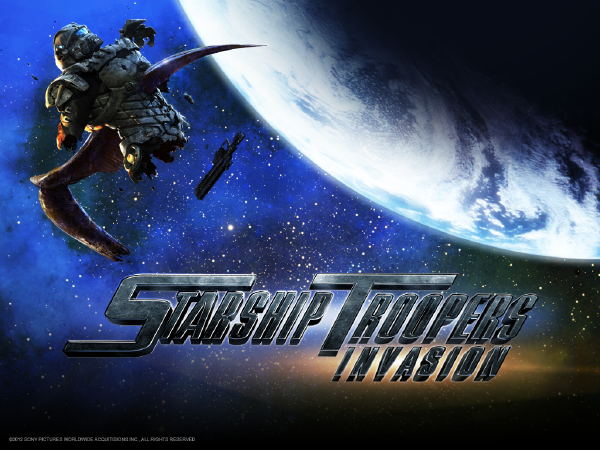 Heinlein's Starship Troopers has the line that "service brings citizenship". Having just completed two weeks jury service for the Crown Court, I suggest to my learned readership that citizenship requires service. What was interesting to me about the whole experience was the emphasis that the defendant was innocent until proven guilty by the prosecution, but the important part of the process was deciding beyond reasonable doubt that you were sure, based upon your experience and interpretation of the evidence; not the prosecutors, or defense advocates, but your judgement as a juror.

Needless to say that the retiring debates were interesting, and reminded me of the times I've been witness to debates about game rules when something one player does appears to contradict the rules, or interprets the rules in a way that the other player of the game disagrees with.

Observing the advocates presenting their respective cases I noticed the similarity of approach, the pedantic observation of detail, and way of questioning that suggested that the witness had remembered events wrongly. The judge was interesting because his role was made very clear to us by both sides; he was the law (images of Judge Dredd now racing through everyone of a certain age I guess?).

It strikes me that having an umpire in any game is a bit like having a judge, with the players as advocates, and the game being the process of advancing to one's objectives by following the rules of "law" aka the rules of the game. No wonder players get so het-up about rule perceived rule infractions, it is about the playing a game within the "law" of the game, because generally people want to not break the law/rules, unless they think they can get away with it of course.

And there is the rub of it.

People in general will behave in a lawful fashion until either they become over aroused and angry, or see a chance to gain advantage with no cost to themselves. I think it is a measure of civilisation that people can sit down and largely play games by following the rules. With the caveat that I mentioned.

PS: Totally stoked about the new Starship Troopers animated film that is set for release this August. 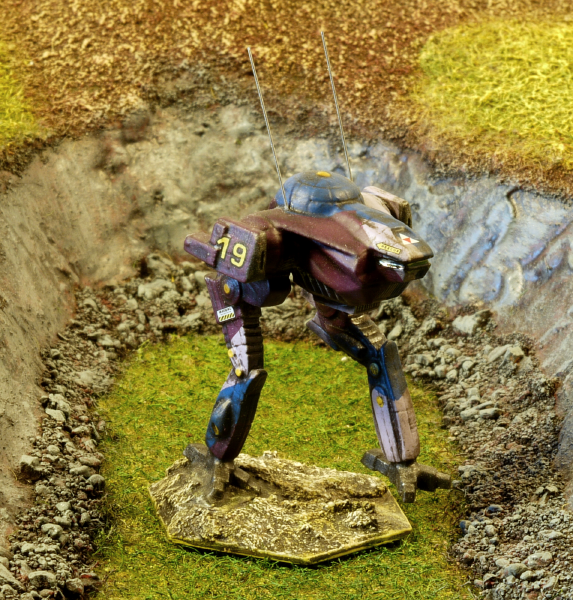 To see some updated photos of my House Marik mechs go here, and when you come back you can see the new additions to the force below.

The Cicada is one of those nothing to write home about mechs, as it is a bit too fast for its size, which in game terms means it's not able to carry what I would consider a good combat load. Mine are all therefore refits that fix this problem by changing out the stuff it carries and slowing it down. 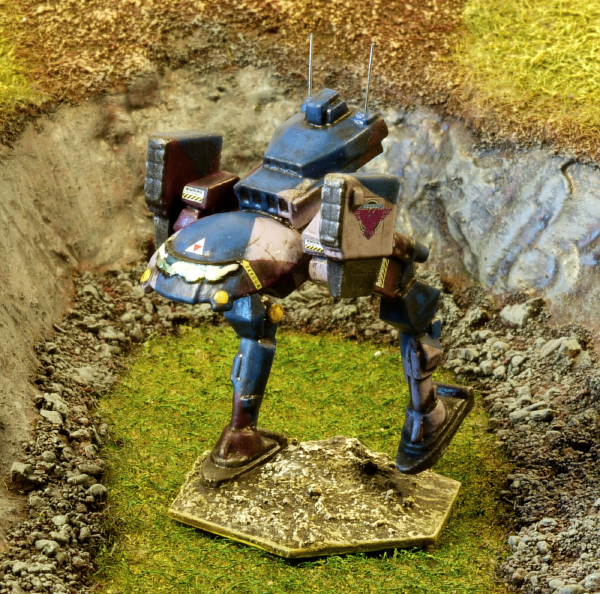 I never liked the original sculpt of the Jenner, but this one for the Clans looks nice, so I use it as an Inner Sphere captured mech now under House Marik care. 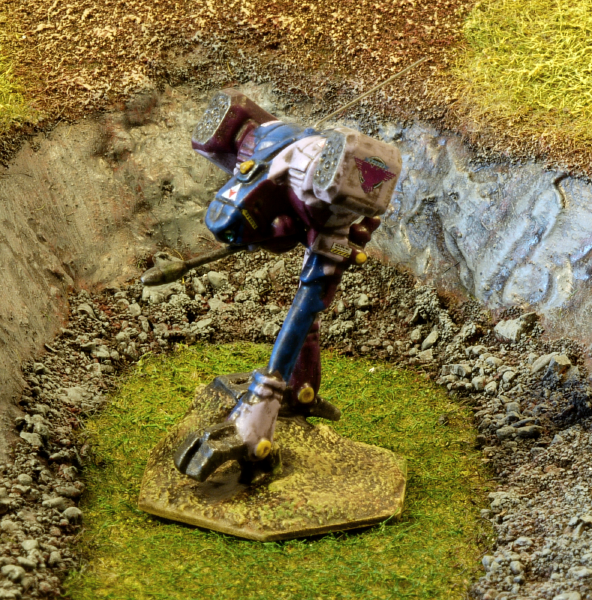 Above is a left leg forward repose of the classic Locust model, which was a tad tricky to do, and I think I can do an even better version now that I've got this one under my belt. 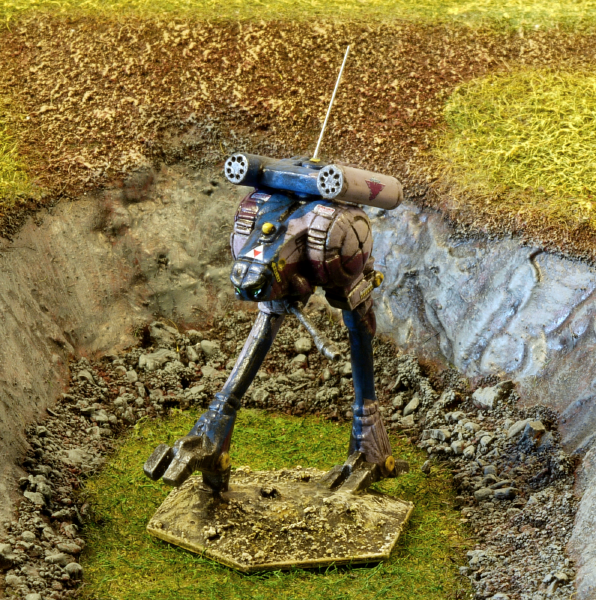 I like Locusts, they are one of my favourite mechs in the game, and I tend to do well with them when playing. This is my interpretation of an LRM5 version.