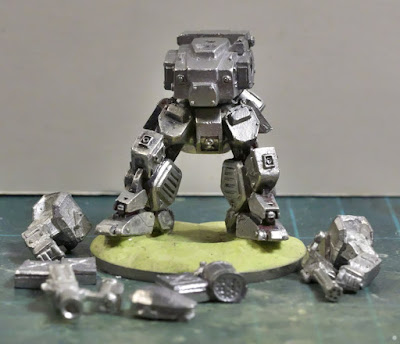 Another week, this time progress was slowed down again due to the amount of fiddling required to clean up the castings: in this case to make things square that looked square, but weren't square–in this case the butt plate of the mech above.

The problem only came to light when I found that the torso with the back pack attached didn't look centered. It was then that I discovered the X-indentation marking the center of the butt plate wasn't.

Who would have thought that a tiny amount of asymmetry could be so troubling? 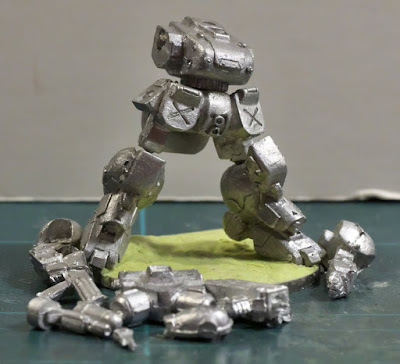 However, I'm pretty pleased with the repose on the model above has turned out.

Below, you can see I managed to break the bazooka casting. Fortunately, this is from the current 1/144th scale range, so I have spares in case anything worse happens. 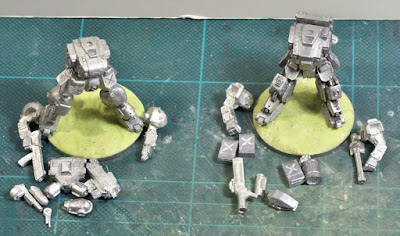 For those who might ask why use the smaller bazooka? Have you seen the size of the originals: they're ginormous–totally over-the-top humongous weapons.

So, I only managed to get this far with assembling these two mechs before I had to call it a day, as supper was being served. 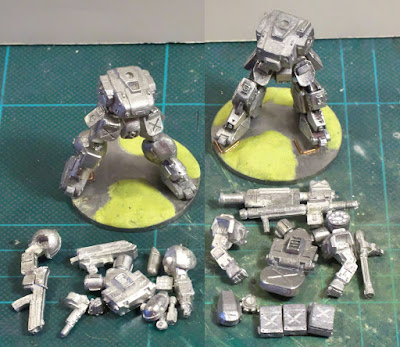 Okay, here are my next two builds.

The model on the left is a Marine CASE-2X Dog, which is going to have a missile pack, rifle and sustained fire machine gun. The casting were pretty skanky, so I ended cutting the legs apart so I could clean out the misshapen excess lead.

The model on the right is an Army CAS-3-Mod-1 Ape, which is is going to have a missile pack, a M75A 40mm recoilless autocannon, and a M134 minigun. Basically another version of Espera's ride from Strike Dog

You can see what I did in the pictures below. 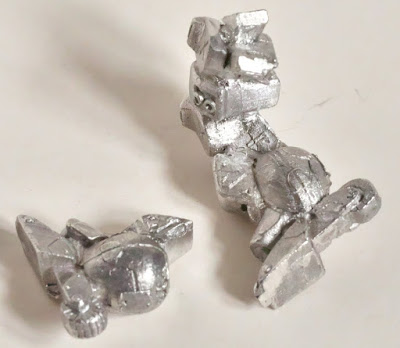 I don't know if the RAFM Jager had alternative leg castings; either way the space between the knee and thigh were just blobs of lead. So I chopped the legs off. 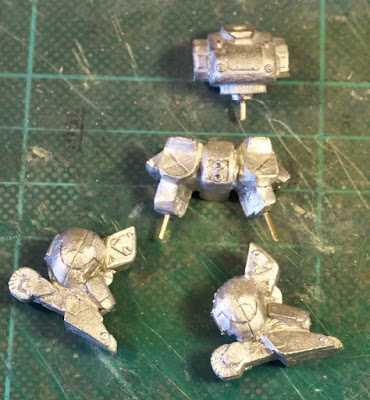 Once everything was cut and cleaned up, I drilled and put in pins to hold all the parts together when glued. I bent up some wire staples to provide a robust point to fix the model to its base. 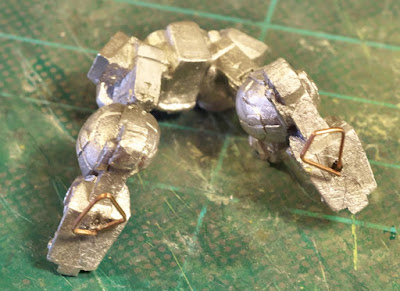 Having cut the joints I was able to bend the wire that pinned the parts together and do quite a nice repose of the legs. 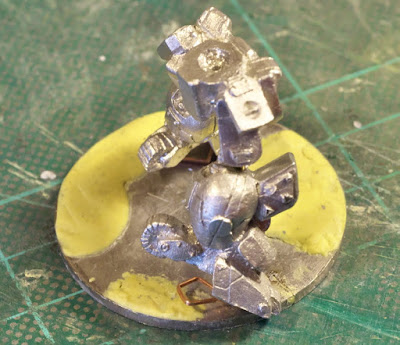 And as you can see I've also split the butt plate off from the backpack casting. 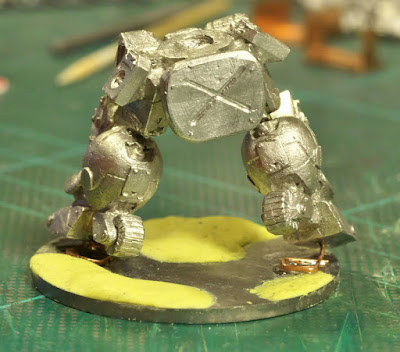 A lot of fiddling around to get these castings licked into shape, hence still a work in progress. More next week. Stay safe, catch you all on the bounce.