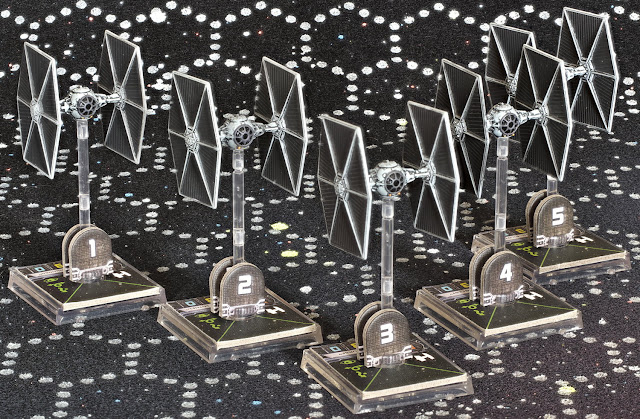 As any wargamer will tell you, you need two forces for a wargame.  When you buy Star Wars X-wing one gets two TIE fighters to challenge the Rebel X-wing.  I haven't managed to maintain that Imperial disparity, primarily because my interest is in the Rebel Alliance ships, and because money. 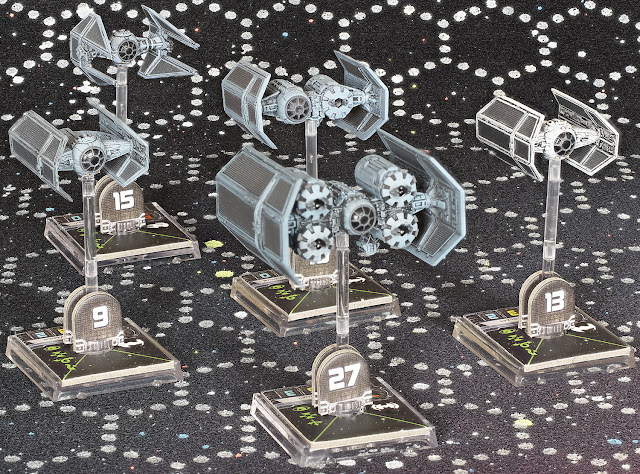 Still I plan to add to my collection of Imperial ships because it's nice to be able to make changes in force composition.  Besides which it makes sense to have pairs of ships so that one can have a wingman.  Except for big ships like the Punisher above, or Slave 1 etc.

One of the things where Star Wars X-wing falls short is the ability to re-enact specific moves from some of the movies: for example Darth Vader and his two wingmen in the Death Star trench.  Now this isn't necessarily a bad thing, after all this is a game not a replay of a film, but I suppose I would like to have seen a rule that made a nod to this.  Something along the lines that Darth Vader's special ability is to have two junior pilots move when he moves – because at the moment, given the rules about movement order, Vader always moves last and shoots first for the Imperials.

More X-wing to come, as I'm writing up a battle report from a game I played this weekend.  Expect it later this week.