It has come to my attention that not everyone understands that wargames are played in phases. Heaven forbid I thought that this was a truism that everyone knew about, but clearly not as evidences by this recent'ish thread on the Pendraken forum.

So let me review the phases of wargaming...

This is the ooh shiny I must buy it when I see right now phase that is common to all wargames. Triggered by seeing something new, generally in a shiney metallic material that grabs one's attention.

The acquired shiny toys are placed in a suitable place for painting later, usually some sort of shoe box equivalent, but it can be a cupboard. Neither is considered superior to the other, except that cupboards tend to be larger and therefore more stuff can be maturing at the same time.

Once one has bought new and shiny things for painting one can become inspired to dream about how one is going to paint them and the the great games that one is going to play with them? This is often call the the Daydreaming Phase, and much time can be "usefully" spent here while the shiney toys mature.

After daydreaming, sorry being in the Inspiration Phase, one then moves on to the Planning Phase where one finds that one needs to find out more about the subject and how to paint the shiny toys. This is not a do-one-thing then do-the-next-thing model so the player can then interrupt the cycle to go back to the Acquisition Phase, so as to get the necessary extra shiny toys to meet the requirements defined from the Planning Phase. In a clever game mechanism this can result in the whole project entering the Maturing Phase for another round before going back to the Inspiration Phase.

Shiny toy miniatures are now prepared for painting by being placed on the work bench. Depending on the demands on the wargamers spare time, this phase can stretch out and lead to more planning. This is especially true if a new set of rules are purchased that require a re-assessment of the basing requirements, and therefore the number of figures needed for the project, which can result in another round of going through the Acquisition Phase.

Once the shiny toys have been painted, based and varnished they can then be lovingly deployed onto the field of battles where the likelihood is that the you will lose the game you are playing. This will cause you to reassess the need for further acquisitions of new shiny toys that will add more flexibility to the deployment of the forces, and it's ability to deliver a satisfactory victory by roundly thrashing one's opponent, or not as the case might be?

And that in a nut shell is why wargames have phases.


Hard to imagine that this time last year I was in hospital on an IVF antibiotic drip and had to have emergency surgery for a burst abscess in my breast. Where has the time gone?  Indubitably another sign that I'm getting older, as time just flies by nowadays.

Anyway, off I went this year to make up for missing the last one. Went with Trevor and his son Oliver, but like all good expeditions we arrive later than expected, around 11.45, and therefore missed bumping into Richard Clarke from TooFat Lardies.

This was not a big spend show for me as I only bought one thing, a book from Anita's Books, who always have a good selection of titles that tempt me to open my purse.  In this case I bought Aircraft of World War 1 1914 -1918 by Jack Herris and Bob Pearson published by Amber Books.

I thought the show felt quiet, but the traders all seemed to be happy enough.  Talked to Leon and the crew at Pendraken and Dave on Caliver, whom I have known for more years than either of us would care to remember.  Bumped into Richard Partridge from the Southend Wargame Club, not to be confused with the Southend-on-Sea Wargames Club, or South East Essex Military Society that started off as the Southend Wargames Club that was started by Ken Lazenbury.  The Southend wargame scene is a bit like a Welsh village and its churches stroke pubs, with ones that one doesn't go to, or not, as the case may be.

Games at the show were all rather nice.  First one to catch my eye was the Yom Kipper War game by the Essex Warriors.  Centurions massing, what was not to like? 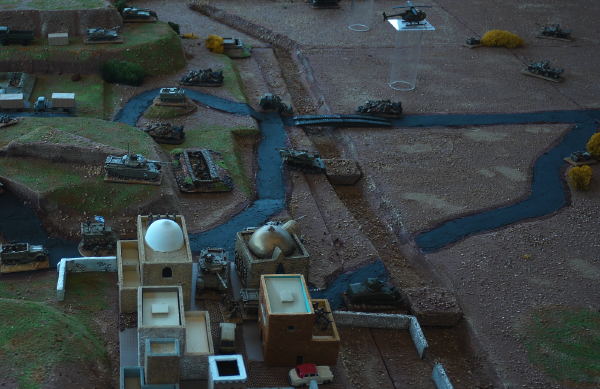 Seen before at Salute, but here it is at SELWG, the rather lovely (to be honest I'm totally jealous of the look) WW2 game Budapest 1945 by Loughton Strikeforce. 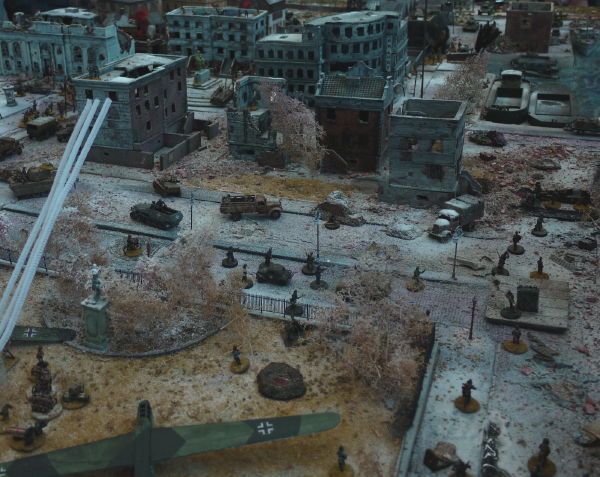 Trevor and Oliver played in the Central London Club's WW1 Air War, which had some really nice 1/72nd scale aircraft.  The German schemes are my favourite, so here is a picture of some of the aircraft that appeared in the game.  Still think that the Bristol Fighter was the best Allied aircraft of the war though. 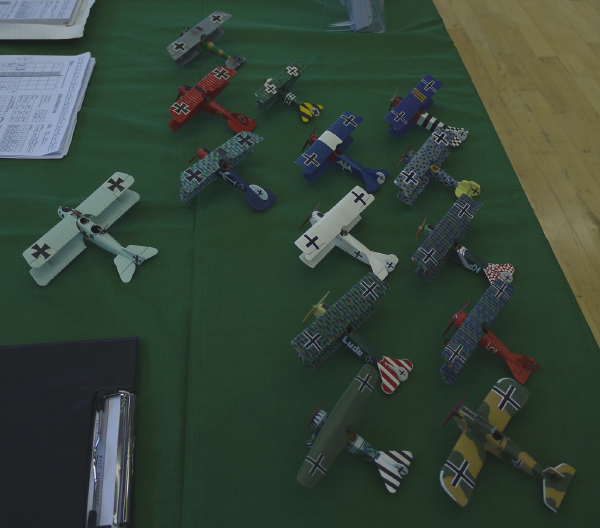 Finally, this WW2 Warsaw Uprising by the Shepway Wargames Club.  Again lovely buildings to die for. 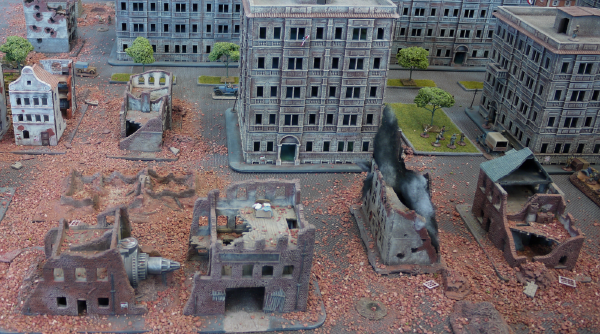 Bought coffee from the Costa franchise, which was much nicer than the coffee at Newbury, and talked to a chap called Alistair who lurks on the TooFatLardies yahoo group. 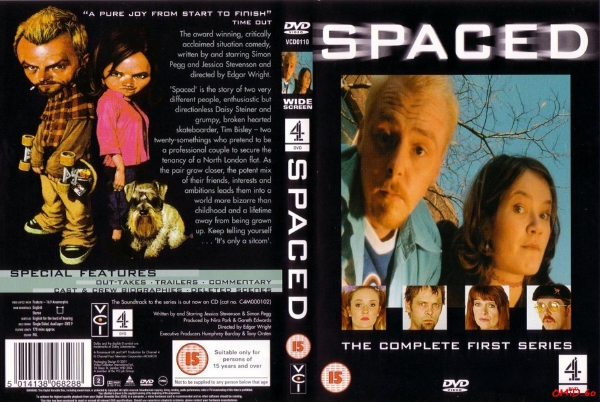 Working the whole day long, as the song goes, but in my case not so much finding lots of things not to do,  as not being able to finish projects and photograph them.  As Trebian notes blogs are about what you haven't been doing.

I have been away too. Last weekend off to sunny Devon to see my Father-in-Law, family issues to discuss, but we did manage to go out for a meal with Maria and Cary (boyfriend) of Buffers for a slap up meal at the West Bay Hotel in Bridport.  Buffers is a great shop for all your terrain needs, and I bought some more Woodland Scenics Realistic Water, which I'm using for my Vietnam river project.

So not a lot of painting done last weekend, and this weekend it is SELWG, so Sunday I will be out with Trevor and Oliver lowering property values and generally causing mischief while having fun there.

In the meantime I've been watching Spaced, a geek sitcom starring Simon Pegg, Jessica Stevenson and Nick Frost, all of whom are recognisable for their roles in various things like Dr Who, Hot Fuzz and Shaun of the Dead.  I can't recommend this TV series highly enough.

It is a sitcom that speak to my inner geek. So much of the humour just really resonates with me.  Writers block, imagining film scenes and quoting dialogue are part and parcel of what I think makes life fun.  So if you have any interest if SF films, comics and geek culture you should check it out.

BTW: Spaced is being repeated on TV, but the DVDs are dirt cheap, so go on treat yourselves.