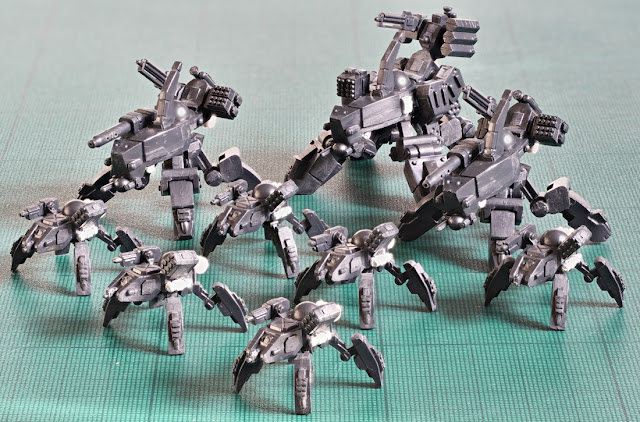 And here are my Russian walker conversions that I've completed so far.

This project seems to have dragged on longer than I intended down to being distracted with other things, and being undecided on how to organize them.  My friend Roger suggested in a comment that I use, the Russian motorised rifle company layout–a total of twelve vehicles, of which something like nine are general purpose, two are special purpose (carrying the machine gun / anti-tank platoon in the original) and one is command/HQ.

So, I will need to assemble three more Accos, and then I can start painting them.

Also, as a result of this decision, I've decided that my Ammon conversions will be used as part of my 15mm Heavy Gear Force project and plan to get a Moab and add two extra legs as a support walker.