Still in the acquisition phase of my 10mm Vietnam gaming ambitions, which has meant a lot of inspirational thinking while the shiny toys mature in the their assigned shoebox.  However, I couldn't resist showing these lovely models off.

Also, when I was at Warfare last week, Leon at Pendraken reminded me that I promised him some riverine monitors, which I have the parts for, but not yet started work on.  Had to apologise profusely for my lack of intestinal fortitude, but I have a new job and I'm still in the probation period, which I am finding stressful.  Good intentions and all that really. 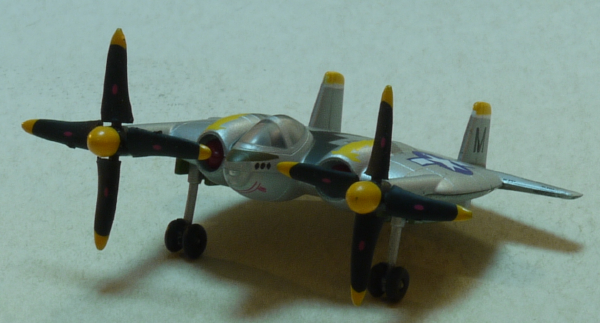 Okay it doesn't quite scan to the Lou Reed original, but what do you expect from someone who has virtually no musical talent?  I was going to to do a review of Warfare at Reading, forgot to take my camera with me, and I suck!  The above picture is about five times larger than the real thing.  This is a recent eBay purchase and I'm planning on using this for the Mummerset campaign, which we are playing tomorrow in fact.

Bought some of the new 10mm Fieldworks miniatures buildings that I talked about seeing at the Newbury show. Also bought a Char 2C from Pendraken. They only had the one when I arrived and it was soon mine after the exchange of folding money.

Have to say that I really enjoyed the show, again mostly because I get meet old friends and make new ones.  A good chin wag about stuff always lightens one spirit.  Met Martin B., at the show who was down from Manchester with a friend.  Xmas came early for Martin as I gave him my 15mm buildings that I've shown on this blog to him.

I made the decision some time ago that while I have a lot of 15mm figures, I can live with using them with 10mm buildings.  This saves me the bother of having to have two lots of terrain for games.  This is a big factor here at the Paint it Pink HQ, as I live in what most would describe as a shoebox.  Okay, it's a very nice shoebox, after all it's my home and I've lived here for 13 years, which is longer than anywhere else I have lived in my life.

More updates in due course.  As always, thank you all very much for taking the time, and having the interest in reading my blog and idle musings.


Good news this week as Henry announced that Atlantic Publishing will be taking over the publication of Battlegames, including the transfer of subscriptions etc. Henry will remain editor, so all good news really, though some doubts have been thrown on the long term developments given that Atlantic also own Miniature Wargames. Who knows what the future holds?


Henry over at Battlegames has announced that the magazine, and hence him, are having financial difficulties.

Read more at the link.

I did my bit today, buying a few back issues and a couple of PDFs. A small thing, but it is what I can afford right now. Feeling saddened by this news as I only just found the magazine in the last six months, and have enjoyed every issue.

I've decided that there is something heroic about 6mm in today's wargaming hobby.  Quite simply 6mm is no longer 6mm. The dread size creep that has plagued the 25mm mainstream end of the hobby for a number of years, so that we are now seeing 28mm figures that are described as large 25mm.  Then in turn these became the standard "28mm is the new 25mm", which are now in turn being replaced by 32mm figures standard of "32mm is the new 28mm".

In some ways this is a product of the expansion of the wargame market and the popularity of 25mm, which of course was driven by Airfix plastic toy soldiers that were nominally 20mm, though actually averaging around 22mm.

I'm not going to rehash the old do we measure to the eyes versus to the top of the head arguments, because quite frankly they are ad hoc post justifications for the state of the hobby, and are just opinions about what is, or should be the standards that should be used.

Instead I will say that I think it is a reflection on the economic growth of the hobby and competition to produce the best selling range that one can, which is no bad thing.

Therefore I now want to point back to the title of this piece. I think that 6mm is becoming more popular, and the evidence is in the size creep that we have seen over the last 25 years or so, ever since Herioc's & Ros brought out their figure ranges in the then newish 6mm. They of course were less than 6mm tall, averaging around 5.5mm, and newer ranges increase the size and bulk of the figure, thereby producing nicer looking, and therefore better selling toy soldiers. Hurrah!

However, we are now at the stage where the market leaders are producing figures that are 8mm tall (sometimes taller) that are marketed under 6mm branding. Originally the Ral Partha BattleTech figures were to this Heroic 6mm size, though later on they were joined/replaced by true 6mm figures, becasue AFAICT there was a drive to be compatible with GHQ, who are steadfast standouts for 6mm figures being to a scale, and therefore approximately 6mm tall.

Recently though, Iron Wind Miniatures have started producing figures of battle armoured troops for BattleTech that are 10mm tor taller, but nominally falling into the 10/12mm size range.  New standard infantry is being produce to match the larger figures, and so inevitably we have nominal 6mm figures that will be around 10mm.

For me this leaves me with one obvious choice. Go 10mm, as 10mm is clearly the new 6mm and get on the size creep bandwagon at the head of the curve, rather than be left behind with true 6mm. After all 10mm figures have more bulk, look better and paint up well.

So welcome to the world of Heroic 6mm, using 10mm toy soldiers to play games with.