Bad Dog – Now Up On Amazon 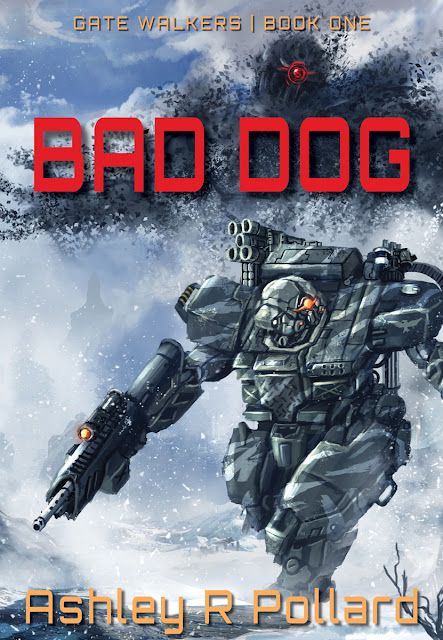 You will die like a dog for no good reason.
—Ernest Hemingway


In 2071, Sergeant Tachikoma leads a Marine combat armor squad. She knows the Corps never promised her a rose garden, only the chance to fight for her country.

Now, she faces her greatest challenge, two terrifying alien pillars that trapped her into reliving the same day again. The day she dies.

Today, she needs every ounce of courage to save her people from annihilation.

Based on cutting-edge theories on the nature of the universe, this white knuckle military SF thriller contains drama and mystery.

“This story is great, with a very firm grasp of the Marine Corps lifestyle.”

More About The Story

I ended up writing a military SF story as my debut novel quite by happenstance. I was writing another story, just before Christmas 2012, when a phrase popped into my head, It's all Big Dog's fault that I died yesterday under a mountain in Afghanistan. I wrote the phrase down, and put it to one-side, so I could carry on with my other novel.

The ideas encapsulated in that sentence wouldn't leave me alone. It kept nagging at me. The idea literally forced me to start writing a new novel, driving me to run with the random phrase, morphing more and more ideas, until I ended up with creating the Bad Dog novel you are reading now.

But one thing became obvious, I wanted to write a story where the concerns of the character are driven by their desire to do their duty, and that her solutions came from military doctrine. The scope of the problem in this story is very much about tactics, but tactics are driven by doctrine and what is called the OODA loop: observe, orient, decide, and act. The decision cycle was developed by the military strategist Colonel John Boyd of the United Staes Air Force. Boyd applied the concept to the combat operations process, and the Unites States Marine Corps took his ideas to produce their book on doctrine called, Warfighting, that I talk about in this novel.

For those of you interested in the science behind Bad Dog you'll all have to thank Professor Max Tegmark, for his ideas about us all living in a mathematical based multiverse, and Professor't Hooft for developing the idea about living in a holographic universe. Both of these men were the inspiration behind the pillars and how they work. Any mistakes in the physics are of course attributable only to me. 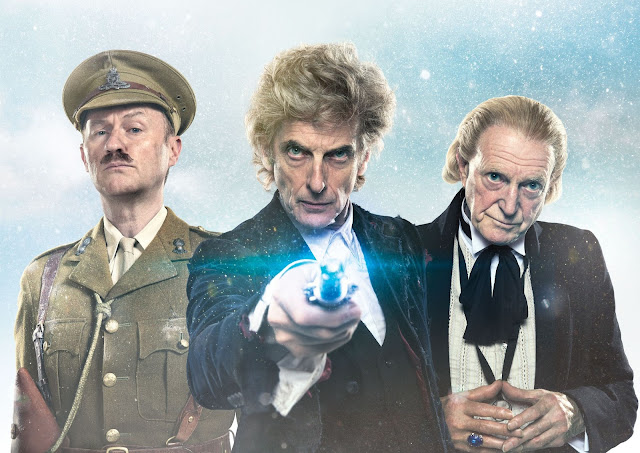 Capaldi got a great send off with this year's Dr Who Christmas Special. Hard to fault really, unless one is a pedant, outraged geek or nerd, or one of the ill-informed, snobbish, literary elite that writes reviews. I can forgive pedants, I understand geeks and nerds, but those who look down their noses at SF as inferior, can all go swivel.

Looking forward to seeing what Jodie Whittaker brings to the show, but she's not the 13th Doctor regardless of what reviewers say. Whittaker is the 14th Doctor: Hartnell, Troughton, Pertwee, Baker, Davidson, the other Baker, McCoy, McGann, Hurt, Eccleston, Tennant, Smith, Capaldi, and Whittaker.

And if you say Hurt was the War Doctor, I will say that this Christmas Special put that one to rest, with the allusion to all of them being the War Doctor, because the Doctor is the one who goes and tends to wars. So, it still adds up to 14.


Count them, 14. Outraged I tell you, outraged! Of course, this only matters to the geeks and nerds. 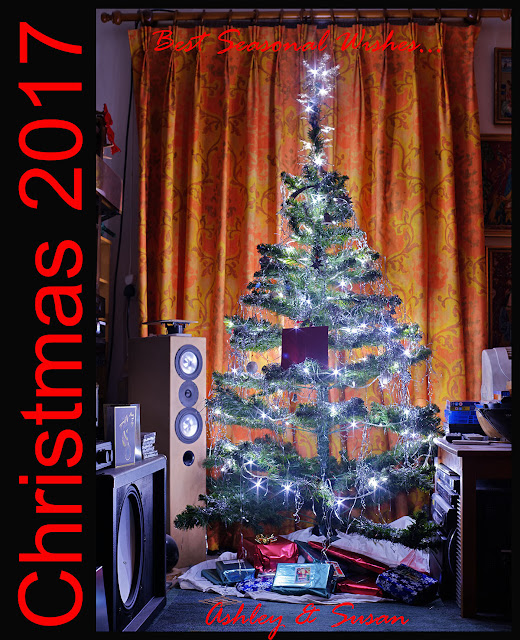 The tree is up just in time for Christmas. I can truthfully say that there is little in the way of wargaming goodies under the tree this year, primarily down to having to sacrifice a lot of my hobby time for my writing. But weep not, I did get my Jovian Wars KickStarter, and I'm not short of a few shiny things to make and paint. Short of time, but not stuff.

And that I thinks sums up the year. Not enough time to everything I want or need to do.

So, let me wish you all a very Merry Christmas or other suitable salutation for this winter holiday, where I shall be taking some time out to work on the models on my bench. 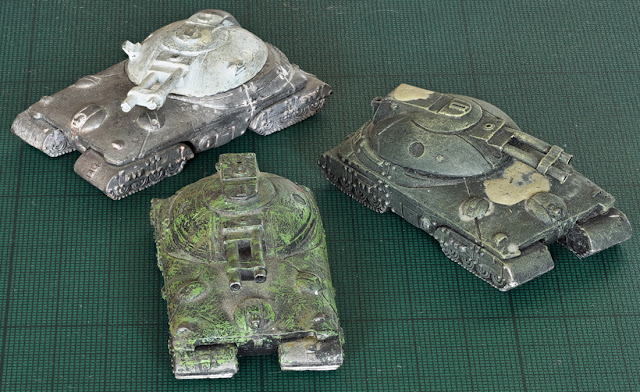 As you can all guess, with Terror Tree now out, tanks, especially large tanks, have been on my mind.

These are old Ral Partha Demolisher tanks from the original FASA BattleTech miniatures range.  Back in the day, when I was young, I bought one, which despite my best efforts to shed stuff over the years I still have.  It's the one at the back.

Over the past few years I acquired two more, which were originally bought to be turned into cybertanks for Ogre/GEV.  But I have a shed ton of Ogre cybertanks, so they've become surplus to requirements.

Since then, I've been of two minds about what to do with them.

As a BattleTech tank, it really is way too big to use, if you agree that the battlemech models are accurate 1/300th scale representations.  If on the other hand, like me, you're in the habit of using the Dark Age Mech Warrior infantry for your BattleTech games, because they look better, then these Demolishers do look the business.

They would also make a reasonable 15mm, nominal 1/100th scale tanks too.  So, decisions, decisions. 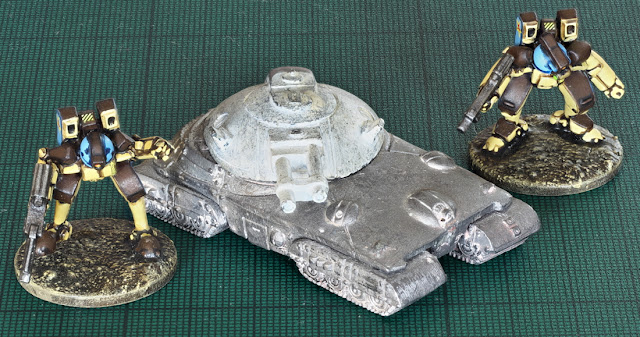 After much thought, I've decided to use them as part of my ongoing Bad Dog project, as I want some tank to support my Chinese All Terrain Suits, and I've given them the designation ZTZ-169C.  I think that the Demolisher looks pretty good next to these Chinese All Terrain Suits I made.  Big without being too big, and one can rationalize the treads as independent electric drive units.

So time to strip the two partly painted models and reassemble them. 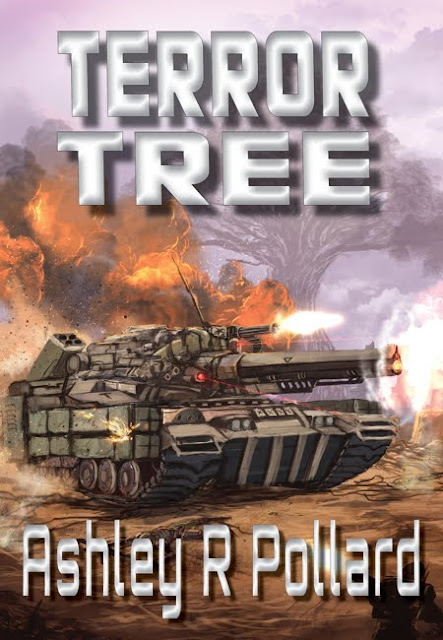 This is a science fiction short story that asks the question: What if this goes on?

Includes chapter one of the forthcoming novel Bad Dog.