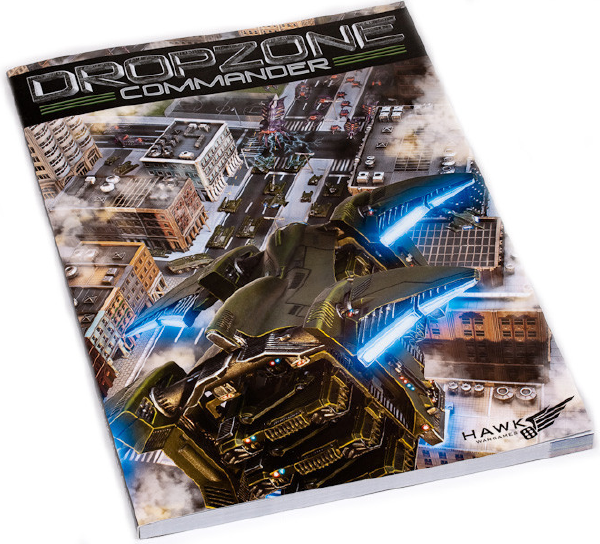 Been a busy week writing, or should I say wresting words out of my skull and typing them one at a time onto a screen as I recount on my writing blog.  What I've been doing gaming wise is getting myself into Dropzone Commander from Hawk Wargames.  I'm currently writing a review for Henry at Miniature Wargames.  What I'll say is that the miniatures are sexy and that 10mm is the new 6.

It has been noticed by one of my readers that I've not posted anything about BattleTech recently, and where is the missing battle report.  I will try and find time to write up the notes I made from the last game sometime before the heat death of the universe.  I promise, okay.

By the time you all read this I have played two games of Heavy Gear Blitz with my friend Roger, who has been most tolerant of my occasional brain freeze moments as I tried to get my head around a new game. We are both long time BattleTech players, and I have a lot invested both in time and emotional attachment to BattleTech that makes it hard for me to let go of it.

In a lot of ways BattleTech is too constrained by the assumptions inherent within the rules, and the fact that it has had way to much stuff added to what was, and still is fundamentally a Beer & Pretzel game of giant stompy robots.


Heavy Gear Blitz therefore feels very much like the new kid on the block, though truth be told it too has been around a while having first been released back in the early 1990s.

Unlike BattleTech, the Heavy Gear game has changed course a couple of times and the game today has taken new a direction by moving away form a hex based RPG combat system to becoming a miniatures based game called Heavy Gear Blitz. Dream Pod 9, unlike Catalyst Games Lab, sell miniatures, and one gets the impression that they make a fair amount of their money from selling same.


Let me start off by saying that if I were starting from a position of not knowing either game then without doubt I would choose to play Heavy Gear Blitz over BattleTech. I like the fact that the paperwork is is really streamlined down, and yet it stills manages to make one feel that one is controlling an awesome giant stompy robot.

Okay maybe not a humongous giant stompy robot, but still it works for me. However, I feel that it is unlikely that Heavy Gear Blitz, where Blitz truly does describe the lightening speed of the game, will become my number one robot war game.


The reasons for that are rather emotional.  I really found myself disliking the dice mechanics, which are based on opposed rolls that are added, or subtracted from the result rolled on a D6 to produce a margin of success, or failure.

I can see the maths, because Roger was kind enough to send me the odds for all the different margins. I can also see that at the end of the day that it represents a combined to hit and effect roll.

However, I just hated the feel of the mechanic.


Yet there is so much to like about Heavy Gear Blitz game universe. The background setting is fresh and intriguing. The game play is fairly fast, and the range of available miniatures is good, if expensive. Quality is top notch though, and I'm not one to complain about paying for top quality, but quality doesn't come cheap.


One of the other niggles I had with the game was the over complicated movement modifiers, which require a six sided dice to track models with an added interpretation for hull down versus stationary.

In my opinion, this really added very little extra value to the tactical feel of the game. And don't get me started on the jargon in the rule book, which drove me nuts. Also, in my opinion, some of the explanations of the rules obscured what was meant.


So, if I were starting from fresh, and had to chose a giant robot game, Heavy Gear Blitz would get a look in.  However,  I'm no longer a person who can tolerate jargon and complexity for the sake of increased immersion into a game system.  What I want is KISS: keep it simple stupid.

Your mileage may vary from mine, terms and conditions apply regarding tolerance of rule writing, and errors and omissions were no doubt made in playing this awesome game by myself and Roger.