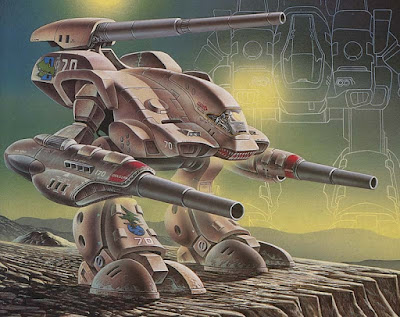 I also remember Mike apologizing about cutting the text down for the TRO after insisting on it for the original specification.  I knew several of the other British based contributors to this product, and they all moaned about the amount of fluff text that had been specified.  It's quite difficult to write things which have any relevance to the game.