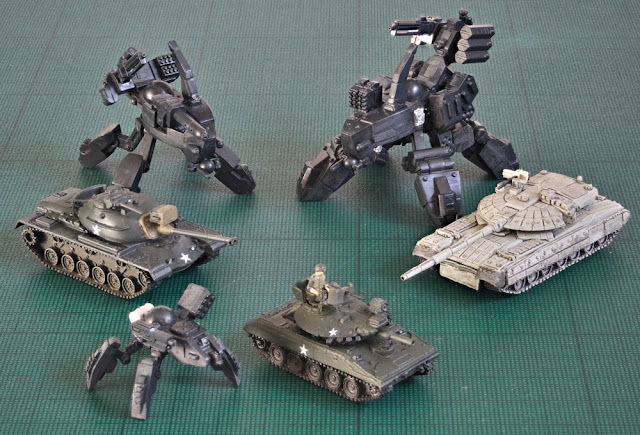 In the comments of a previous post Sitzkreig asked, "Will the accos be manned as well or autonomous drones in your world?"

I hadn't given it any thought because as things stand at the moment I've not written any scenes with anything other than the large walker I showcased here.   Pokhodnaya Boyevaya Platforma or Object 295 is the enemy machine that one of my characters encounters in my second novel.  But obviously nothing operates in isolation and I have been giving some consideration to its role and how it fits within a force.

That force will have platoon equivalents with some heavy support.  Object 295 is one of two support elements that will be attached to a formation containing smaller walkers.  I've previewed the command variant and in the picture above you can see in the background what I've made up to represent another walker variant.  My plan is to have a command walker with four of the new variants and three Accos attached to each:  for a total of seventeen walkers with two heavy walkers attached.

However, that doesn't answer the question of, are the Accos manned or drones?  I pondered that question for a while, and thought about how much easier it would be to source 15mm figures, rather than using the limited range of poses available in 10mm.  So I decided to do a size comparison with real tanks to the same scale: a Sheridan, an M60 and a Russian prototype Object 640 – a T80U variant with an extra road wheel that was never put into production.

Comparing the Accos to the Sheridan, I think it is large enough to be a manned walker and makes it more plausible that the larger walkers have multiple crew members.  I think three, consisting of a driver, gunner and commander.  This is interesting as it means that in my future universe the Russians are not relying on expert system AIs to run everything.  That makes the Accos a bit unusual because they aren't large enough for three crew.  And then I had another thought, as one does, since they're so small they're probably are air-droppable by parachute.

And that is how one does world building without really trying.

Over on Neil Shucks Meeples & Miniatures podcast Henry talked about his decision to resign as editor of Miniature Wargames, and mentions what he sees as a problem with SF wargaming: namely it's not a unified community in any shape or form, being driven by ranges from manufacturers.  An obvious example being Warhammer 40K from Games Workshop.  The implication being that SF wargamers tend towards one system and setting, though I would add that most of my friends tend to mix it up and play in more than one manufacturers universe.

So, for example I tend to be thought of as a BattleTech grognard, at one time it would've been Battletech for breakfast, lunch and dinner, with a late night snack of BattleTech before going to bed.  However, as readers of this blog know I also have an extensive collection of Steve Jackson Games Ogre and GEV game miniatures, which have also graced this blog, and I've been know to wibble on about the game at great length.  And then there's Dream Pod 9s Heavy Gear range that I've gotten into over the last few years.

I should also add that I'm also into StarWars: X-Wing from Fantasy Flight Games, and have in the past played the odd game of Star Trek Star Fleet Battles from Amarillo Design Bureau.

However, perhaps I'm not necessarily a typical SF wargamer?

There is an element of truth that SF wargames are compartmentalized by brand/universe setting.  In fact one could argue that all the successful SF wargames have a strong brand/universe setting, because without the setting what is one actually playing?  And furthermore, without a setting, how does one come to an agreement about how to play a game set in a hypothetical future?

Fantasy gaming also has a similar problem with, for example, Lord of the Rings versus Warhammer Fantasy Battles, but the one thing they do have in common is the extensive mythology from historical cultures.  Even if the trolls from Norse mythology are not the same as say the trolls from Runequest, one doesn't have to explain that a troll is a monster, only the nature of the beast.

There again there are the common SF tropes, which I will boil down to the three Rs of science fiction: Rockets, Robots, and Rayguns.

But, once you get past the basics what is actually the common denominator?  I'm into robots – BattleTech and Heavy Gear – but my friend John Treadaway is into Hammer's Slammers and Silent Death, and we disagree on the relative realism of walking tanks versus hover tanks.  Whereas in Fantasy no one I know is arguing that trolls are less realistic than goblins.  The root of this is the difference between science fiction and fantasy: one is rooted in historical based reality the other in mythology and beliefs about forces outside of human understanding.

Is there an answer to this?

Probably not, and does there need to be one because what we're talking about is playing games.  However, it does seem to explain Henry's assertion about the lack of a central community for SF wargames.  Personally, one of the reasons I play SF games is because I free of community group thinking about what is right or wrong in the games I want to play. 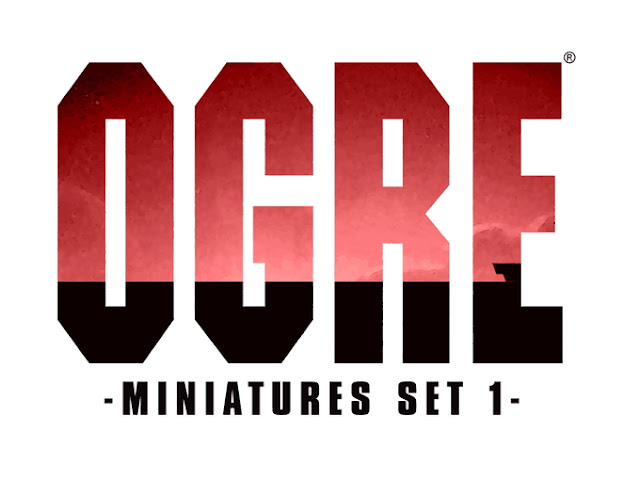 I'm not in the position to run with this, but I'm sure some of you who read my blog might be interested in these.  KickStarter link. 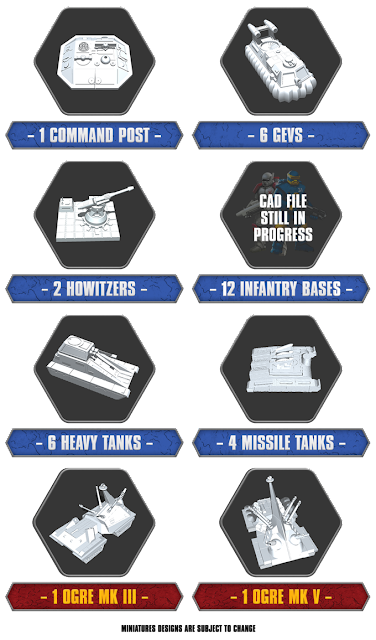 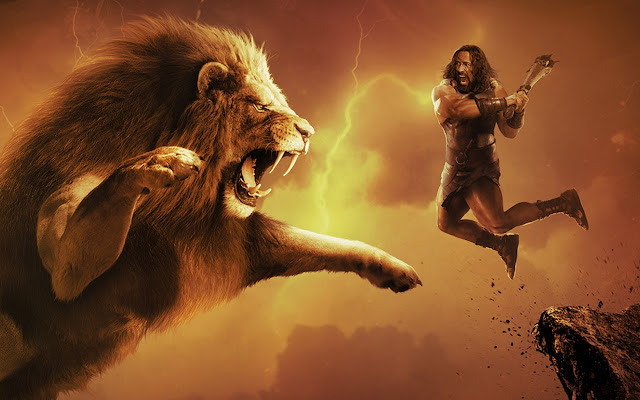 I haven't done a film or TV review for a while, though the real reason for this post today is because I'm a bit under the weather and this is a nice distraction.

I bought the 2014 version of Hercules staring Dwayne Johnson from Amazon after seeing a review of the WSS Ancient Warfare blog.  The direct link is here.  From reading the review one might think why bother?  However, I quite like Dwayne Johnson, so I took a chance and bought the Blu-ray.

What to say?  Yes the Ancient Warfare blog author is right at every point, but Hollywood films are not documentaries, and getting tied up in knots over egregious historical inaccuracies is pointless.  What one does get is a fun film with a great cast: John Hurt, Rufus Sewell and Ian McShane for a start, and we both really enjoyed it.