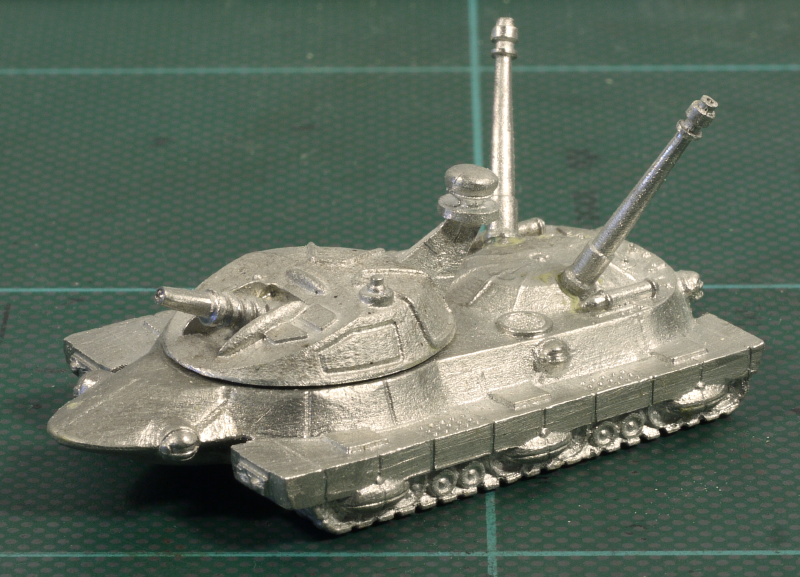 Ending week two of my April Ogre postings here is my Mark 2 assembled, and looking pretty spiffy.  This is one of those models, which for me at least, looks better sitting in front of one than it does in pictures.  I don't know why that should be, but it just is.  For me, the design looks more like what the Pan Europeans would do to improve the Mark 1, rather than a true Mark 2 design, but that's just my opinion and it is worth exactly what you paid for it.  Hence the posting stating this is going to be a Pan European Ogre. 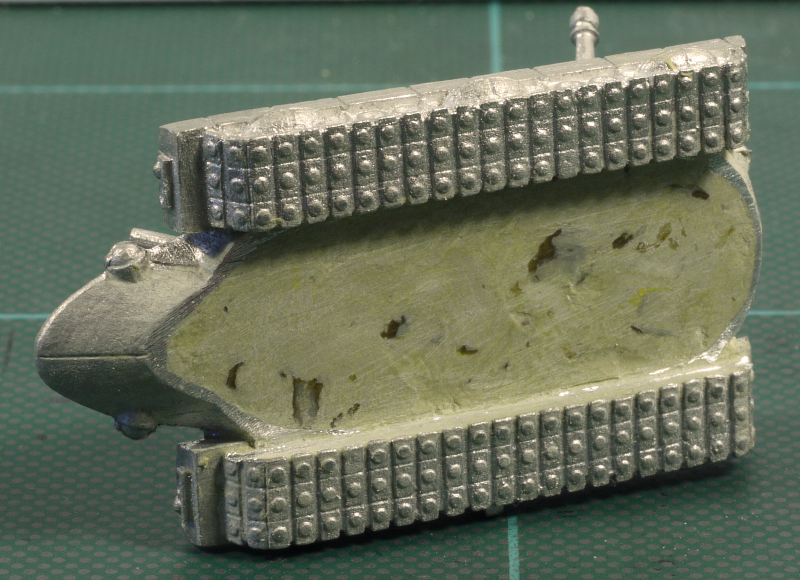 I routinely fill in the underneath of all my Ogre models, not to give them heft or anything, but because when I look at the model at eye level I notice the hollowed out bottoms, and it annoys me.  Most people I imagine are less fussy about this than I.

I've magnetised the turret so that it doesn't come off during handling, but still allowing it to fully rotate for the play value on the table.  As they say in advertising; keep watching this space for more, as I prepare for week three, and further pictures of my alarmingly big Ogre collection.  It's a bit like Pokemon; gotta catch them all.