To end week three of Ogre miniatures here are the 6mm Combine infantry figures I've based.  I need to texture the bases next, and then I'll be another step closer to completing the miniatures I need to run the games of Ogre at Blast-Tastic! in October as announced here.  I guess that makes that official then.  You heard it here first. 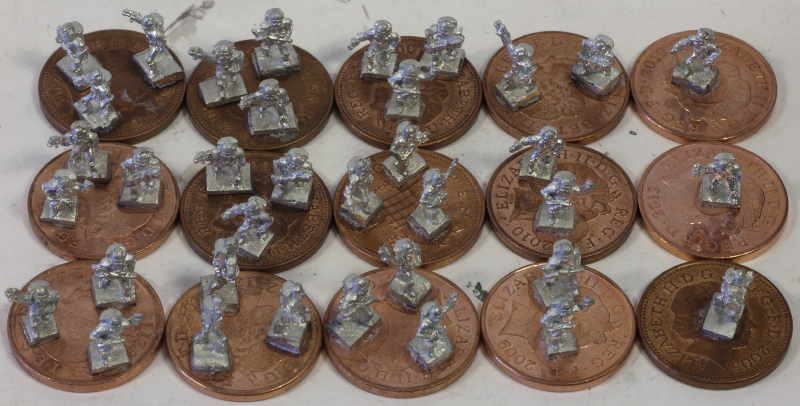 Each base of three figures counts as a platoon, and I have based some figures as one's and two's for casualty accounting.  The above represents three Company's worth of men.  This is equivalent to a Battalion sized formation, and as I have the same number again this means I'm fielding what can be called a short infantry Regiment.

I haven't a clue what to call my new Regiment, so any suggestions for a name will be considered.  Perhaps I need two names, one for each Battalion as the US Army names its infantry formations differently to British conventions.  I shall have to go away and do some research.