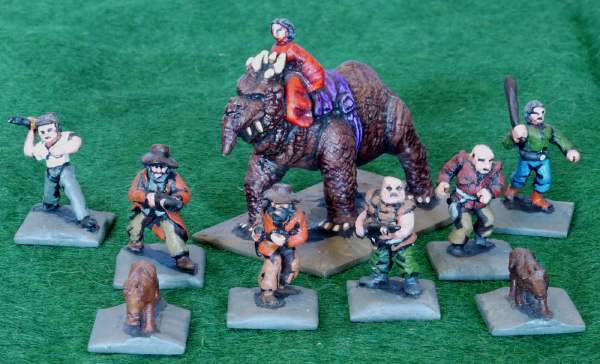 Time for some more Traveller figures from my collection.  In any game I've run I've always had  to have people and animals to mill around and make life difficult for the players.

Best figure purchasing decision I've ever made, period. The rest are from Citadel and Laserburn.  The latter are still available here. 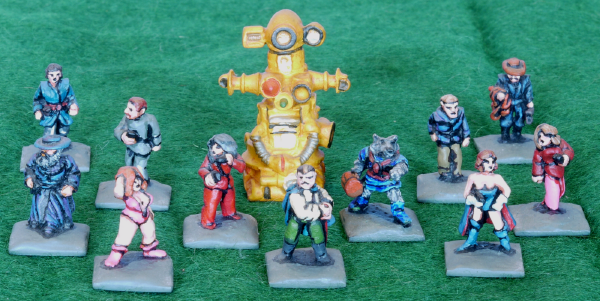 Then there are the other people and giant robot, which I modified as I didn't want it to be armed, just large.  Inspired no doubt by watching the droids in Star Wars. All of these figures were used to play contacts that the players met to do deals with.

And finally, have spacesuit will travel.  You never know when you might need a spacesuit, after-all one could end up being picked up by a passing spaceship?

After all this is Traveller we are talking about.