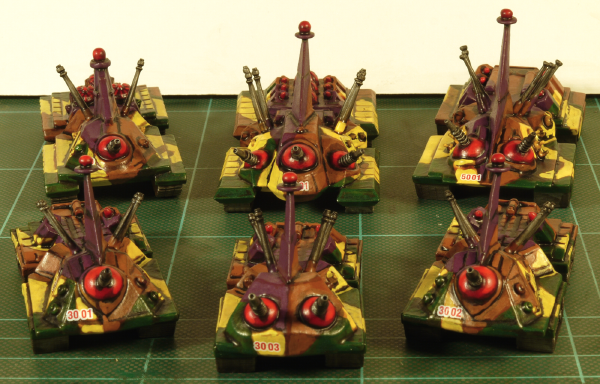 Here they are done at last, my North American Combine Ogre Red Eye Brigade. For definitions of done that mean I still have my home brew OGRE Ninja to finish off, and I recently I was promised an original Mk4 too, which is wending its way to me. As you can see, while the Mk6 is big, the Mk5 is a bulky beast. 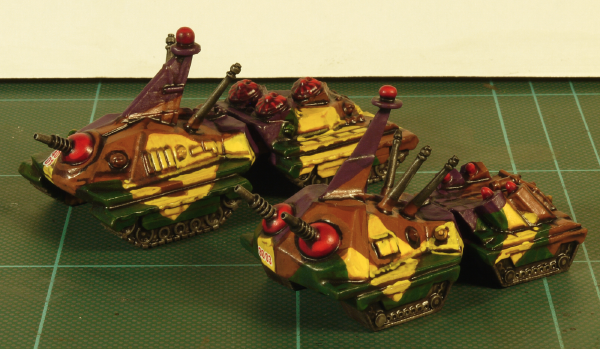 For size comparisons here we have the new Mk4 with a MK3b. 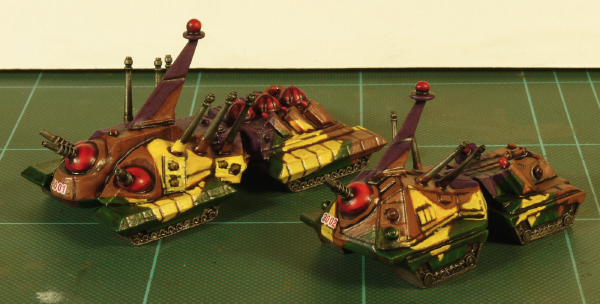 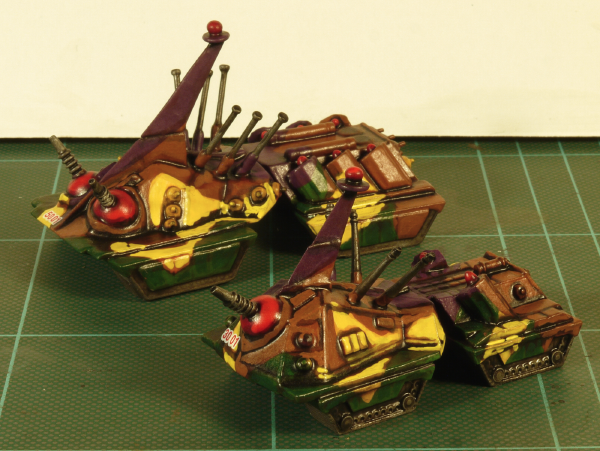 The originals, and arguably the best? I've since discovered that my Mk5 is not a Martian Metals version, but the first run from SJG, before they improved it for the later release from Ral-Partha.

I'm really looking forward to using these at Dragonmeet in December when I'm running demo games as a MiB. So if you can make the show, come along and see the beasties in the metal and perhaps play a game against my Terror Tree?