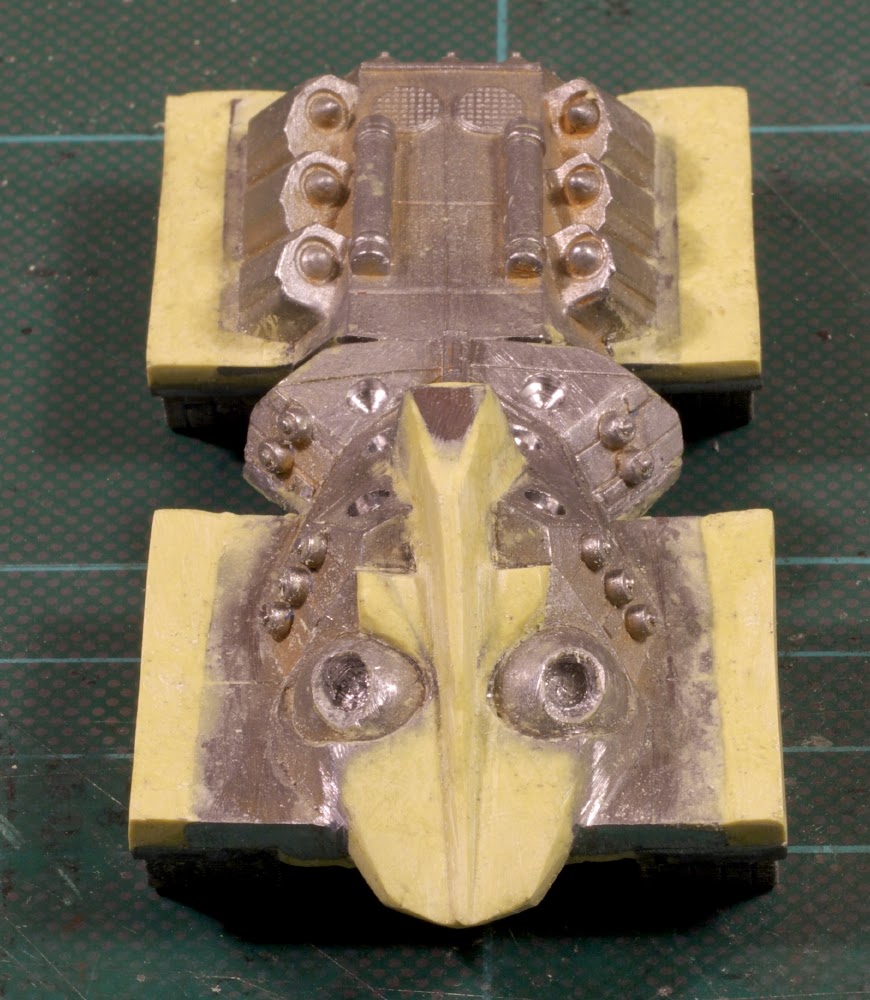 Here can be seen a series of work-in-progress shots of my attempt to revamped a standard Mark 5 Ogre into a Pan European Huscarl variant, which just may just happen to look a bit like the old Martian Metals Mark 5.  For those of you who're reading this and have no idea what I'm talking about here's a shot of the original Martian Metal Mark 5 Ogre castings. 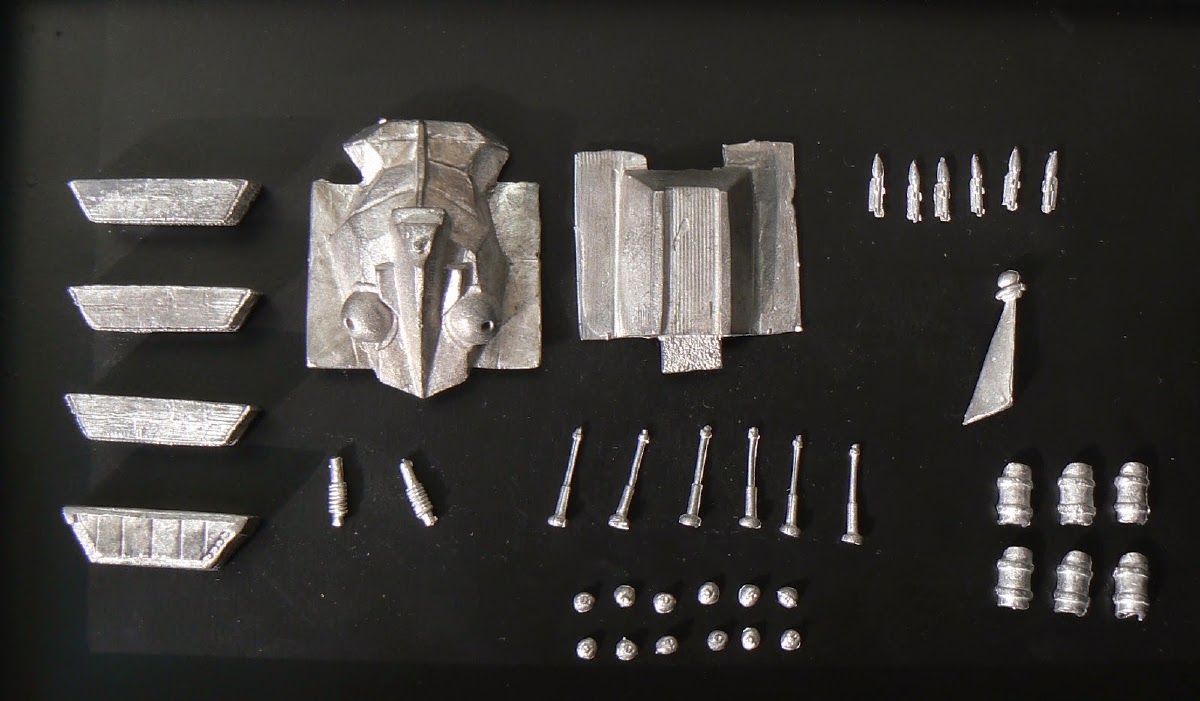 I grabbed the above shot from the eponymous Martian Metal Mark Vb site.  If you're any sort of Ogre/GEV fan this site is well worth saving in your bookmarks.  The only reason I no longer list it in my blog feed sidebar is down to the infrequent updates, which means it tends to drift out of sight.

Here's a shot of my WIP showing how the model looks with the cut outs on the running boards and bulked up nose and base part of the tower. 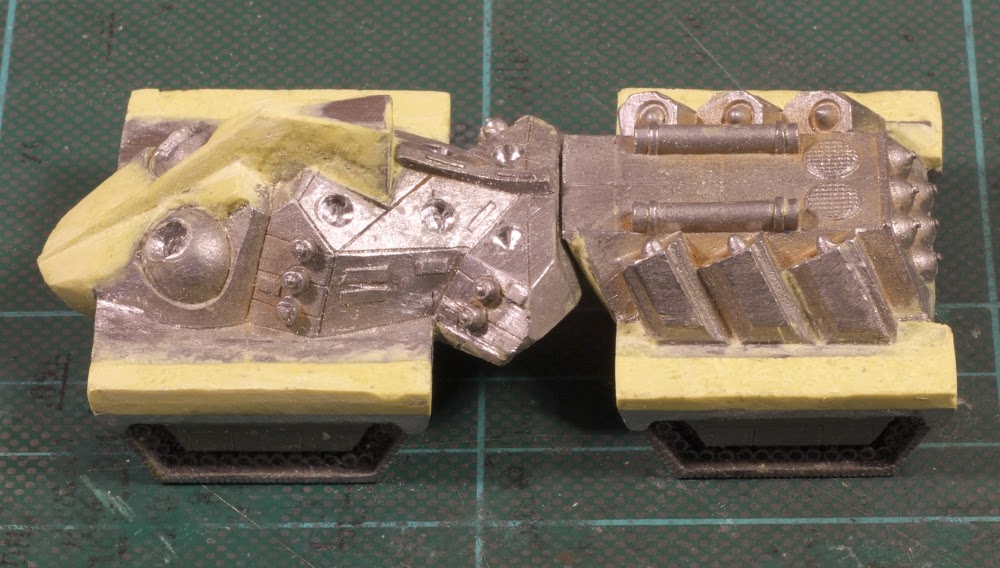 It won't ever be a perfect copy because as I discovered the proportions are slightly different, but it will be pretty close.  I've decided that the tower will be modelled in the lowered position, because canonically the Pan European Mark 5s were ultimately built without towers.  So this will be an early production copy where they've just fielded a back-engineered or refurbished Combine Mark 5. 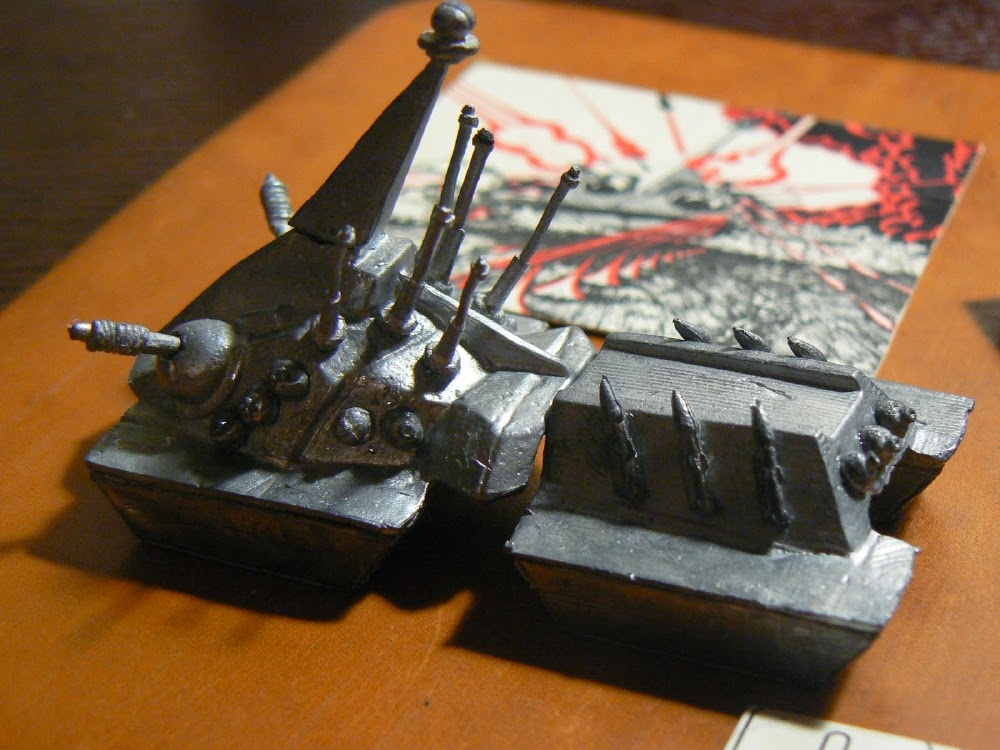 The above shot is again another grab from the Martian Metal Mark Vb site showing a side view of a made up Martian Metals Ogre.  One of these came up for sale on eBay recently and went for rather more than I was willing to pay for, besides the Martian Metals model looks pretty ropey, hence my conversion.  The missiles on the rear of the above model are either sans casing or this casting was produced before Martian Metals added the armoured casings that can be seen in the first Martian Metals miniature photo, in the lower right of the picture.

I then added more Milliput to the front end, but there's still a way to go to change the profile of the front half of the model to more closely match the shape of the original miniature.  Here's a shot showing where I am as of today.  I've done some work on the right hand side of the model (the models left side), but the left still needs carving and filing.  I added this shot to show the process of sculpting, and how easy it is to add too much filler, thereby making more work for myself.  I was looking at my computer monitor from the other side of the room from where I was working and misjudged the shape I was trying to build up. 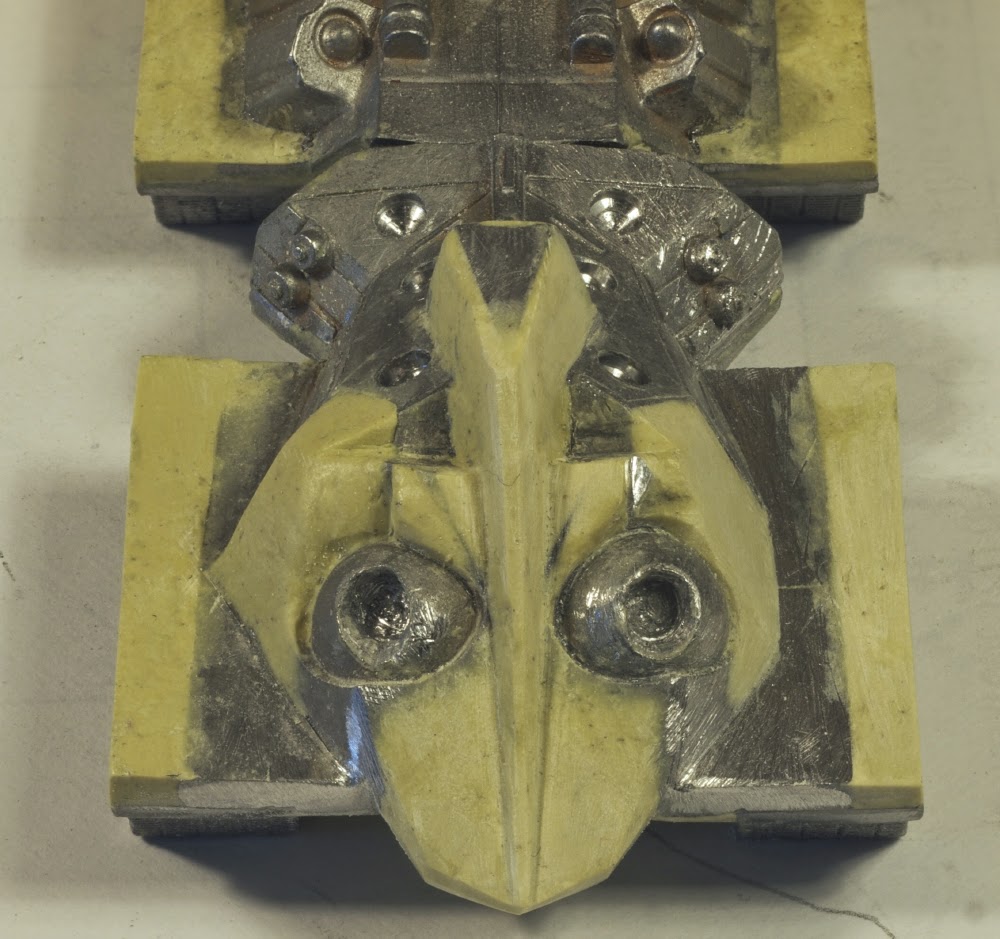 Once the Milliput had hardened I was able to sit in from of my computer screen and enlarge the jpegs and I could see my mistake and correct it.

My intention is to finish the front end and then modify the casings on the rear missiles next.  After that I may decide to add the side plates to the tread units, but haven't made my mind up about that yet (depends on how fed-up I get filling, carving and filing.  There's an awful lot of carving and filing to be done to finish this model, and I'm slow enough that I'm all to aware of how long it will take to do.

Besides that I might get distracted by other shiny toys.  Oh look there's a Heavy Gear Jaeger miniature.  Oops!