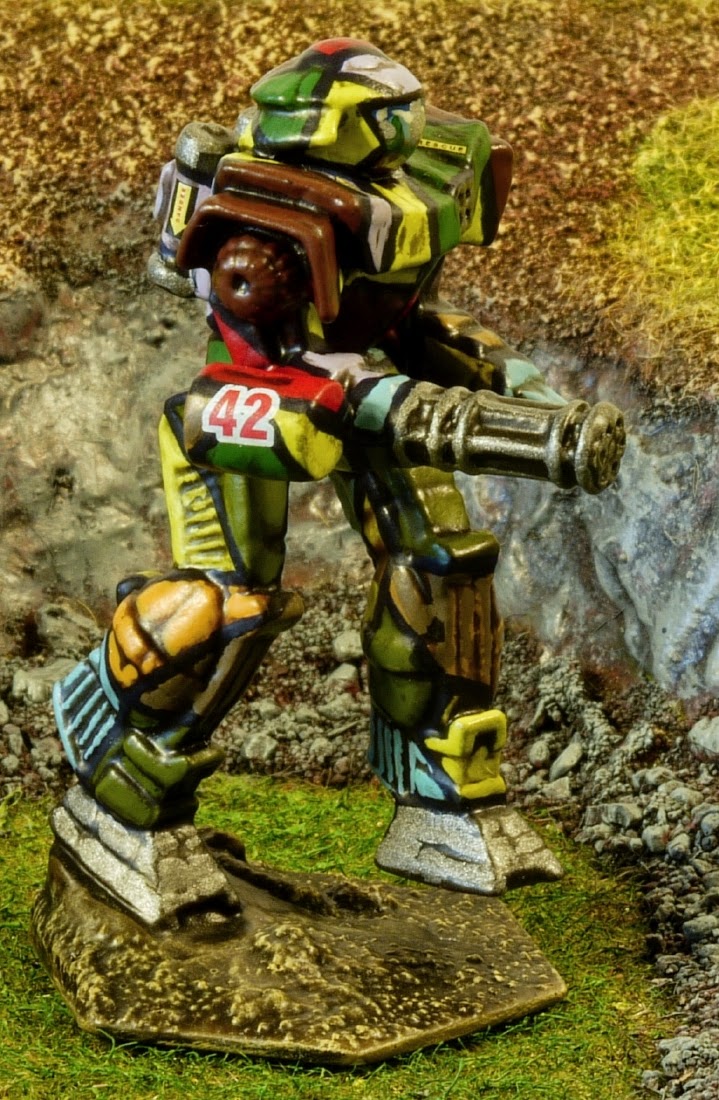 And as I'm looking through my photo collection what do I stumble upon but a couple more House Steiner mechs.  Who would've thought?  First up is my reposed Victor as I don't like the basic pose the model is supplied in.  This was quite tricky and it broke during painting so I had to rebuild it with stronger pinning. 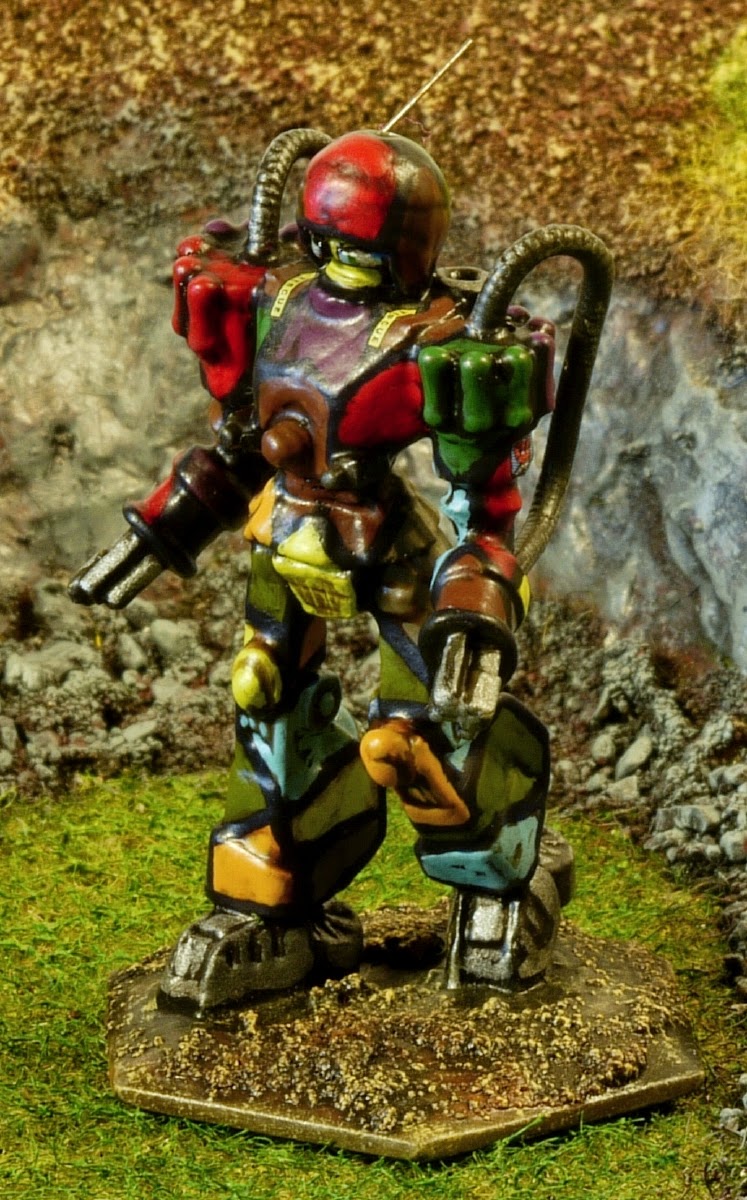 A Firestarter, gotta love a Firestarter, well at least I love mine, which is a combination of the original Firestarter sculpt and and the new Dark Ages version with added gubbins for the fuel hoses.