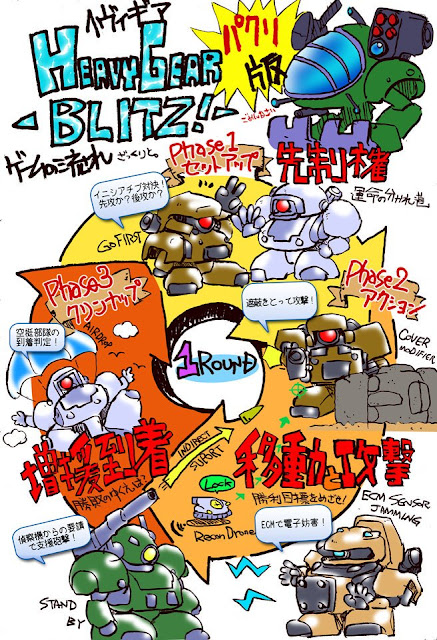 Heavy Gear is big in Japan, which is like selling coal to Newcastle, given that Dream Pod 9s game was inspired by the VOTOMS show. Though modern Japanese mecha were  arguably inspired by Heinlein's Starship Troopers. And you know what, it's all good.

Anyway, I found this poster in Japanese for the game and just had to share. It's good to see that there's a growing community of modellers and players over there too.