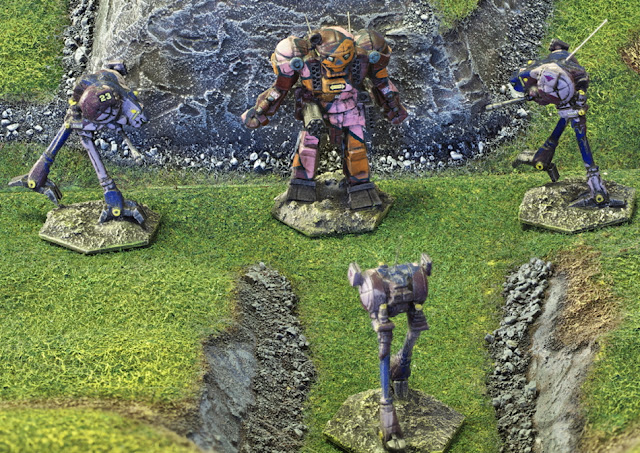 These are a selection of the pictures that were not used in Miniature Wargames magazine the other month for the Alpha Strike article.  Atlas versus Locusts is in my mind the classic BattleTech what if fight.

I supplied a lot of duplicate shots for the article, as in featuring the same mechs, but from a different angle to the pictures shown here.  These are I think the best versions.  House Steiner quads moving into a flank attack. 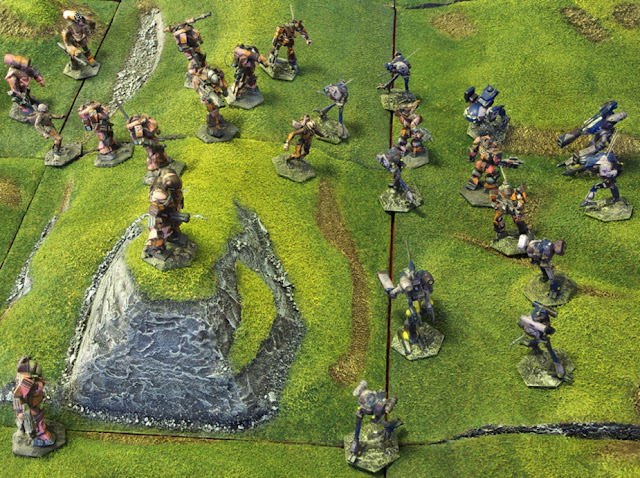 Though I can see why the picture above wasn't used, because it doesn't have a central focus to the action, it catches the swirling mech-on-mech action that Alpha Strike can deliver. 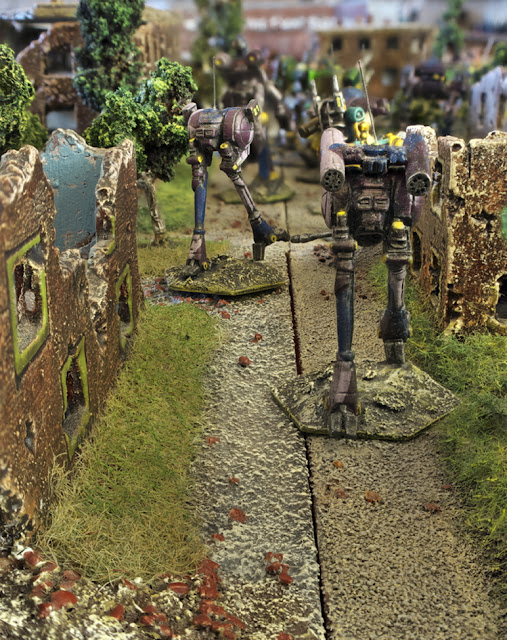 However, I really liked the picture of the two Locusts advancing, even if there isn't really a lot else going on in the picture.  So now I get my chance to show it. 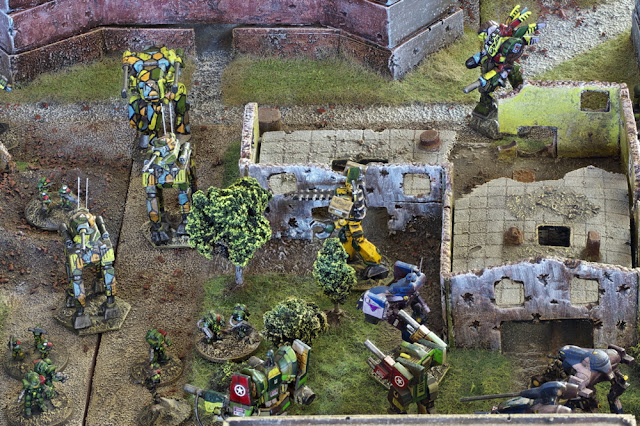 Again this picture composition is a bit lacking, but House Steiner and industrial mechs with infantry milling around their feet says BattleTech.  I hope you all have enjoyed this small peak into the assignment I undertook, and thank you for taking the time to look.

And that's all folks.