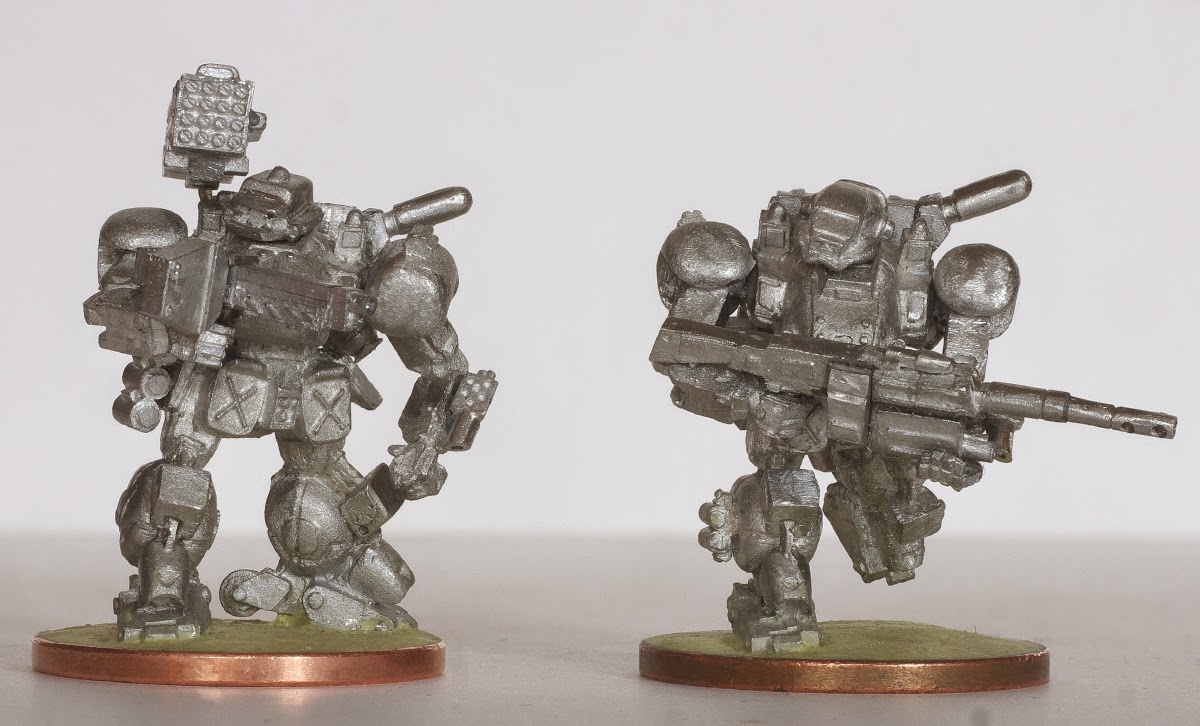 Two more Dream Pod 9 conversions of Heavy Gear Jagers to make CASE-2X combat armour suits for my Highlanders 1st Light Armored Reconnaissance Company.  The one on the left is a maxed out version with a heavy missile pack, and carrying a Browning .50 cal in its right hand.  The suit on the right is my new version of my heroes suit, which is stripped down for manoeuvrability.

I showed two combat armour conversions here, and I was asked to show what these looked like from the rear. 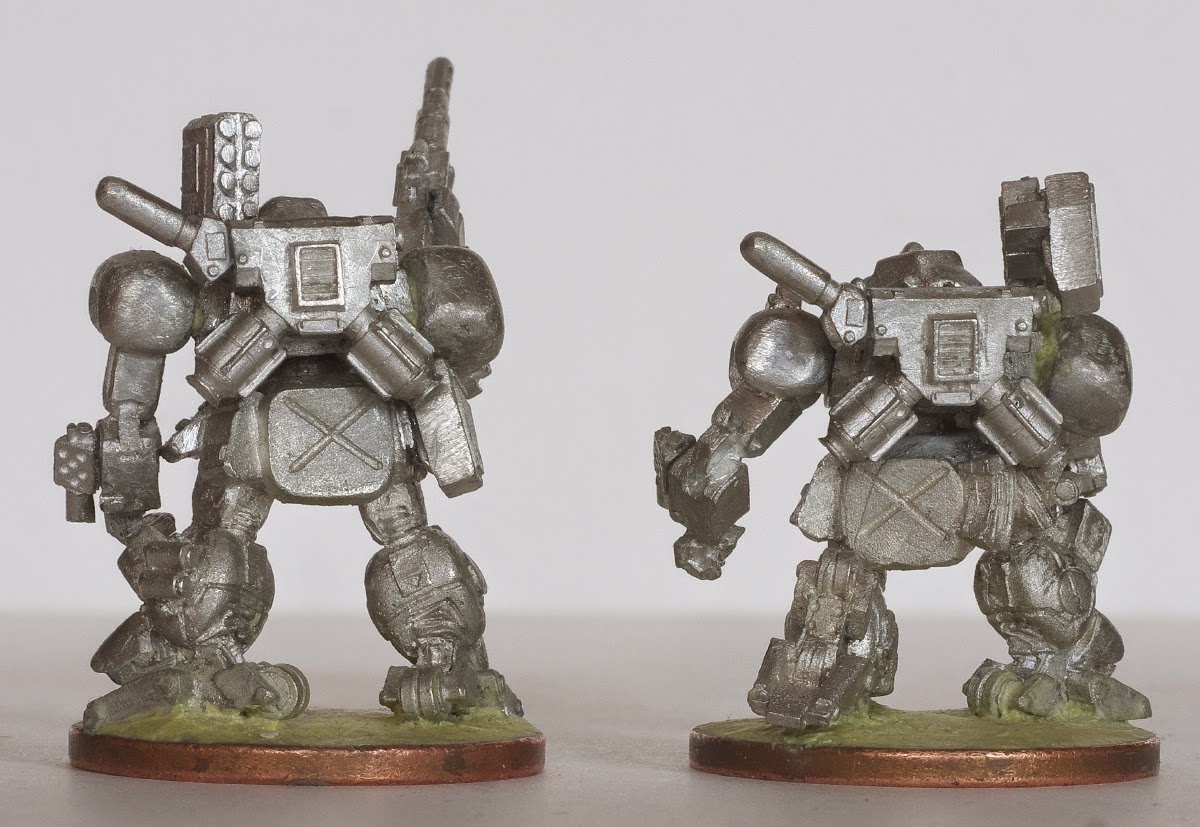 Hopefully this will clarify what I've done with these conversions to turn iconic Heavy Gears into Bad Dog universe combat armour.  Finally a group hug shot of my evolving squad.

I'm just finishing off work on another two combat armour suits for the characters in Strike Dog and Ghost Dog, the two sequels to Bad Dog.  I will hopefully be able to post pictures of them next week.  As always any comments or criticisms are highly welcomed, and feel free to ask questions too.