While everyone else went home after Salute, some hardy souls went to see D36 HMS Defender, a Type 45 destroyer that was moored at Greenwich, and open to the public.  On the trip on the Dockland Light railway we passed another warship docked at Heron Quay, which after a bit of Googling was probably a visiting German ship.  Anyway, we arrived at Greenwich and after a bit of a panic trying to find exactly where to go to get in we made it in plenty of time.  What can I say?  We're wimpy old civilians. 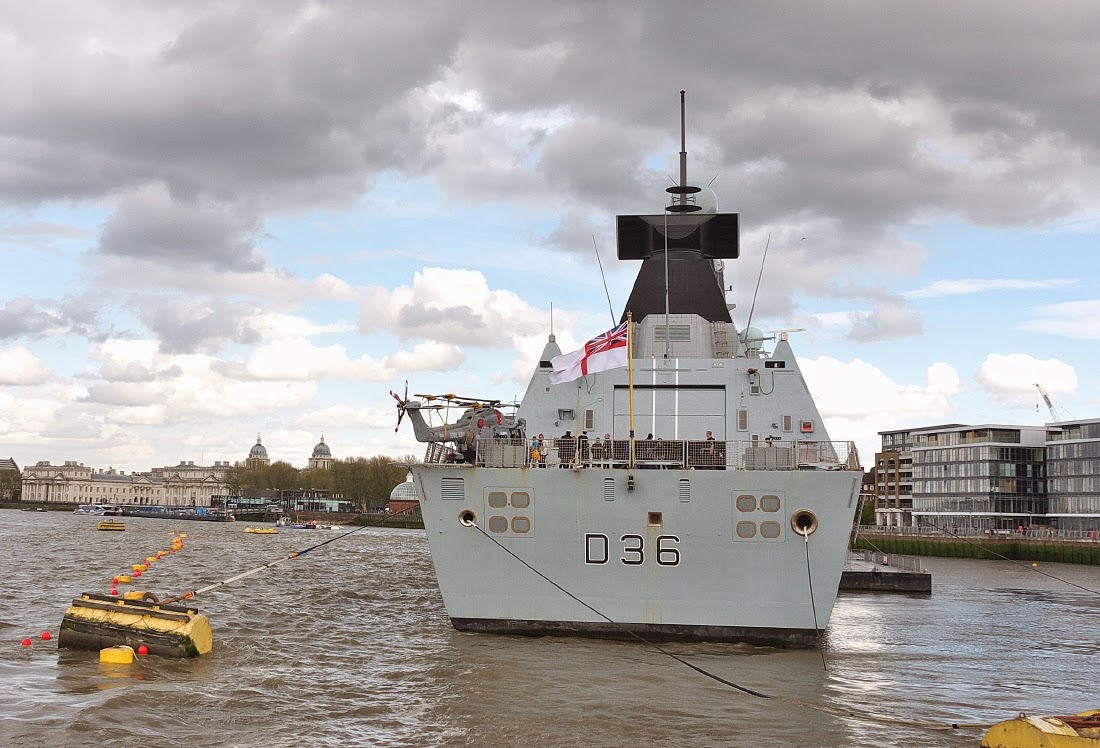 As you can tell from the shots she was moored a little way off from the embankment, and we were ferried across to her in one of London's river taxis. 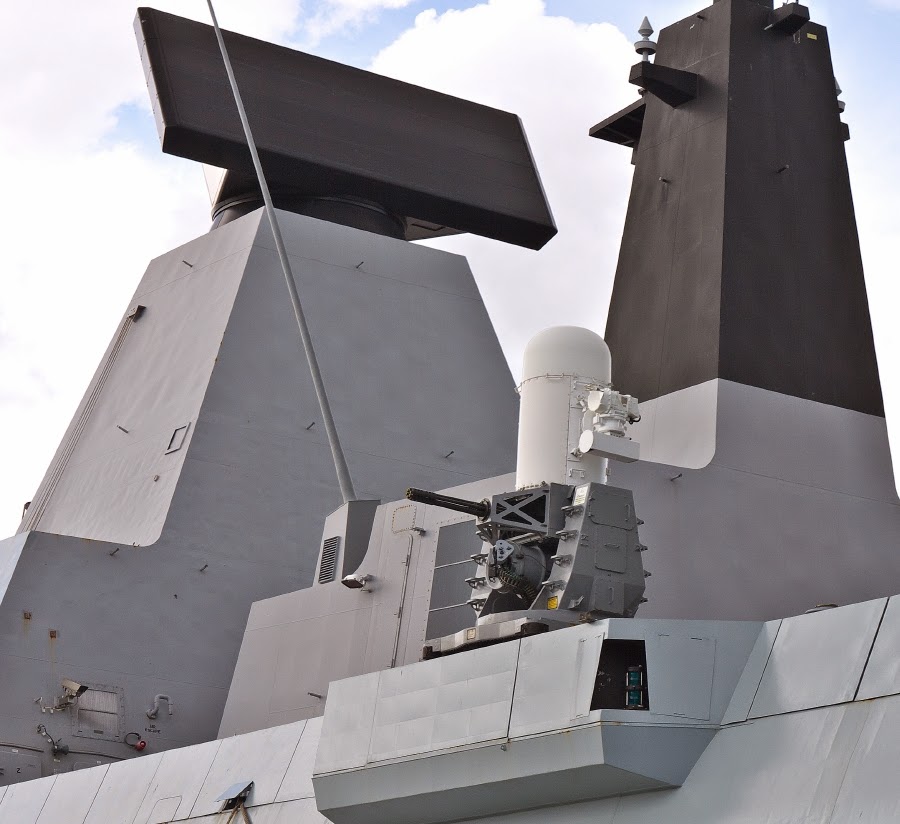 The ship has panels that can be dropped flat, and here's the Phalanx CIWS, looking deadly and shiny in the late afternoon sun.  The interior of the ship was what I'd call a pale Dove grey, I was expecting cream (my research has been into US Navy warships whose interiors are described as such), and as I said to one of the crew; RN ships are painted fifty shades of grey.  It made him laugh. 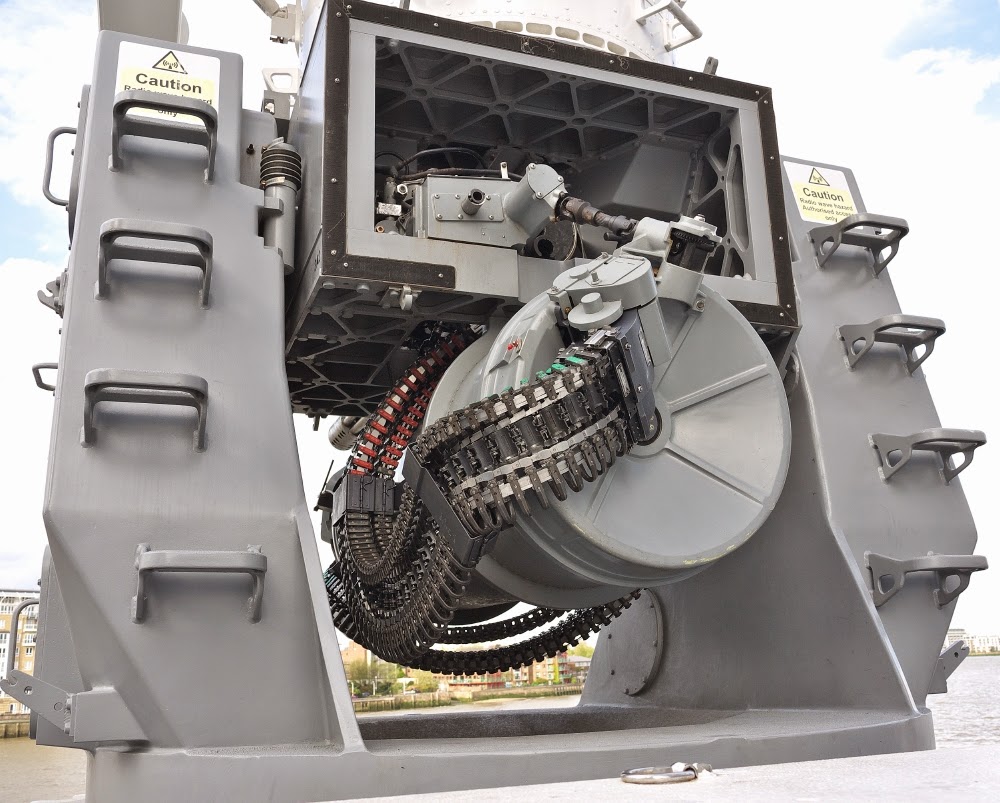 A close-up of the rear for anyone trying to make a model of this. 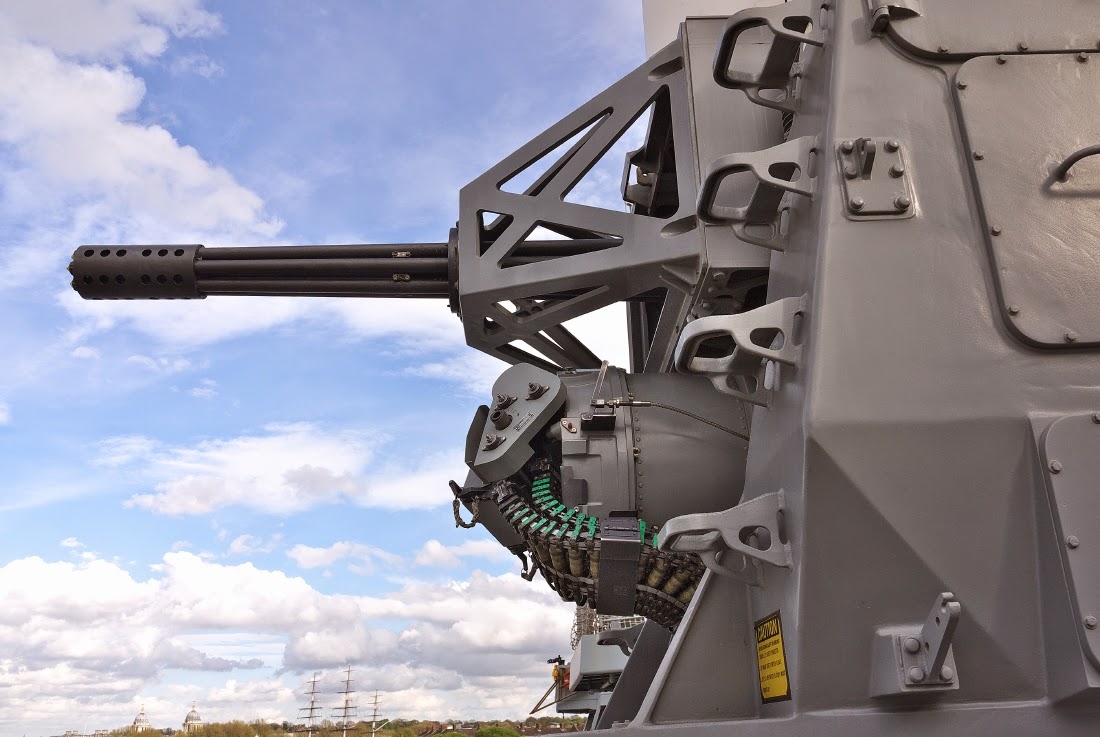 And a close-up of the business end of the 20 mm rotary cannon.  See the shells. 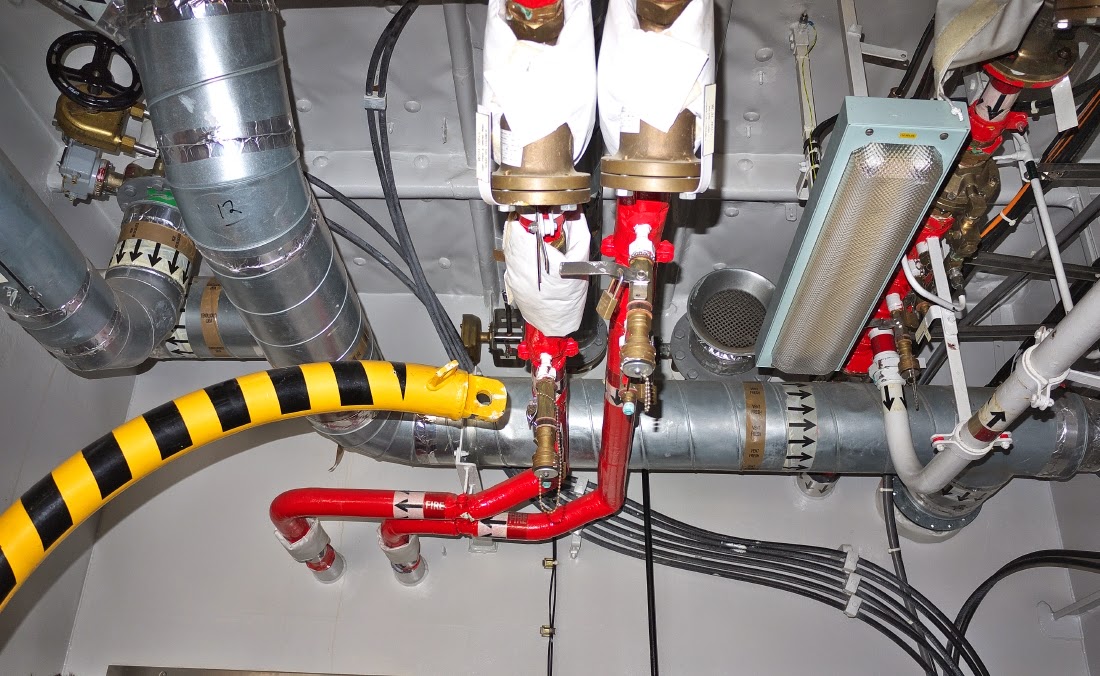 Given I've written a novel set aboard a ship I was interested in the interior fixtures and fittings, so took these two reference shots for research.  What I will comment on is the bare necessities of creature comforts.  The crew have to work around walls festooned with equipments, and I can only imagine that in rough seas one would have to take due care an caution to move through the ship without injury. 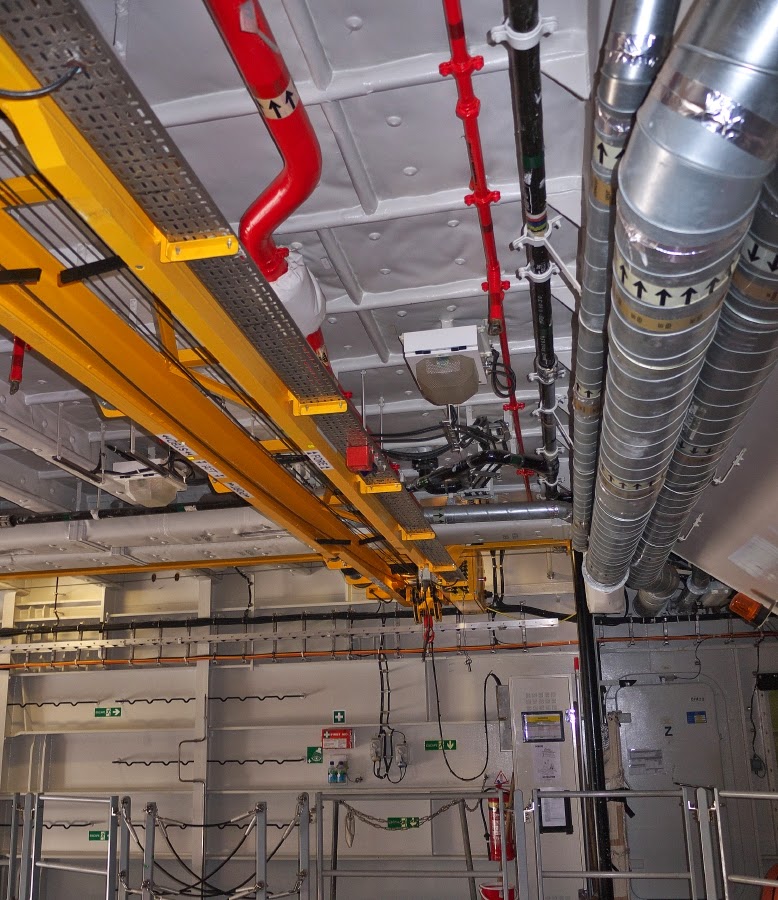 A shot of the hanger bay ceiling.  Isn't that just inspirational for anyone who want to make a model?

Well that's it.  I had a lovely trip around HMS Defender, her crew were not only polite, which was to be expected, but warm and welcoming.  I have to admit the crew all looked incredibly young to me, and were very nice young men and women to talk to.  I can only wish them well, and if I were in charge we would've have built the twelve ships that were planned.

Edit: The other ship we saw on our way in on the Docklands Light Railway was the Méndez Núñez.