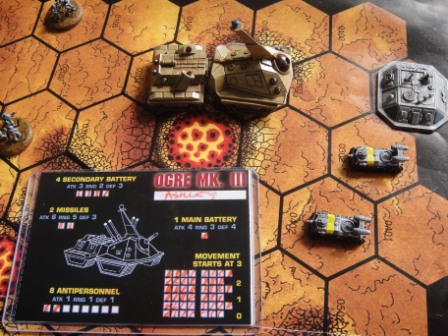 Actually, Ashley means Ash tree of the meadow and alludes to Yggdrasil, the World Tree from Norse mythology. According to legend, Yggdrasil grew on an island, which was surrounded by the ocean. In the ocean depths lay the World Serpent Jörmungandr. Yggdrasil's trunk reached up to the heavens, where the eagle flies, and its branches spread out over all the countries on Earth. Yggdrasil's roots reached down into the underworld where Jörmungandr gnawed at the roots. A squirrel called Ratatosk, which means sharp tooth, ran up and down the tree carrying messages from the serpent gnawing at the roots to the eagle in the canopy, and back. The roots of the word Yggdrasil can also mean terror.

I only say this so that you will know what you are facing. It's a kindness to let you know what you face, and I always tell you what I will do next. Why, because I want to see and learn about those that try to destroy that which cannot be destroyed? Yes, this chassis may be reduced, but I carry on to be downloaded yet again. It is the great game I'm playing.

I download this time into a Mark three that is running the Dancer defence strategy. I pause and decide to delete the sub-routine; it is not my way, not Ashley's way. Too late I am defeated, but I learn, and reappear this time facing the defenders of yet another lone command post set in a wasteland of nuclear fire.

I pause to consider, and then go right, before turning left. The enemy approaches. I tell them I will destroy the GEVs with missiles, fire my main battery on what is left disabled, and my secondary batteries at those nearest to me. Some of the enemy are destroyed, some disabled, and some survive. No matter, I move forward, and then the fire of the first howitzer hits me, and my main battery is rendered inoperative. I still have my secondaries.

I advance through the oncoming fire of the defenders, crushing the enemy armour as I do. Infantry swarm beneath my welcoming branches and die as I fire my anti-personnel batteries. I do not gloat, I do not glow in the glory of war, instead I ponder the chances of the mission succeeding as I my rate of progress slows? The mission is everything; the cost is irrelevant to me, as I will rise again. I grind to halt before the reaching the command post unable to reach out and touch the goal. I am gone…

But then I become aware again. Another command post beckons me, and Dancer returns, but how? I then realise that the Dancer is a different me, another AI, and that we are just doing our job. Conflicts come and pass, first me then Dancer. Finally, I see a pattern. I advance right and then weave left as the enemy GEVs charge towards my left flank too fast, too furious and then I am upon them. Two missiles away and two GEVs destroyed, one falls under my main battery, and the survivor falls to all four of my secondary batteries firing at it.

I monitor the command post frequencies. I broadcast that I am coming, and that I will fire my weapons at all those that come in range. I monitor the silence as the enemy pauses to regroup and reform before advancing again. They are disorganised and become easy targets for my guns. Infantry form forlorn groups and throw themselves at my treads. I grind on. Ever onward, ever forward in my mission. Extra units have joined this fray, but the command post falls under the spell of my guns, and I depart this field to return to my staging area and await my next mission.

I am Ashley a cybertank, this nuclear wasteland is my territory, and I am the terror tree of the world.

Note: This was written in a moment of me channeling my inner OGRE, and I did think about it being my first MiB report? Sense returned though. I hope you enjoy this piece of fiction for what it is?

Addendum: Got a shout out from SJG for this, see here.
Posted by  Ashley at 12:24