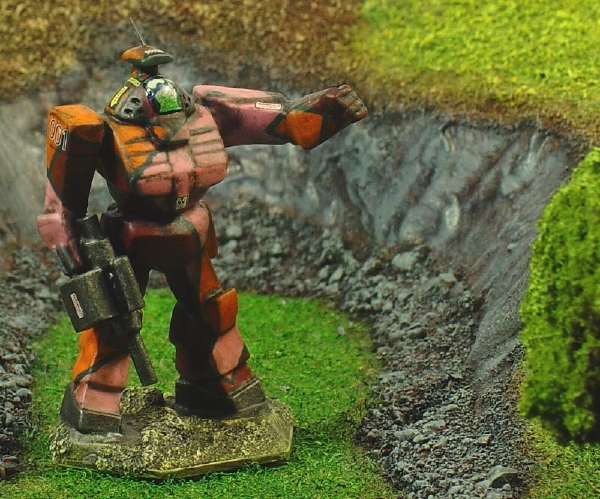 It was my intention after last Saturday's game to sit down and write up what happened. My intention remains, but time is fleeting and I've lost control...

What I will say at this point is that the campaign is surprising me, especially as I'm the GM who kind of knows what is really going on, or at least is seen as the master manipulator of all that goes on. Slipping into corporate speak, this emergent property is down to the synergy from the interplay between the player and myself as the narrative of the story develops.

For instance, we have discovered during the previous sessions that the so called offworld pirates were in fact onworld forces, who then became a bunch of people who oppose the government of Mummerset, and from this place we changed the label from "pirates" to calling them the "Freedom Army of Mummerset, " the military wing of the Mummerset Freedom Party.

The name having also evolved from what had happened during the game, as all I knew as the GM was that I wanted a bunch of people causing trouble and lowering property values on Mummerset.

So, I made all that up as I went along, but it fits the plot of my story.

So what is the story? Well, I hide everything in plain sight, so the story remains the one I set out for the players. They, as representatives of their government, are going somewhere to fly the flag and support a diplomatic trade mission, which is the main McGuffin of the plot; it's all about the getting the Boron deposits.

However, as the story unfolds details get added.

Some are mere trifles that I add to amuse myself, like the names of the characters, or places. Others are big picture stuff to do with acquiring the Boron and the lack of potable water on Mummerset.

Everything else revolves around this, and things evolve from the different goals each faction has.

All the Mummerset factions want technology to improve the quality of life onworld, while the House Steiner faction want the Boron (actually my players want battles, but they also want reasons for having the battles, and they want games that are fun), and it has amazed me how other stuff just falls into place from this when you add one or more other factions who have a different idea on how to achieve the goal of improving the technology base of Mummerset.

Hence the Mummerset Freedom Party, the political wing of the Freedom Army of Mummerset and their goal of removing the current government for the greater good of Mummerset.

One of the things that came out of the previous sessions where the "pirate" attacks were described as "Strike and Fade" was the that the "pirates" had the whole sleight-of-hand, pea under the cup routine going when it came to deploying their forces. This hoisted me on my own petard, because during the last session I thought that the next battle the player team would fight would be the "pirates," but I could think of no way to arrange said fight, and my players were in that zone too.

However, I had more than one faction in opposition and this is what saved my bacon on the day, and from this the dominoes tumbled along until we reached the inevitable conclusion that a battle between President Marx's faction and the Royalist diehard Colonel Whales was on the cards.

And thus I find myself now having to fast track the painting of the Democratic Republic of Mummerset's forces, as the Mummerset Freedom Party I was working on will not be needed next time.