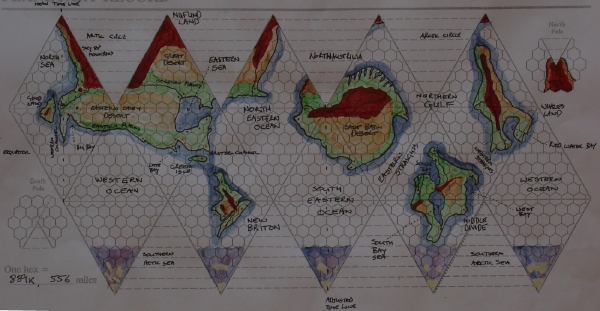 Our intrepid heroes returned to Mummerset for the second day of gaming in my Operation Sandbox Campaign.
The first thing I did was orientate them to the progress of time in game, and calculated that we had reach week 20, which allowed me to announce that the Royal Mummerset May Ball was due where all the débutantes would be presented at court.
Of course the players would be expected to go in full dress uniforms to fly the flag.
However, they were keen to get into the operational planning and analysis of all the data that they had requested at the end of the last game. So I started them with the map you can see above (all the maps are clickable for larger views).

This had been compiled from the orbital satellite imagery they had and the questions started as various points were noted. They were disappointed to find that the scout Captain, the very nice special forces, Bruce Gilmour couldn't find the site where the pirates were landing their dropship, but when he described the enormity of the task it was not very surprising really.
His summary was that there were a large number of suitable sites and nothing obvious had been spotted.

The players then got the report from Captain Franz Heidhenheim of the Northern Lights that the both jump satellites had been check and nothing untoward had been found, like for instance tampering, or malicious code. He had even downloaded the logs of the satellites.
This was a useful thing to have done because it revealed that a far larger number of jumpships were passing through the Mummerset system each year than the players thought from their original briefing.

Over the last ten years a 118 ships had come to the Mummerset system, which was nearly 12 a year, or an average of once a month. A far larger number than the two ships a year that the LOKI intelligence briefing had suggested.
In all fairness to LOKI, they had only been following Lyran trade ships that were registering flight plans, but even so though had underestimated these by about 50% too as there are two different Lyran merchant jumpships coming to Mummerset.

The most regular ships coming and going were the Lyran merchantmen, but the records showed two different Marik ships, two Marian Hegemony traders, a Rim World Coalition and one visit by a Magistry of Canopus vessel too.
Worryingly there were 20 unidentified jumps into the system by ships who had switched off their IFF beacons, making their identification impossible.

The biggest bombshell for the players was being told that due to Mummerset having four moons that there was an oscillating temporary pirate jump point that appeared roughly every six weeks that was about six hours transit time out from the planet.
We then zoomed into the regional map below and the Intel discussion continued.