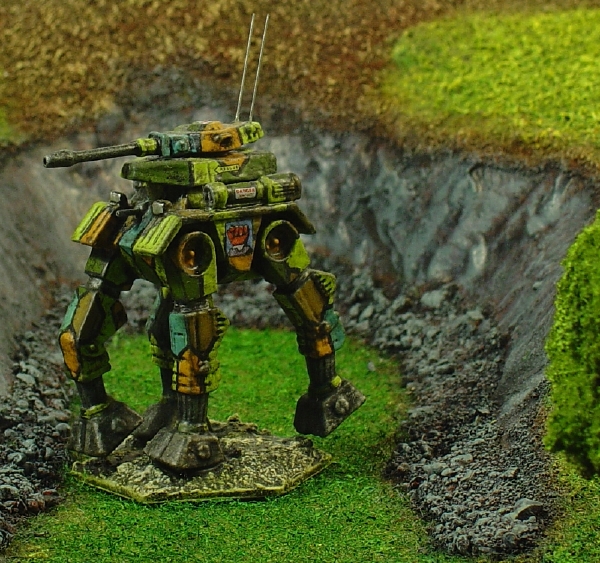 My House Steiner mechs are the third Company I've painted up forBattleTech games. like my Pink Panthers, the mechs are mostly drawn from Fang of the Sun Dougram.

First up is an old school unseen Goliath assault mech, which was called Abitate F44A Crab Gunner in Dougram. This model is pretty much as it comes out of the packet, with just the usual clean up to get it ready for painting. Some people don't like the look of the Goliaths, and it is certainly true that quadraped mechs get very little love in BattleTech.

Next up is another Goliath, this one has however been extensively reposed. I've not seen any other reposed Goliaths around, which doesn't mean a lot in the bigger scheme of things. but probably goes to show the lack of love for this "tanks on legs". I have plans for another Goliath conversion in due course, which will be based on the Abitate F44B Tequila Gunner. 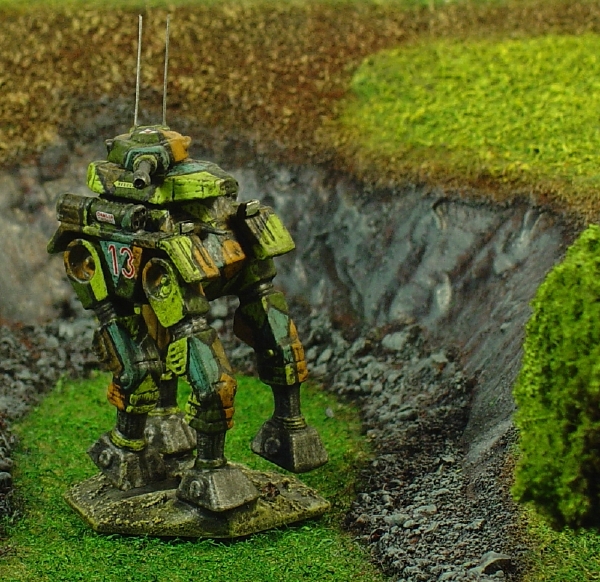 Finally, a Scorpion medium mech, which has had its legs reposed as the original model makes for quite a static look, and to me a bit stilted. Again this mech come from the Dougram show where it was called the Abitate F35C Blizzard Gunner. 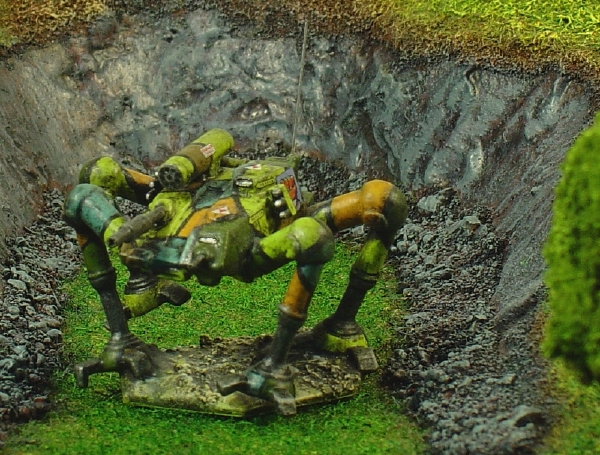 I plan to add, at some indefinite point in the future Abitate F44D Desert Gunner, but have yet to make my mind up whether or not to kitbash one using parts from Goliath and Scorpion models, or converting a plastic Gashapon that I have? 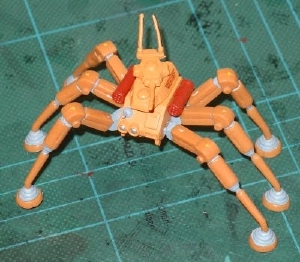