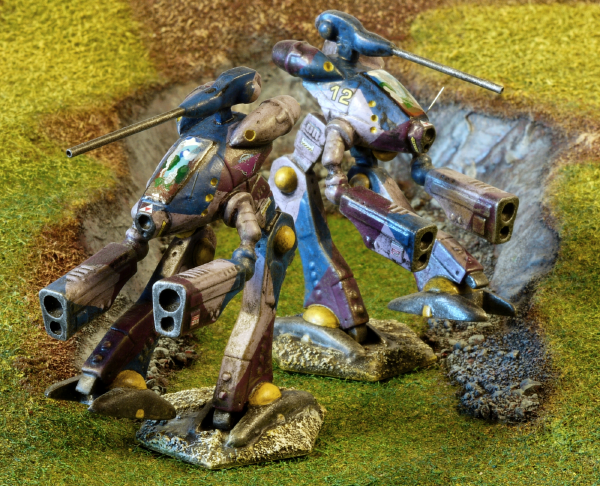 The Marauders are the second of my battlemech company's that I can field. I was hung up about calling them Marik's Marauders, because I wasn't sure I want to tie myself that tightly into the BattleTech universe, but eventually went and decaled them up as House Marik.

The core of the Company is going to be three Marauder battlemechs, two of which you can see above.

The Marauder mechs are of course from Super Dimensional Fortress Macross aka Super Spacetime Fortress Macross, or more commonly known in the West as Robotech: The Macross Saga. The mechs were based on the Zentradi Glaug command battle pod, which later caused FASA and its successor companies no end of problems over copyright.

These were originally painted in pink, but when I got back into BattleTech, a couple of years ago, I decided that I would build my companies around the visual differences between human bipedal mechs versus chicken leg walkers. Hence these got stripped and repainted. The camouflage is based on German aircraft WW2 splinter pattern. 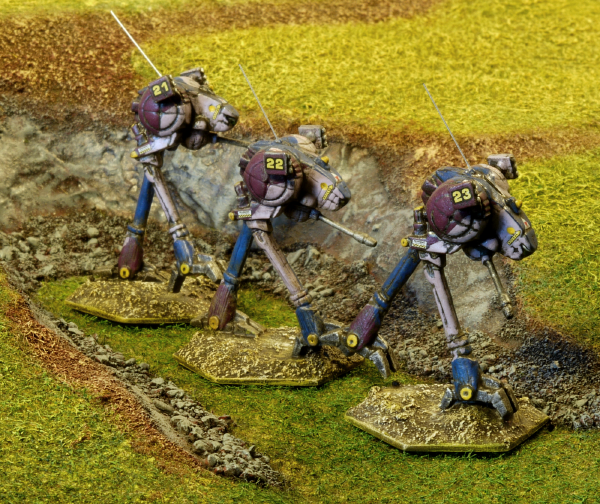 Above are three Locusts that were taken from the Crusher Joe anime series by FASA, where they were called Ostall's (Note: not to be confused with the FASA Ostsol's, which were originally badly rendered versions of the Macross Zentradi Esbeliben Regult battle pods).

These Locusts are used to represent the 1V machine gun version. I have also used these in the past to represent the 1S SRM variant, but I'm now building up three more original unseen Locusts to more closely represent this variant. I'm using the SRM pods from the current Locust that IWM sell, since the parts looks chunkier. 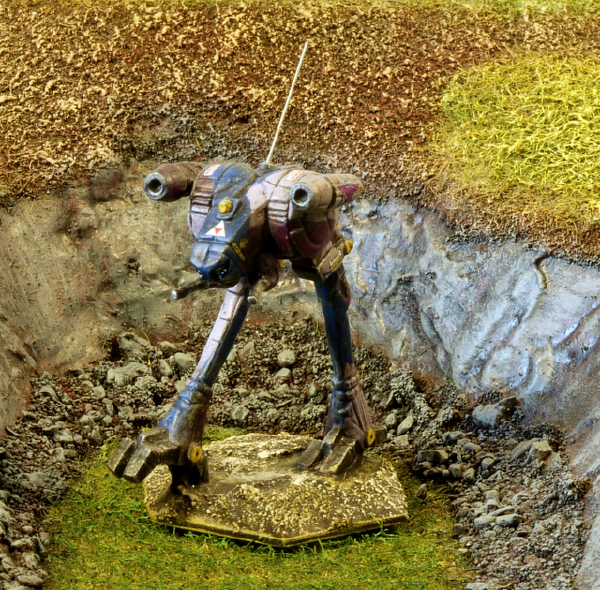 Finally, the last Locust is a 1E variant with two medium lasers and two small lasers, except it's a custom variant where the small lasers are mounted in the center torso.

The reason for doing this is that without the medium laser turret that usually sits there I thought the model didn't look right. When I originally made this Locust I kept the main laser, but the design causes too much armour to be dropped, but YMMV.