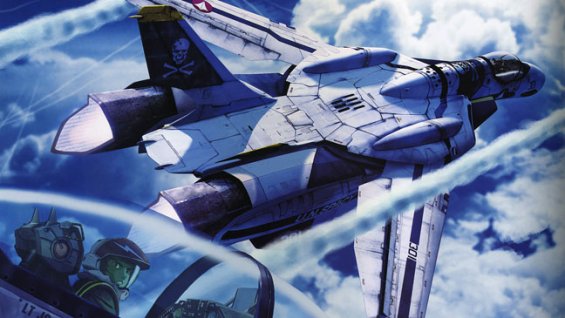 Super Dimensional Fortress Macross has moved one step closer to becoming a live-action movie.  I want to thank Robotech Battles blog for the heads up.  I've also added your blog to my front page blog list as a result.  Should have done that a while ago if truth be told, but them's just the way things happen at times.

Seeing Robotech for the first time was one of those big sense of wonder moments when I was over whelmed by the concepts of giant aliens from space having their asses handed to them by people flying transformable robots.  I guess you had to be there to appreciate what a big thing this was at the time?

I remember Helen McCarthy, who writes about Japanese culture and anime on her blog A Face Made for Radio running an anime fan run video stream at the 1987 Eastercon, where she pretty much kicked Japanese animation into the forefront of UK SF fandom scene by showing Urotsukidoji, otherwise known as The Legend of the Overfiend to an unsuspecting audience, which pretty much made everyone role for sanity loss.

So with Palladium moving towards a Robotech wargame and the now this movie, I see much happy giant stompy robot wargame goodness in the future.  It's heartening for an old time fan like me to see a new generation being exposed to something I love.