Surprise: The Other Fleet 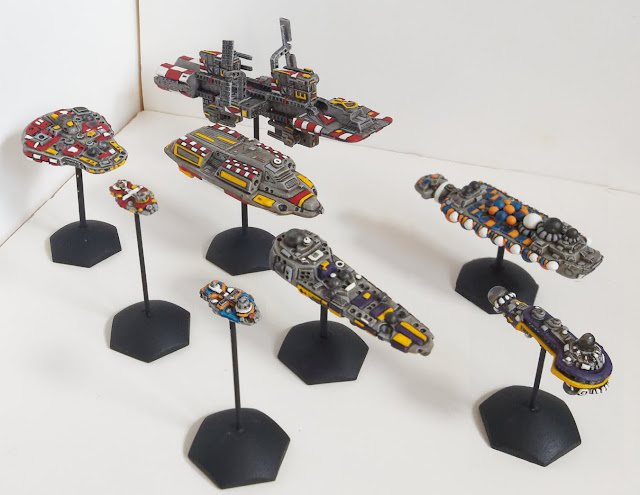 At last the other fleet, after months... on checking back to my last spaceship fleet pot, nay four years... I finally got around to finishing these. I took the opportunity to varnish them whilst doing some other spraying. 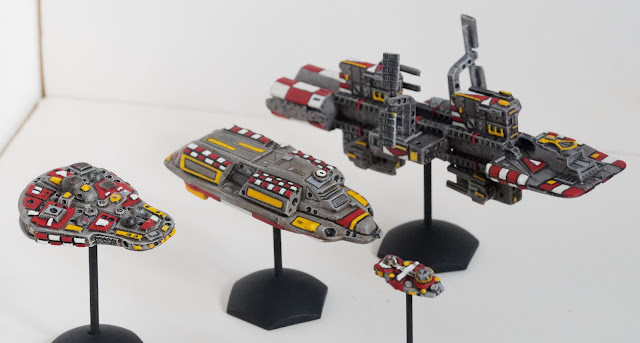 I like to call this my Chris Foss Fleet, because how Chris Foss used to do multi-coloured spaceships that use to adorn so many SF book covers when I was young. 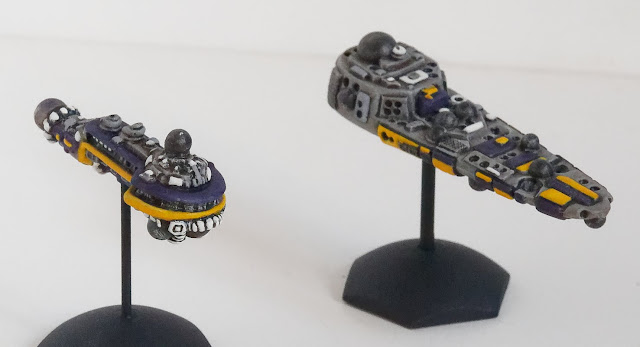 I originally painted these to portray merchant ships. At one time I had plans to run convoy games with the Green fleet as escorts. The reality is if I use them now it will be as privateers. 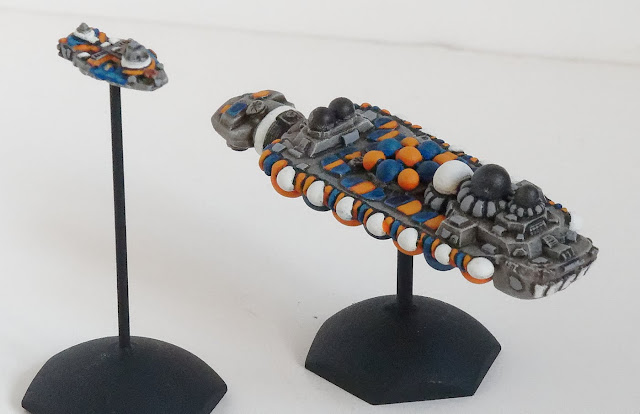 As per usual, clicking on the pictures to enlarge. And finally, the odd one out. A Galoob B5 Star Fury, which I had lying around and decided to tart up back four years ago because I could. 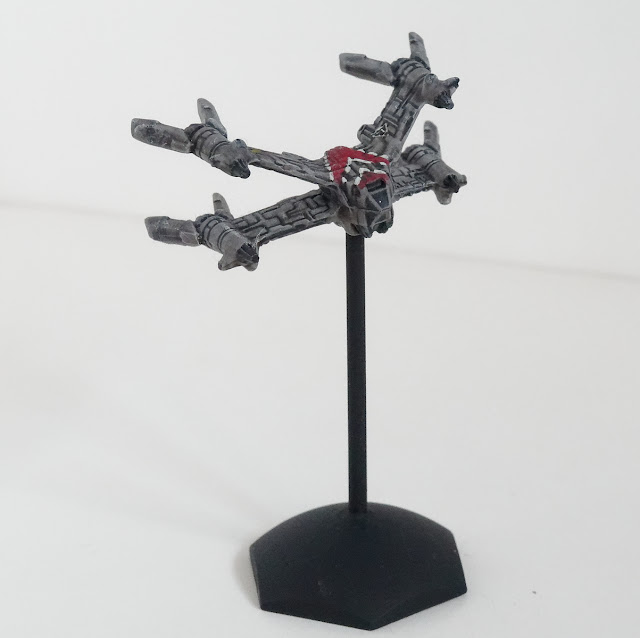 Ah well, at least they're done.