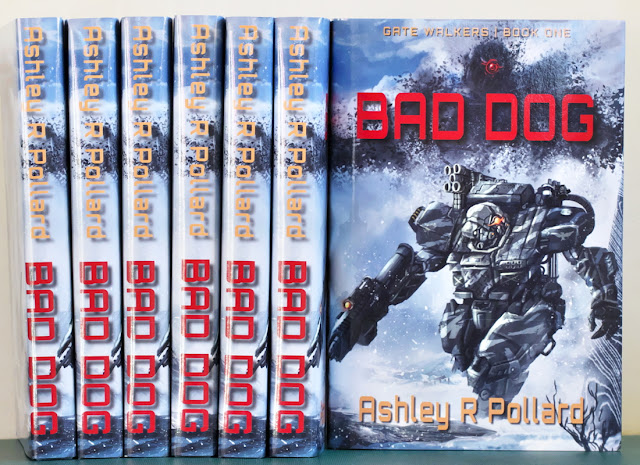 Military science fiction is a sub-set of the SF genre, and readers of mainstream SF novels can be quite divided in their opinions about the merits of such stories.

There have even been editorial opinion pieces in on-line media. The Guardian, for example, ran an article complaining that using imagery of future wars to entertain reveals deluded beliefs that writers hold about modern conflict. The writer then proceeded to use this assumption to divide the genre into good versus bad stories. Not on the merit of the story, but judging them through the lens of political beliefs, and starting their polemic by quoting from Edwin Starr’s song War with its chorus line response of, "absolutely nothing!"

Therefore to write a military SF story as one’s debut novel into the field can be seen as a message about the author’s political stance.

However, stories involve conflict, and stories about war are just about conflict writ large.

Over the years I have commented on military science fiction books that I love, and on reflection my feelings remain the same. Avoidance of, or failure to discuss the importance of conflict, and the cultures that arise from conflict is to put one's head in the sand.

If you've never read any military science fiction I recommend the following without equivocation.

Starship Troopers by Robert A Heinlein, I discussed it more back here. A book that can easily be misunderstood and misconstrued. It's theme is service, and the responsibility citizens have to defend their polity, which I see as a discussion of Greek City States. In short, we can learn from history.

The Forever War by Joe Haldeman, also discussed at the link above, is a book that talks about alienation from society, through the lens of time-dilation, which makes it SF. Far less controversial than Starship Troopers, because it's talking about the human condition, rather than politics.

Orphanage by Robert Buettner, which I discussed here, also talks about alienation of soldiers from society. But in this case, the effects of training to become a soldier, which the title of the series alludes to. Unlike the first two standalone books this is a series of five novels.

The Heritage Trilogy by Ian Douglas starts with Semper Mars. I discussed it here. It's a favourite of mine, but it also talks about culture. In this case, the culture of the Marines, which is a lot of fun. And it's a trilogy of trilogies.

The Compleat Bolo by Keith Laumer. Again the first link will take you to where I discussed his work. This collection of stories about self-aware tanks are seminal to the concepts of artificial intelligence in the science fiction genre. I recently re-read my copy to reacquaint myself with the tales, which was a surprise, because my recall of them was different than the experience of the re-read.

It gave me lots of ideas for my The World of Drei homage to Laumer.

On that note, I will finish. More in part two.