I'm in the process of making up a third variant of Tachikoma's Dog. This is based on the description of her combat armour in the Gate Walkers book three, Ghost Dog. I started the project knowing I wanted to add an over the shoulder mount.

This third Dog is "loaded for bear," mounting a large rifle, as well as sporting a rocket pack.


As you can see I took a backpack from a Stone Mason twin-set which I had bought a while ago from Dream Pod 9, when you could only get the Stone Mason in pairs. So, this leaves me short for making up the other model.


I started to make up a recoilless rifle using a Dream Pod 9 part, called a very light field gun. I even added exhaust ports. I was feeling very pleased with the work, but thought the barrel was a tad long and needed shortening. Which I did. 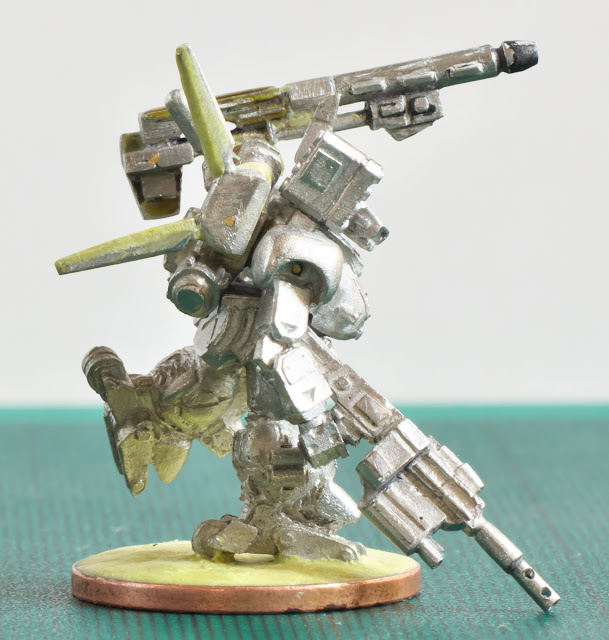 However, I'd forgotten what I wrote in my novel, wrongly remembering I'd said she used a recoilless rifle, whereas in fact I wrote recoilless gauss rifle.

The gauss being the important part of the description. 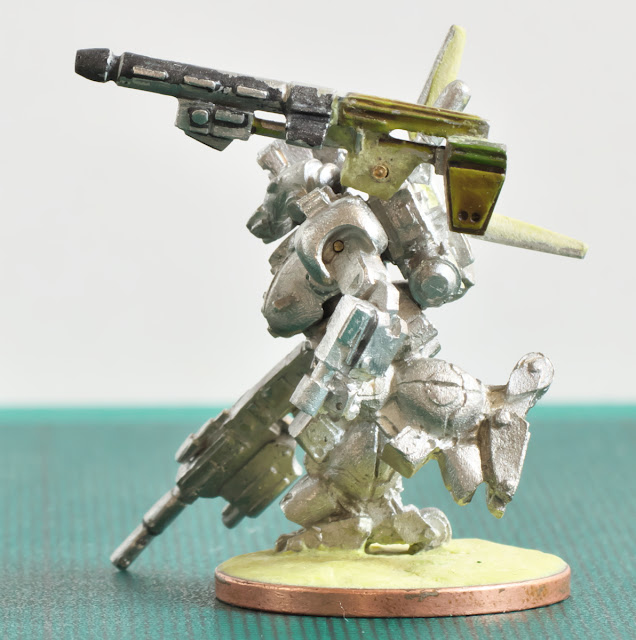 There was some cursing. A gauss rifle is an entirely different beastie, and more to the point a design that I have already made on two previous occasions.

After discussions with Fritz, one of my specialist Beta readers, I realized I needed to think more about Corpsman Keith's role. As a result, I'm putting him in a Corpsman's combat armour suit , which will appear in book five; Dead Dogs (provisional title). So I've started to make up Marine Engineer combat armour suit, which I've teased elsewhere.

Before then though, I need to finish writing Two Moons, which has an Army engineering combat armour suit, which I'm also currently designing.

More will be revealed in due course.

NB: You can see how the models are used to inspire the cover art for my novels here.