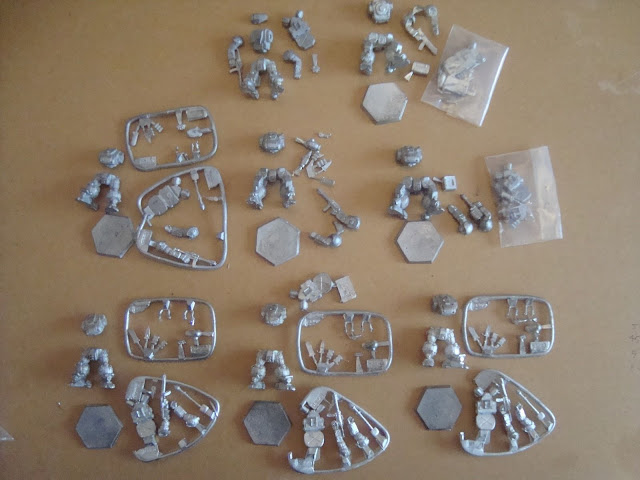 I have scored seven Southern Jagers and one more Northern Hunter off eBay.  I've gone from not having enough models for a full squad to being able to make up two squads, which means I now have a Southern Milicia force to face my Northern Guard.  I can't begin to tell you all how insanely happy this makes me, and here I was thinking I'd never get into Heavy Gear, what with being the old BattleTech grognard that I am.

And here are the other pictures from the RAFM catalogue of Southern Gears I found online, with a list of all the models issued.  Again, those listed in bold are those I've managed to get hold of.

So as before, I have a plan, which is to finish painting my Northern Guard before moving on to make up a squad of Southern Gears.  After that I'm thinking of going back and making up my Grizzly, Jaguar Firestarter and Mammoth Northern Gears.  I now have a box full of old RAFM Gears, a veritable lead mountain, stashed away for a rainy day.