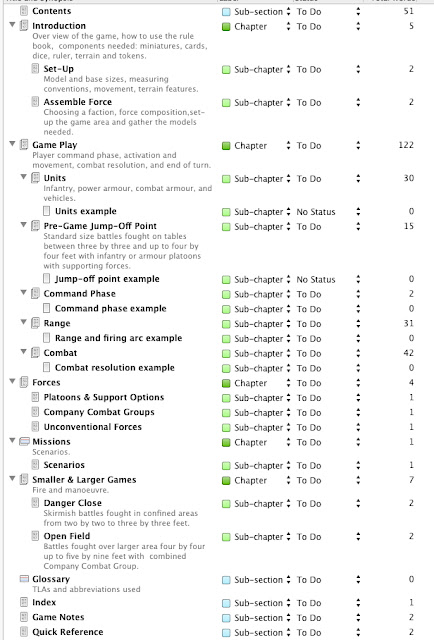 The above picture is a teaser of the Table of Contents for the Bad Dog draft rule-set that I'm working on.  Of course there's the small matter of all the text.

Whether or not I will complete writing the rules is dependent on a large number of variables, which when you boil them down are based on time and money considerations.

The latter being quite easy as I've been a big fan of this scale for a number of years.  But the rules will also be able to use 6 and 15mm miniatures without any major concerns, and larger figures if one is prepared to do some scale conversions, and have a big enough playing area.