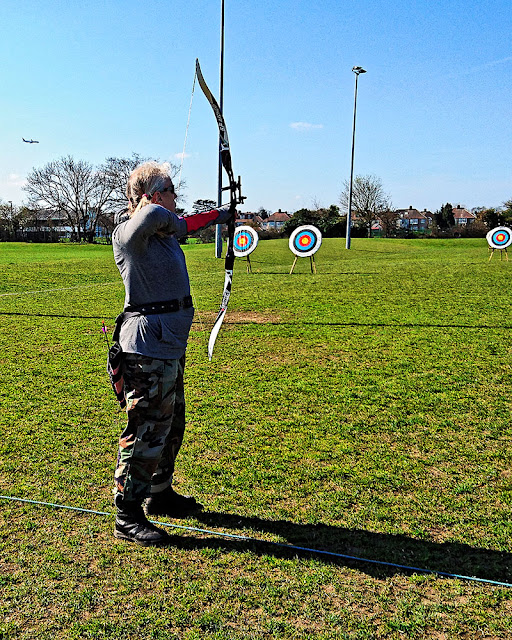 I'm still doing the archery and I'm now shooting at 50 yards, which was a big thing as when I first tried to shoot at 40 yards I could barely hit the butt, let alone get a decent group on the target.  Not that I'm doing much better with regards to getting groups, but I am getting my arrows mostly onto the butt, except when I don't – down to inconsistent form i.e. draw length, posture, and release. 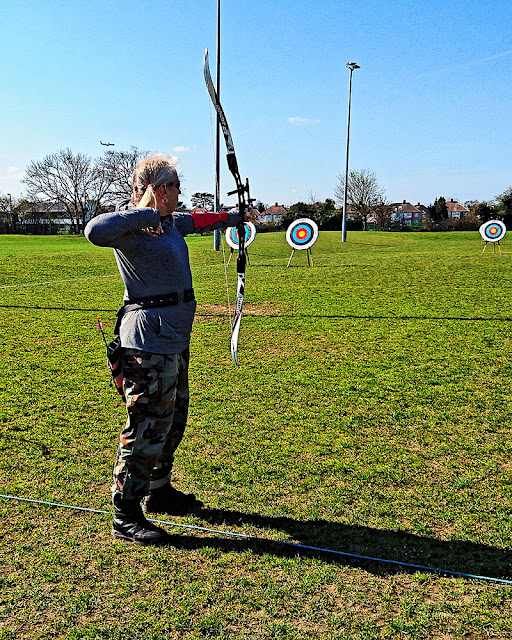 As you can see the weather was fine, which was a first and I'm really looking forward to being outdoors in the nicer weather.  I also got to try out my partner's bow and hated it.  It felt wrong in my hands, which is not that surprising when comparing the pull weights.  Mine is 18 pounds, hers 24 pounds.  It makes a big difference, and in RPG if a character were to pick up a bow for example, I would make them role at a disadvantage to hit until they got used to it (mandatory wargaming content). 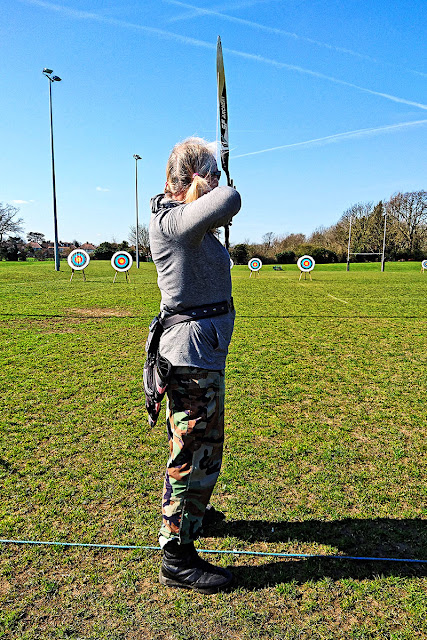 This week I had a total wobble moment when Sailesh, my coach, told me to set my sight arm out to the maximum length after we finished shooting four dozen arrows at 50 yards for the next round of shooting at 40 yards.  The reason being I couldn't for the life of me understand how I was now able to reach 40 yards with the arm so far forward and the answer of, it changes your sight picture just did my noodle in.

Susan and I discussed it later and went through how the length of the arm has less effect on the angle of the shot as compared to moving the sight post up and down.  That and the fact that after four months my form has improved but I hadn't realised it until I changed my sight.  Oh well, live and learn.