I had painted the infantry a basic green, but then I found myself thinking that they looked a bit boring, and I didn't want to go down the route I took with my 10mm House Steiner infantry, as that would be even more boring.

Fortunately, I saw a post on the SJG forums and some really nice paint done on some infantry, which I found quite inspiring, and can be seen here. Scroll down to see the finished infantry. So here are mine ready for the Dragonmeet demo on the 1st of December.

Here you see 60 stands of infantry, divided into three battalion's, representing the infantry component of my 7th Demi-Brigade Légion Étrangèr (7DBLÉ). For those of you who are interested, after the French Revolution the use of the word regiment was frowned upon, because the "regi" part of the name come from royal, and anything royal was out of favour, hence demi-brigade. 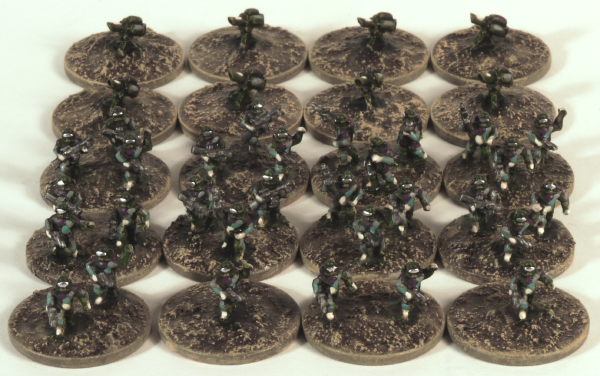 Each battalion has eight one shot heavy weapon stands. The game specifies three 18 man platoons per company, with four company's per battalion. Strictly speaking therefore, in game terms, the battalion is six figures short of being a full strength unit, which would be about 36 men in real life. Close enough for me, and quite in keeping with historical precedence, as very few units run at their full paper strength.


One gets variant poses, which can also be tweaked a bit to add some more variety. 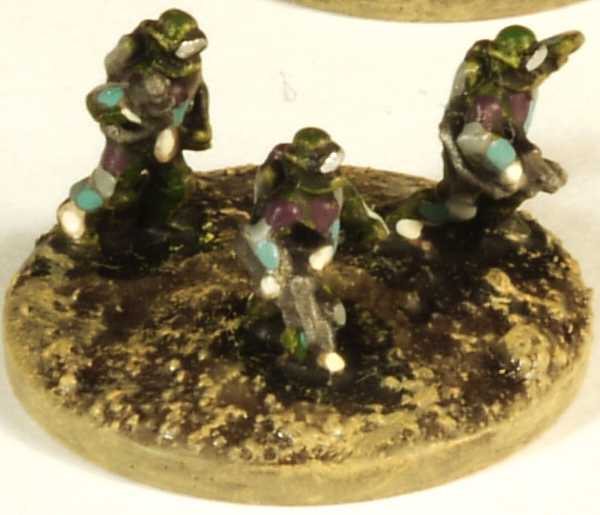 An extreme close-up of one the three figure squad representing an 18 man platoon, which has made me  go back and re-read my camera manual on various aspects of colour balance and exposure and retake the pictures here. 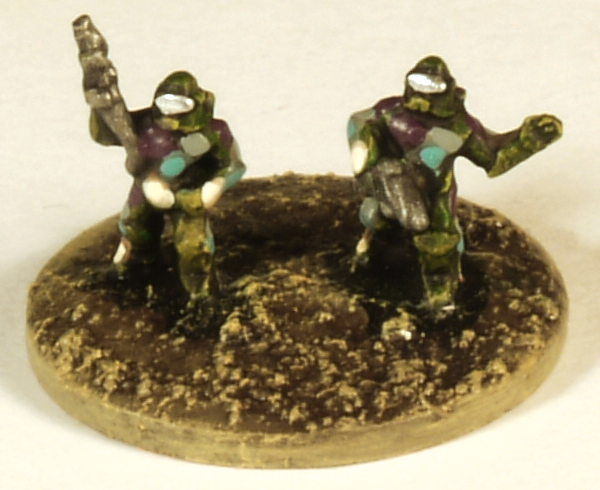 Two figures on a base for casualty reduction tracking. 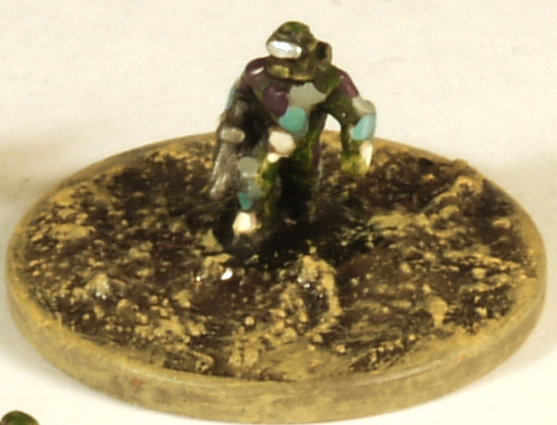 And the last of the unflattering extreme close-ups on one figure, which is also for casualty tracking. By my calculation these pictures of my figures are at five times their original size.

So all the infantry are now painted and ready to rock on December the first when I'm helping the MIB run an OGRE demo game at Dragonmeet. See you on the bounce.