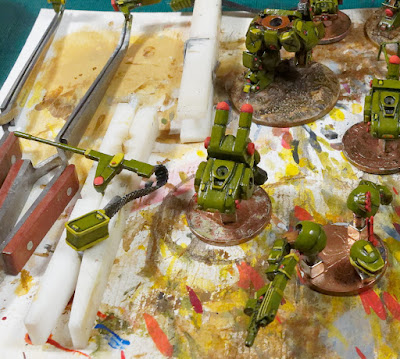 I've been painting this weekend. I've managed to take these one step closer to being finished, but no matter what I seem to do, my progress is slower than snail snot. Above is the Marine commander's CASE-2XC Dog combat armor suit (what I call the mecha in my novels).

This is inspired by the VOTOMS Burglary Dog variant that I like.

It's converted from the running pose that came in the RAFM Southern Azure Devils. The backpack is from Long Fang Black Mamba, modified with twin comms (red tipped protrusions). 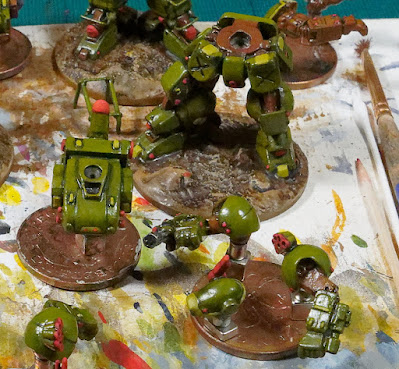 Above is the other Marine CASE-2X Dog combat armor suit I've been working on. Not seen is the ammo chute for the rotary cannon, or the missile pack that will go on the left shoulder.

Below shows the Army Ape CAS-1-Mod 1EV combat engineering suit. Again, not showing the swing arm because I forgot to put into into the picture. 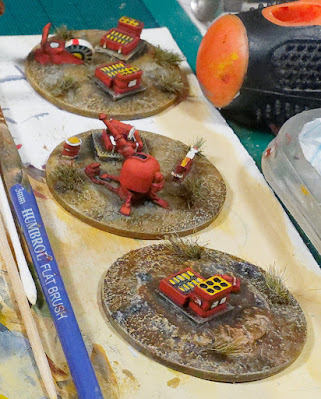 So, slowly getting there. I hope to get these finished soon, and then begin using them for some more play-testing of the rules I'm working on.

I have lots of ideas, and things I want to do, but time seems to slip by me faster than a very fast thing.