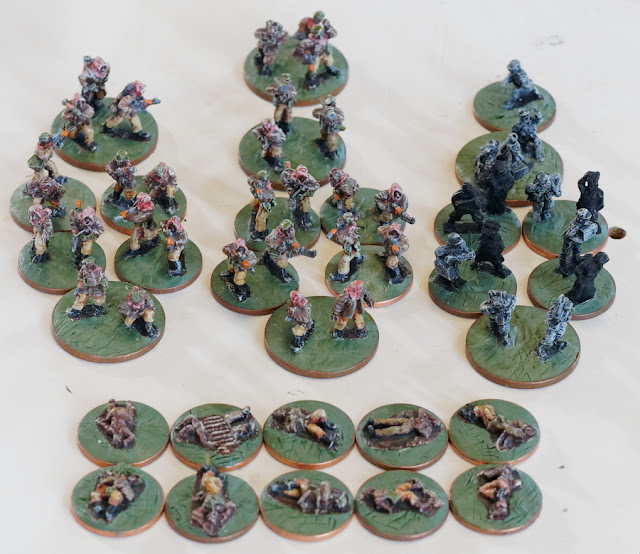 I've been busy working on the rules! Got a whole bunch of words written last week. I'm deep into the infantry construction process, which at points was doing my head in as I noodled different ideas and running numbers. 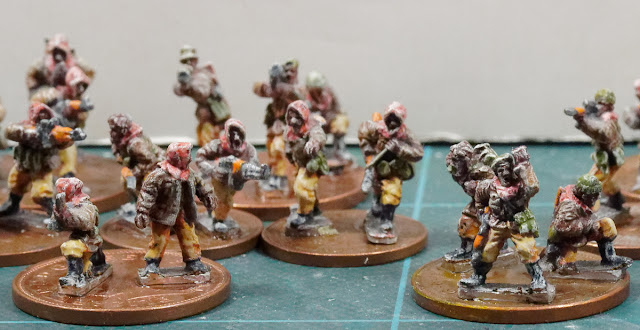 Edit: to add a close-up of my insurgents.

I finished sculpting the seats for the Gunstriders. These are my idea for near future equivalent to Technicals.  Highly improvised walking platforms converted from Nakamura Robotics product; The Oshiguruma SDR: Search and Delivery Robot.

Slow going because it seems to take forever and a day for Kneadite or Milliput to harden.

So I've spent more time making other odds and ends, and stuff, as one does. In this case making a couple of tracked drones. One for my insurgents to use. The other a robotic fork-lift truck. 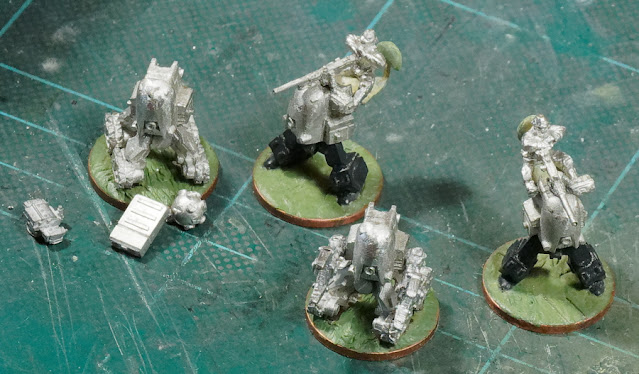 Here's another thing I made. A Jump-Off point for the rules, which will mark where troops can come onto the table.

An idea from Chain-of-Command that adds something to playing wargames that can be difficult to achieve: hidden movement, ambushes, and reserves. 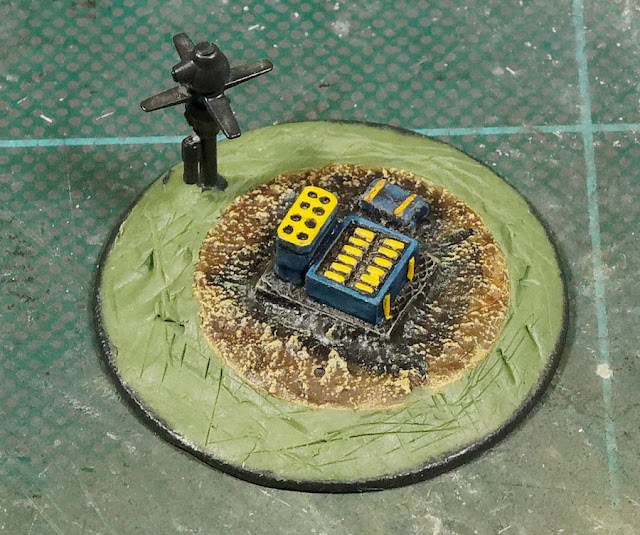 And, whilst rebuilding my Toyota Technical I showed previously,  I found myself cutting apart another RAFM Gear, which was a surprise as I hadn't intended to start another conversion until I finished rebuilding the open cockpit crane mech.

So much for discipline.

That's all for now. Catch you all later.