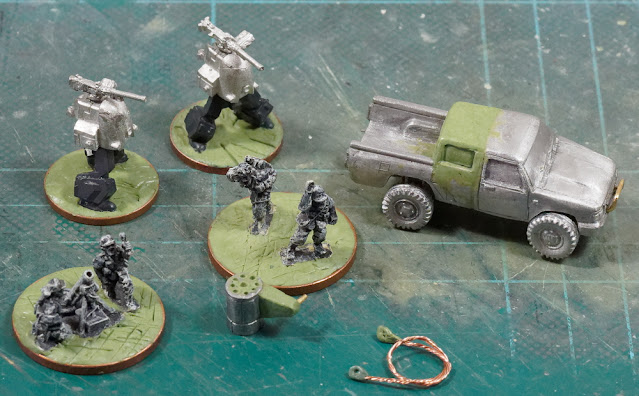 I was just sorting out some Heavy Gear miniatures to send a friend, rummaging around in my spares box, but a moment of m̶a̶d̶n̶e̶s̶s̶ inspiration overtook me and I made some insurgent Improvised Power Armor, inspired by the anime show called, Obsolete.

Having made them I needed a name. So I ran a thread on Facebook that generated the  following list of names:

With so many names to choose from I ended up making a poll: 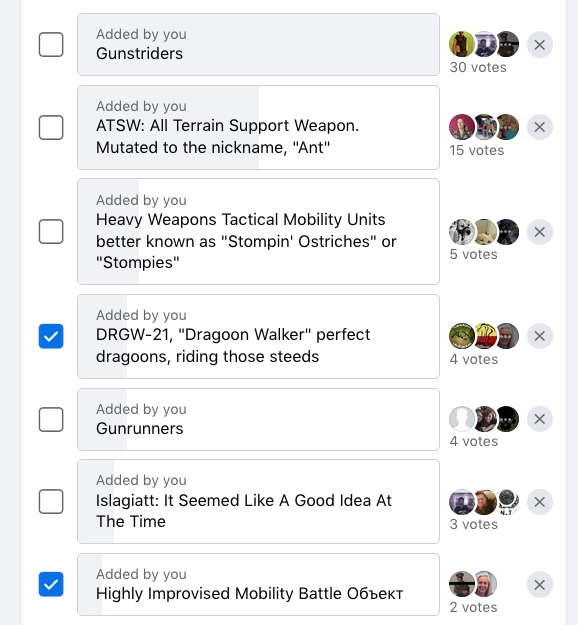 Gunstriders finished first with 30 points; twice the votes of the next closest contender, the ATSW Ant with 15 points, which was three times more than HWTMU Ostrich/Stompies with 5 points. So Gunstriders will be the official name in the upcoming Bad Dog rules.

And to finish, today's post, I found this picture of the game banner for OHMU War Machine, which you can read a review of on Board Game Geek. 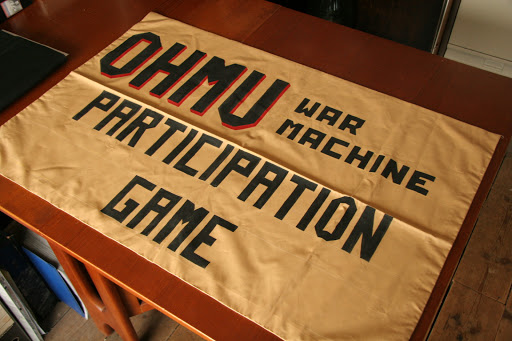 That's all folks. Catch you on the bounce!