I'm back from a holiday in Provence, and during my week in the south of France I was taken out for the day to a Medieval Faire in Venasque.

My French wasn't good enough to follow the presenters spiel, but the demonstration was understandable. 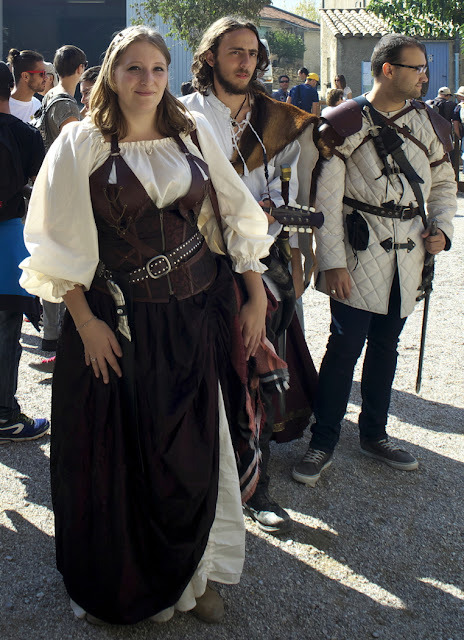 The authenticity wasn't always 100% pucker, and there were Orcs in amongst the re-enactors, but all the same people went to a lot of trouble to dress up, which is what counts.

One of the Orcs.

These people we thought were meant to be lepers, but were Cagot, which we read more about in a newspaper about French news written in English.  For those who are interested in reading more Elizabeth Gaskell wrote a book called An Accursed Race, which can be downloaded here.

There were people dressed as lepers with bells on them, which is how we knew they were meant to be lepers, but I failed to snap a picture of them. 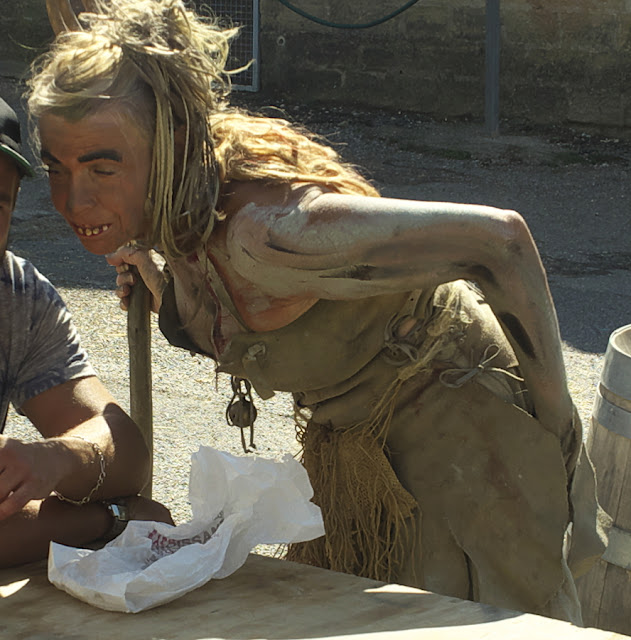 And there was archery demonstration, and how could we resist having a go?  Susan shooting, and getting a bruise on her arm for her trouble. 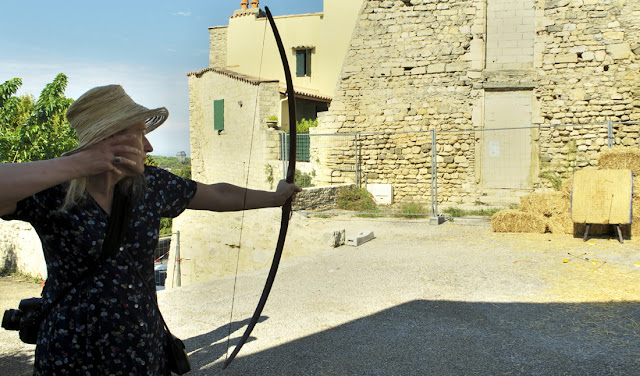 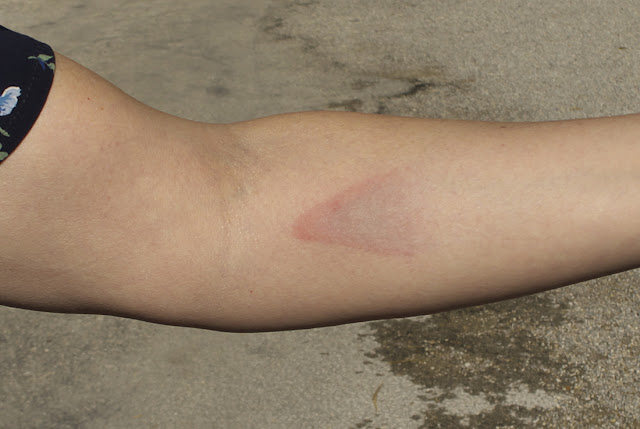 And no I didn't get a bruise on my arm, but there again I shoot modern recurve bare bow, whereas Susan shoots longbow, which requires a different technique.  Late edition update, a picture Susan took of me shooting. 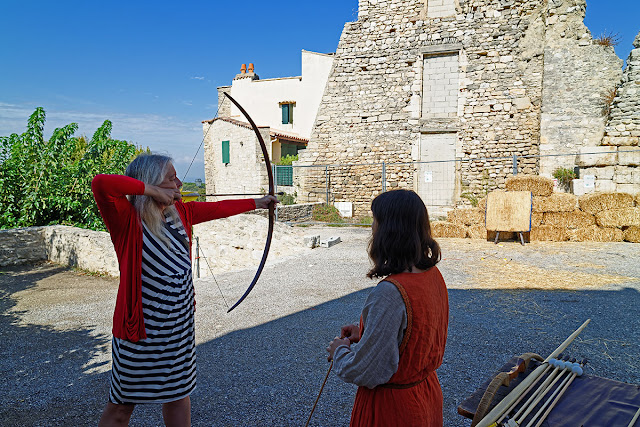 And finally, there was a cute dragon the kids could ride on. 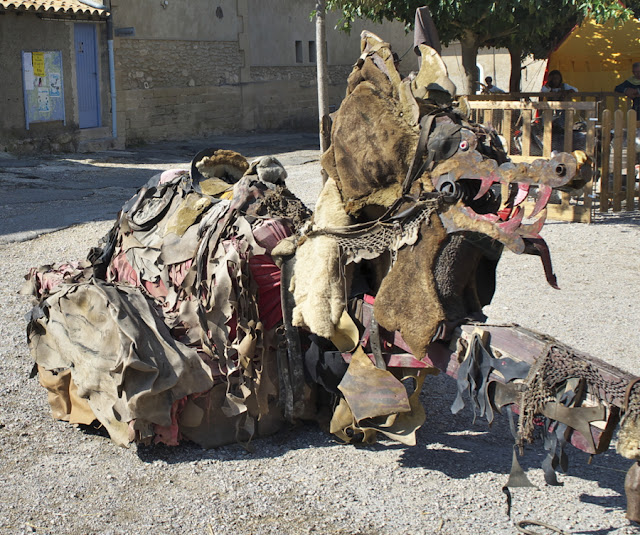