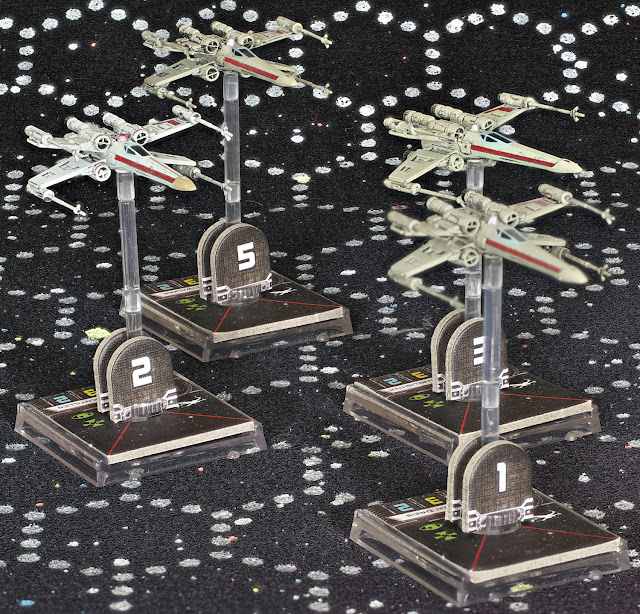 My collection of Star Wars miniatures has been growing slowly mostly down to me being broke.  However, now I'm working I feel I can treat myself to adding to my force because why have one of something when two is better and three or more is better still.  This probably counts as a wargamers mantra, along with oh look shiny!

Besides, this is a game I actually get to play, so I have actual motivation to keep adding to my force.  Though my recent X-wing purchases have been for my Godson and his sister who are both big Star Wars fans and who enjoy playing the game when I go and visit them.  We fly around the board making pew-pew noises and complaining about Dodgey Luke getting all the luck.

Anyway, my plan is get another two more X-wings and then re-touch the paint to make them look like the six main Red squadron craft at the Battle of Yavin.  I have compiled shots of the studio models and will do just enough re-touching to hint at each of the named pilots. 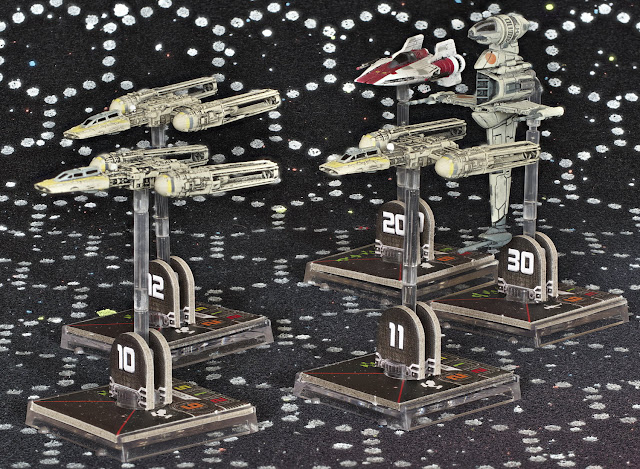 While we don't see A- and B-wings in the original film they are, I believe, canonically supposed to have been there, just off screen, lurking or something.

The Y-wings are of course for my Gold squadron.  Again some minor paint changes will be made to make them look more like what we see on screen.  It took me forever to realize that the markings on the top of the cockpit meant: one stripe for Gold Two and two stripes for Gold Three – dividing the band into two and three stripes and the Y-wing without a stripe was Gold leader.

At some future point, when finances allow, the Fantasy Flight Games Rebel Aces set with the different paint schemes for the A-wing and B-wing will be acquired.