Here are the finished Heavy Gear models that I've converted to represent the combat armour suits in my novel Bad Dog.   The above shows my February submission to the ongoing TooFat Lardies Vis Lardica 2015 painting challenge.  What I have here are two sets of jump off point markers, three stone heads from Dream Pod 9 for a mission objective marker, and two much modified Heavy Gear models.

Here are close-up pictures of my finished Heavy Gear models that I've converted to represent the combat armour suits in my novel Bad Dog, which are used as recon units, or for Special Forces operations where getting conventional vehicles into the Area of Operations would be difficult. 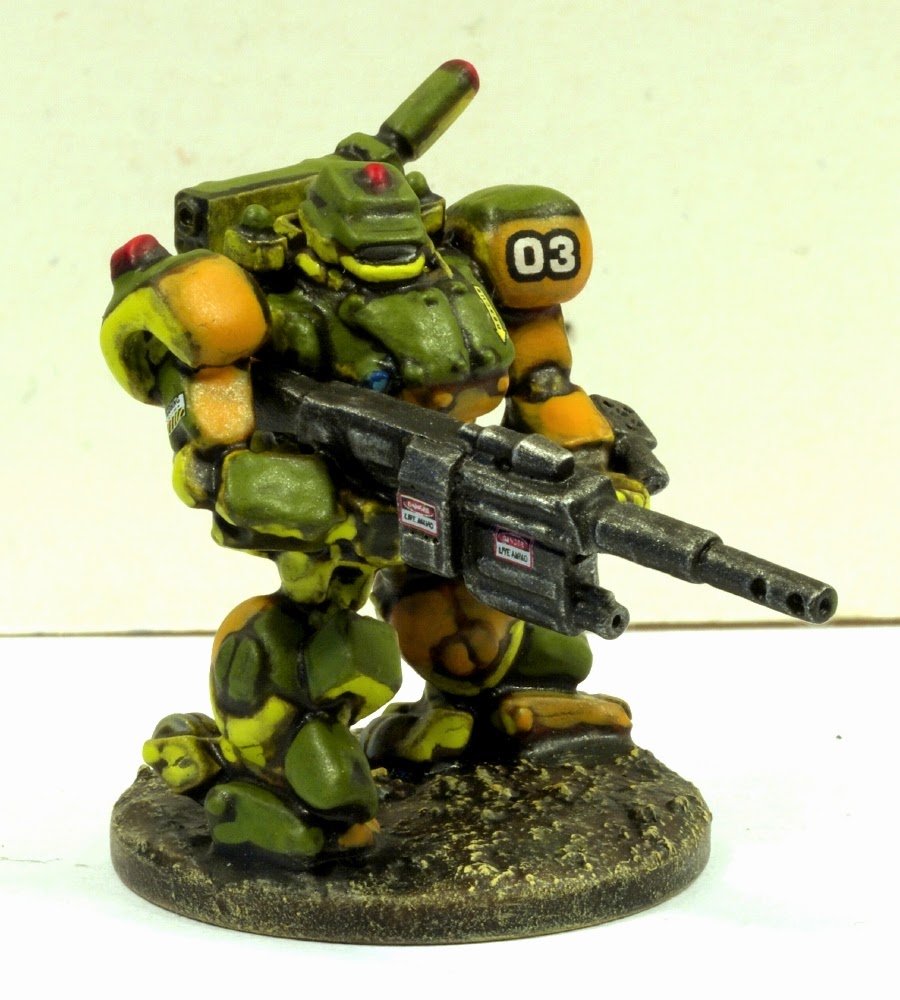 This miniature shows the CASE suit in its stripped down configuration, to maximize speed.  Therefore it carries a basic load-out consisting of a M41-AC2 20 mm auto-cannon with a Mk 30 40x53 mm under barrel grenade launcher, and on the left arm it has an inbuilt snub nosed Beowulf 50 cal anti-personnel weapon. 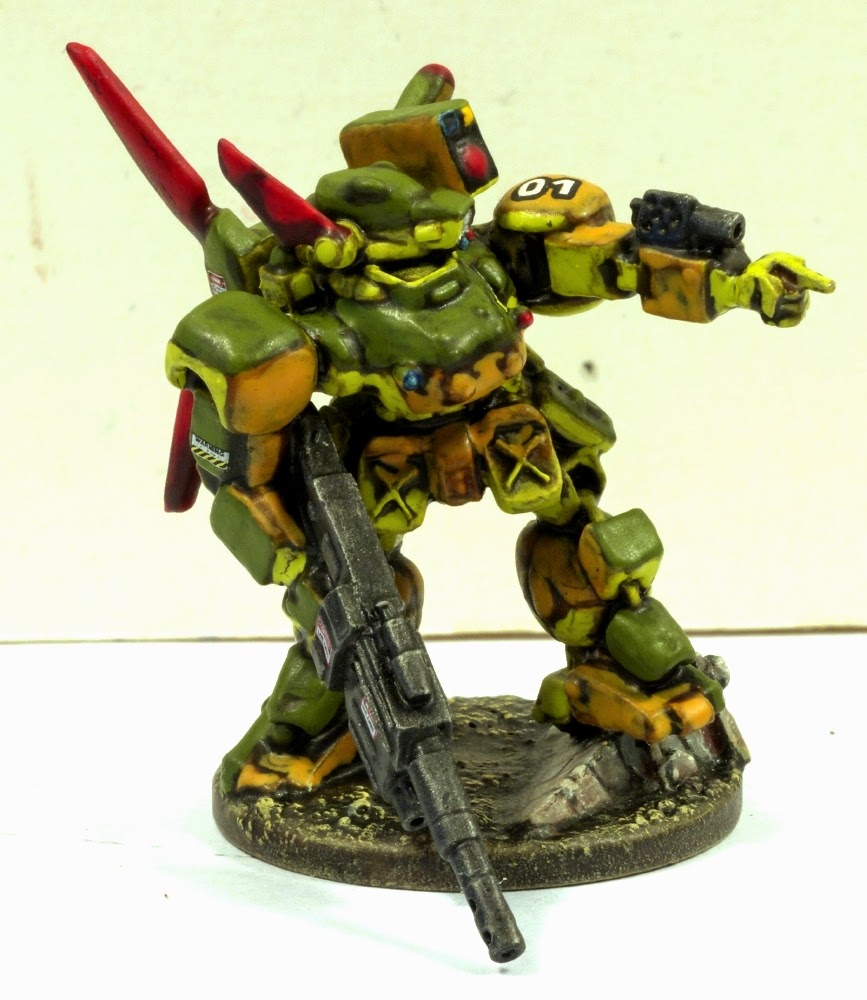 The second picture shows the CASE-2XC (Command variant) that officers ride in to control their command.  Again the CASE suit carries the basic load-out, but has a one-shot anti-armour missile pack on the right shoulder.  Added to give the commander some defensive capability against vehicles, rather than an indicator of putting her in the front-line as such (think TOWs on Bradley recon IFVs).

I have also received another packet from Dream Pod 9 with more Jagers, a Kodiak and for some reason two Diamondbacks (I must have had a reason for doing so, I just forget what it was).  So my plan now is to start fiddling with the Kodiak and Diamondbacks to make up the next Bad Dog universe combat armour suits. 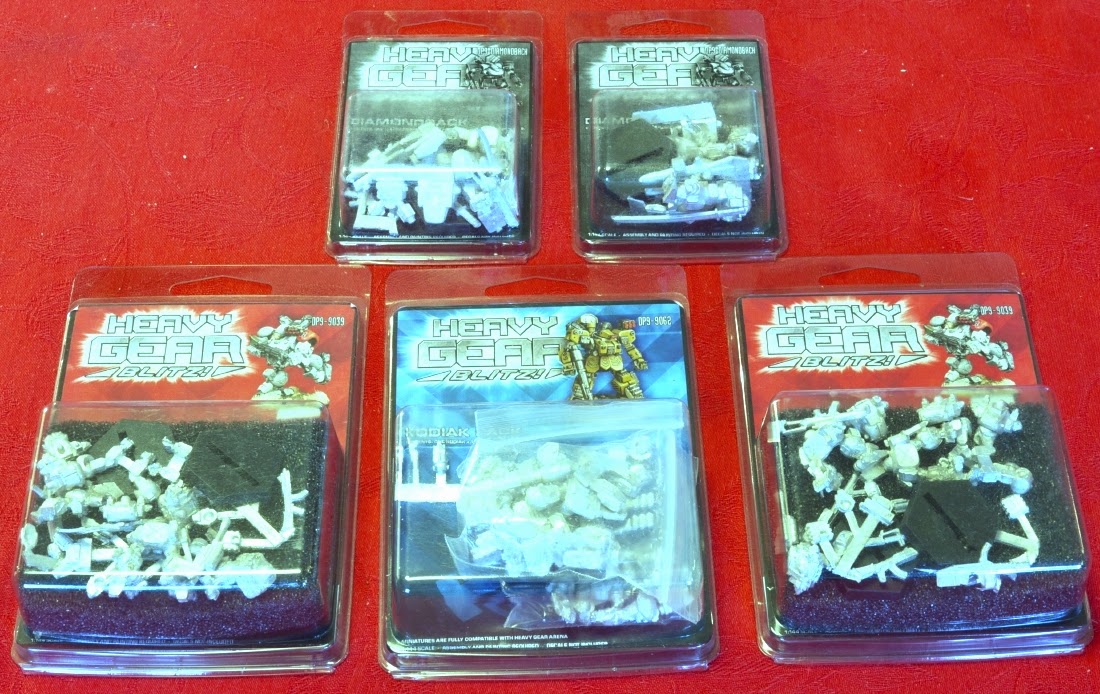 Finally, I also thought that the stone heads turned out really well too.  So here's a close-up. 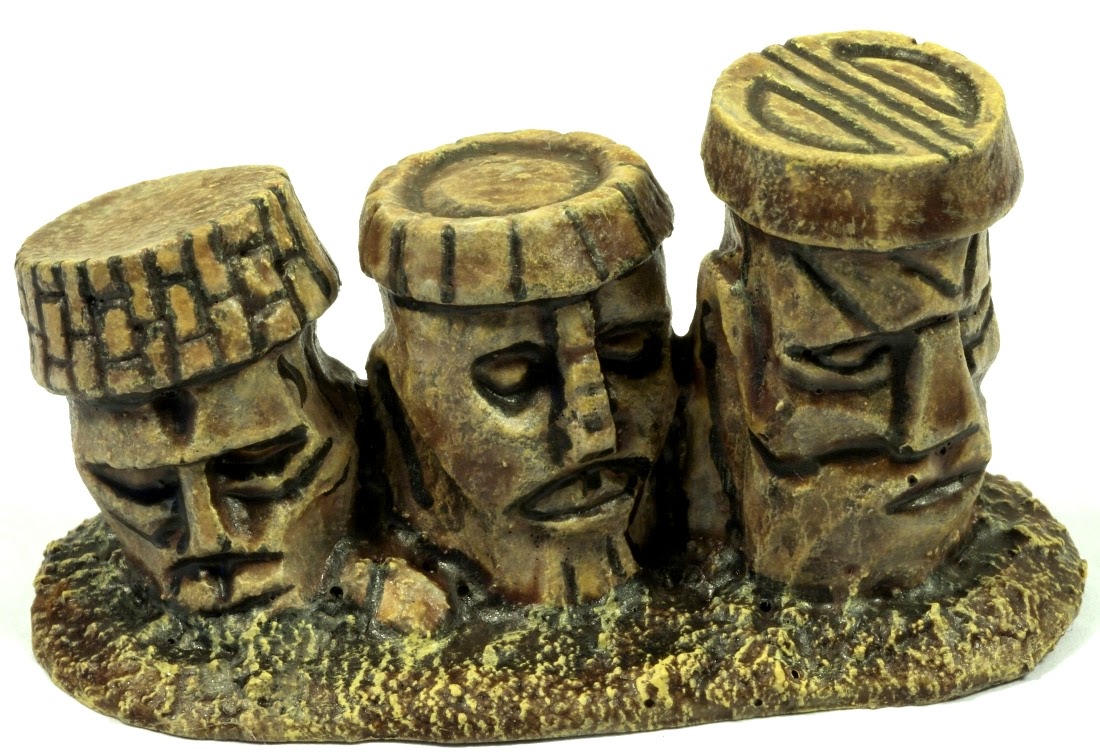 NB: Edited pictures as feedback suggested the pictures were rather dull and didn't show my painting off at its best.