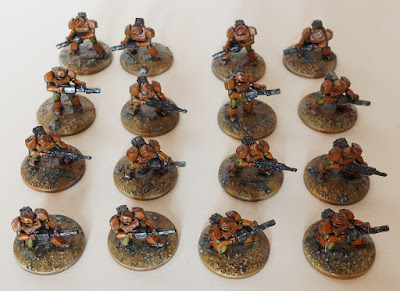 And the first post of September to make up for the dirth of posts during August, here are my finished combat androids (X29 Blockhead Battlesuits from RPE). Sixteen figures in six different poses.

Tempted to get some more of these to be able to field two 12 figure squads, but I'm currently brassic (that's broke for my American readers who don't do British slang).

And just added a picture showing the six different poses.

I also made two jump off point bases. These will come in useful for the next stage of play testing Big Little Wars. And look, tufts. Will the wonder never end?! 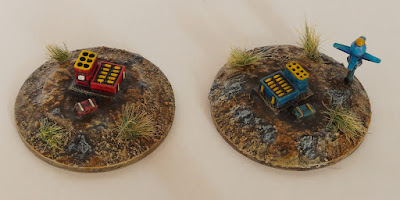